Poland must understand the special relationship between the United States and Germany, writes political scientist and philosopher Marek A. Cichocki 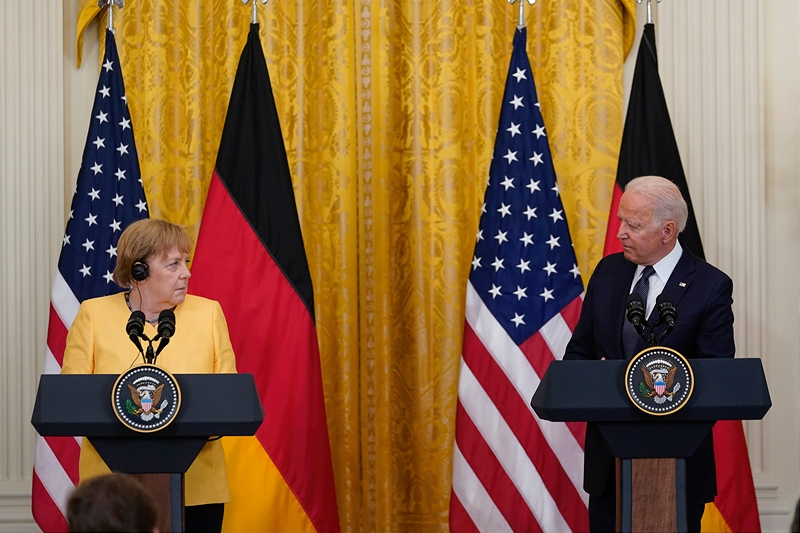 In current commentary about the American-German agreement concerning Nord Stream 2, there has not been a moment to more deeply reflect on the cause for Washington’s unconditional support for Berlin in Europe.

Poles have a well-established view of America and its policies towards Europe due to the Cold War, and this view is less and less attached to reality. Since 1989, Poland has usually made the mistake of believing that everything can be brought down to the rivalry between Warsaw and Berlin for America’s favor in our part of Europe.

Yet relations between America and Germany towards Europe have a very specific character and do not stem purely from geopolitics. The historical-cultural context between these two countries is not without significance.

I believe that France understands this deeper aspect of American-German relations much better, especially following their own political shock in the 1950s, when Washington decided to re-industrialize and re-militarize West Germany.

The reconstruction of West Germany following the war and the later permission for unifying Germany was part of American policy directed towards establishing Germany as the USA’s main partner in Europe. The United Kingdom, which has withdrawn from the continent, is not that partner. Neither is France, and Central Europe most definitely is not.

Americans still believe that modern Germany is their most successful political-cultural product which will allow for Europe’s stabilization.

There’s something more as well.

All one needs to do is read Francis Fukuyama or Fareed Zakaria to understand how much the liberal intellectual, cultural, and political establishment in America cultivates the positive image of the modernization of the Prussian state’s traditions in European history: administration, rule of law, education, science, and economy.

What heavily influenced this image of Germany in America was the migration of German intellectuals and scientists who fled the Weimar Republic prior to Hitler. Moreover, they often also solidified all the worst stereotypes about Central European nations abroad. Especially in this case, Germany showed itself to be the best-organized state in Europe.

Nevertheless, this most certainly is not the only image of Germany in America, as shown by Donald Trump. It is, however, a very influential image, and Poles should be aware of this and remember it.