75 years have passed since the deadly Allied bombing of Prague

Prague should have never been the target of Allied bombing 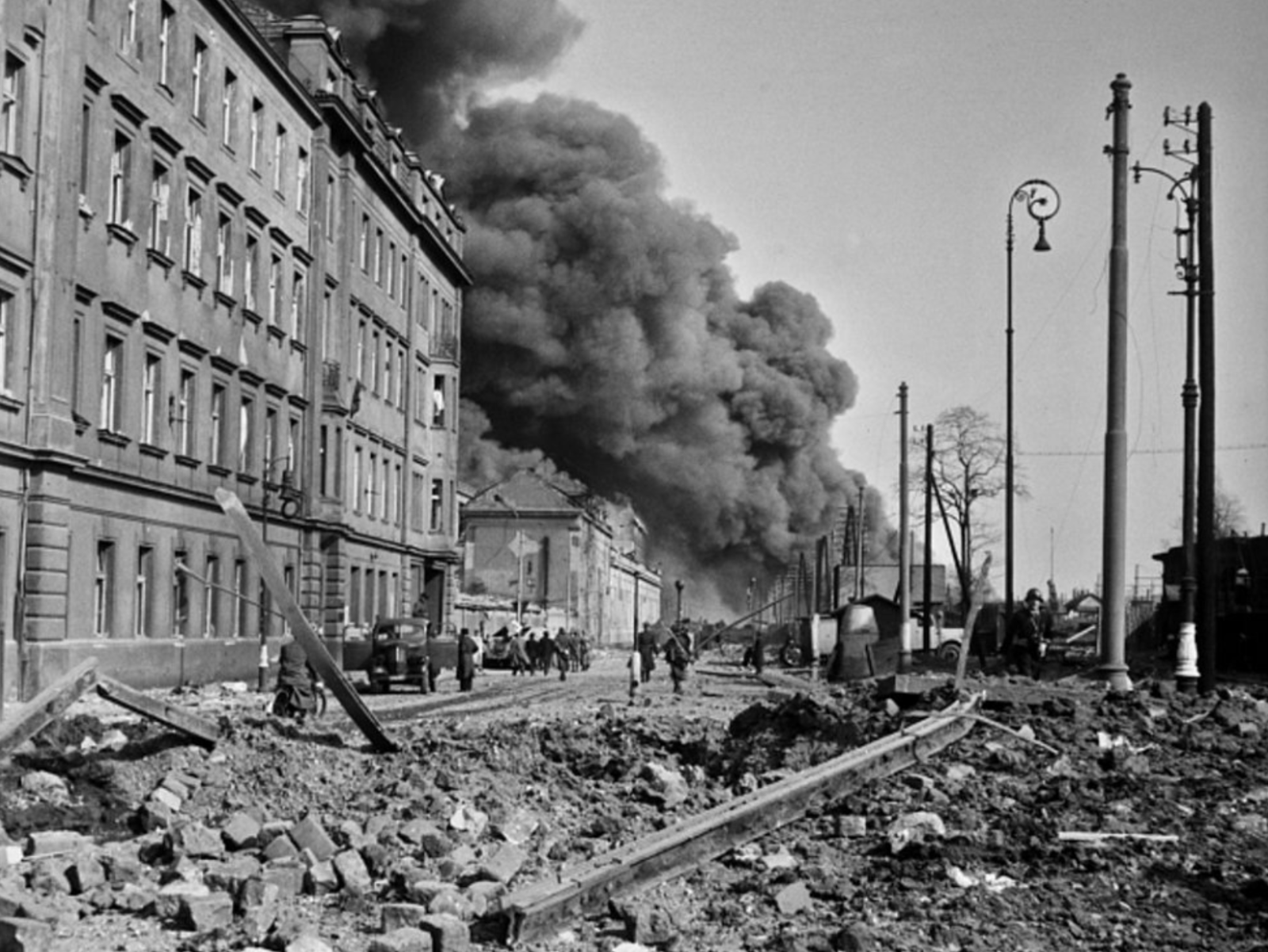 Tragically, Prague was never meant to be the target of the devastating attack.

On that day, almost 1,400 bombers and a 1,000 fighter planes launched from the 8th Air Force base of the United States Army Air Forces (USAAF) in the United Kingdom.

The planes were aiming to strike the German targets of Dresden, Magdeburg, Chemnitz, and Wessel.

However, the European sky was cloudy, and 62 of Flying Fortress bombers deviated from their course while flying over the Netherlands. The comparative navigation system used at that time was practically useless while strong northwest wind complicated the situation even more.

To prevent the bombers from being detected too soon, the crews kept radio silence the whole time. Furthermore, the onboard radar of the navigator-in-chief stopped working, and he had to make do with only his watch and a map.

In such situations, navigators usually tried to identify some notable spots like cities, rivers, river confluences, busy roads, or railways.

The original point of reference was the town of Zwickau. Due to navigation error, however, the bombers had already arrived near Pilsen in the west of the Czech Republic, which was located near Zwickau. Once visibility began to improve, similarly oriented railways led Americans to believe they were headed to the right German target of Dresden.

Instead, the 62 bombers were mistakenly nearing the city of Prague, which was occupied by Nazi Germany at the time.

Some pilots were aware of a mistake

After the war was over, some pilots admitted that they knew they were heading to Prague instead of the right target of Dresden. But the declared radio silence made it impossible to share information with the bombers leading the formation.

The consequences were unmistakable, with Americans dropping bombs across the historic city. According to contemporary witnesses, the U.S. commanders tried to hide the bombing when they realized the gravity of the mistake.

A minute of sheer destruction in Prague

However, the bombs destroyed many other places in Prague, including the Vltava river embankment, hundreds of houses, a hospital, and monuments.

The first estimates four days after the raid reported that 413 people were killed, 1,455 suffered injuries, and 88 were missing.

Five days later, the German report stated even worse numbers: 605 dead and 1,437 injured. Among the dead were 42 Germans, of which 27 served in the Wehrmacht and one in the Waffen SS.

One of the bomber group leaders later said, “Although some of navigators weren’t sure whether this was the right target the deputy commander did not let them talk about their doubts – that would have meant breaking the radio silence. They went off course near Freiberg, from where they started their bombing run. They saw a city with a river flowing from south to east, similar to the Elbe in Dresden, and dense residential areas. After the raid, a few navigators said they thought it was the wrong target. But they did not know until they landed that they had bombed a civilian area of a friendly country.”

Tragically, the pilot of the lead plane was Harold Van Opdorp, who was actually a Czech citizen who was “born and bred in the city” of Prague. Due to the bombing, two of his family members were killed.