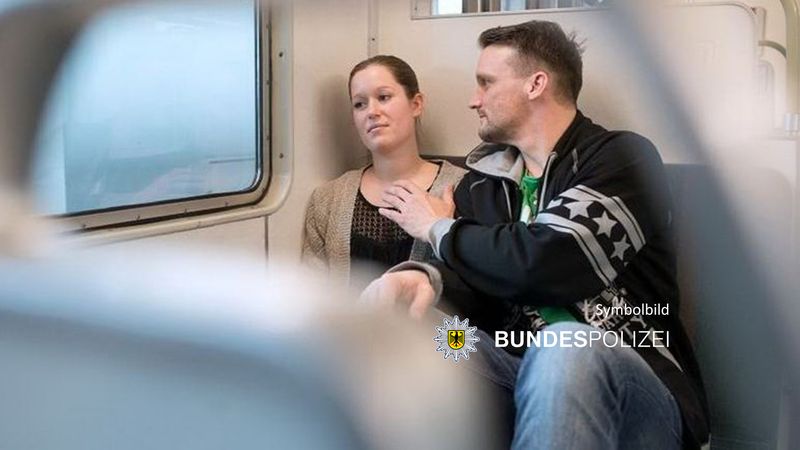 A 31-year-old African migrant was arrested by Dachau police officers for sexually assaulting and threatening a 15-year-old German girl last week, but the assault sparked further outrage after the Munich police department posted a stock photo of a white male to describe the crime.

According to the police report, the teenage girl said the African male first spoke to her at the Dachau train station at 10 p.m on a train headed for Munich.

After becoming uncomfortable with the encounter, she fled to another part of the train, prompting the Eritrean male to follow her. After sitting next to her, he began stroking her legs and tried to kiss her in her genital area.

She tried to flee again, but he grabbed her and reached under her T-shirt and pants.

She struggled free again, but he told her at the Röhrmoos S-Bahn stop that she should get out with him and threatened her. He then tried to grab her arm and took her cell phone.

When she refused to go with him, he threw her cell phone back on the train and fled from the scene. The girl then ran to another part of the train where another man helped her.

The good Samaritan got out with the 15-year-old at the Vierkirchen station and informed the police what occurred. In the vicinity of the Röhrmoos train station, Dauchau police officers apprehended the 31-year-old Eritrean suspect who lives in the Dachau district.

The federal police are investigating the Eritrean for sexual harassment and threats. The 15-year-old girl identified the suspect by sight after he was in custody.

The Munich police report and a subsequent post from Bavaria’s police department on Twitter sparked outrage from social media users over the police department’s choice of a photo.
One Twitter user said the photo simply did not reflect reality and police should have simply used a photo of an empty train.
“It would clearly have been better to show another picture without people – maybe an empty wagon inside or a train outside. This “symbolic” image does not correspond to the long-term reality of sexual assault in the country and has misleading framing,” Twitter user @3epnm wrote.
“Very nice photo illustrating harassment of a woman by someone from Eritrea!” wrote another user.
Daniela N. wrote, “Something is wrong with this stock image. But I can’t figure out what”.
Some users pointed to the outrage that would have followed if the police chosen a stock photo of a black male for a crime perpetrated by a white male.
“Clear case of racist whitefacing,” wrote one Twitter user.
“I am missing diversity in the stock photo they chose,” wrote @Joe_Mei.

In response to the comments posted on Twitter regarding police using a white male for its crime report, the Bavarian police commented on the thread, saying they would discuss the matter internally.

“Thank you for the numerous comments. We will discuss your comments and opinions internally,” the Bavarian police department commented.