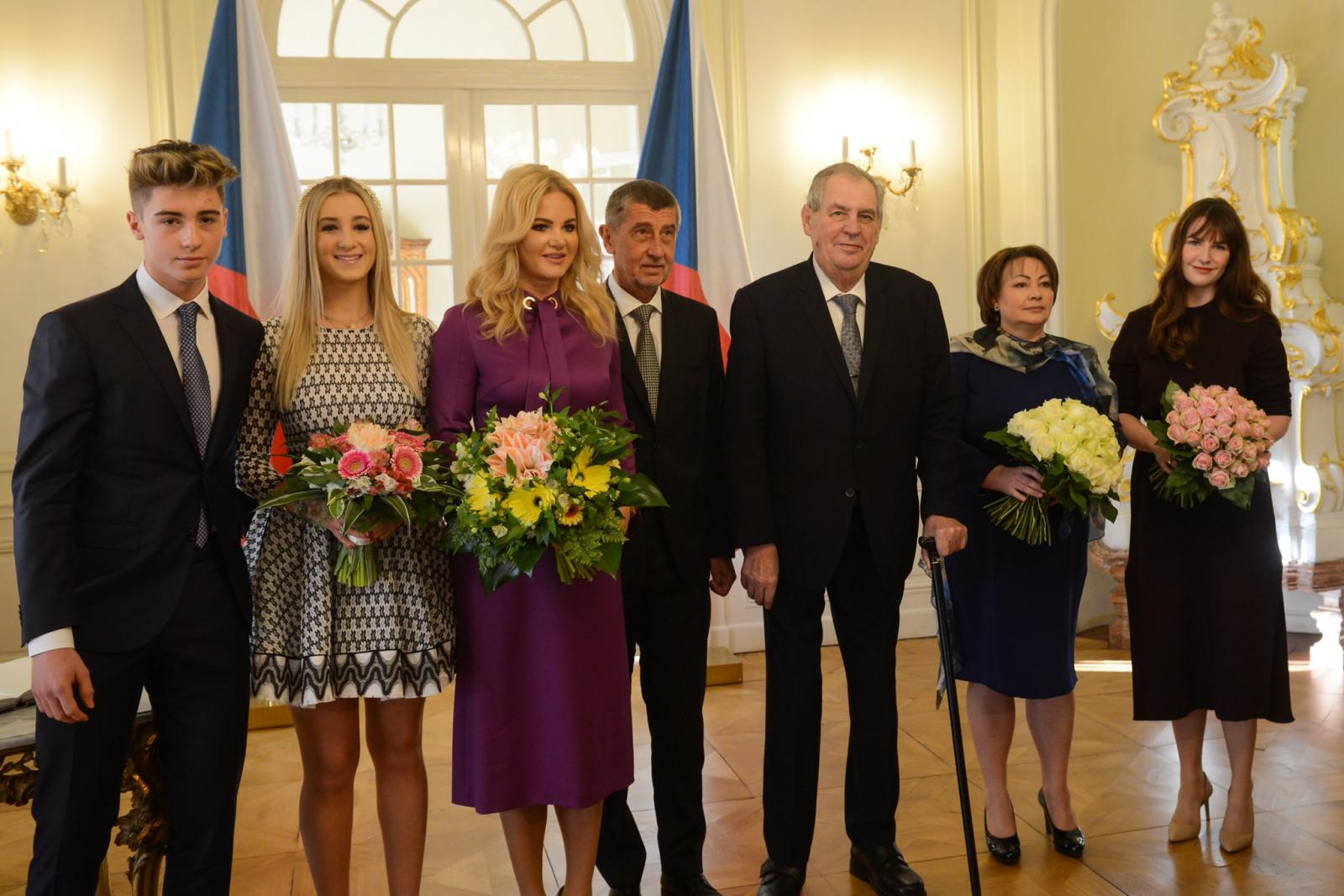 Czech President Miloš Zeman is in excellent shape, has put on six kilos, and is glad to have a double chin again, Prime Minister Andrej Babiš quipped after the statesmen’s annual joint New Year luncheon, which was attended by not only their wives but also their children for the first time.

President Miloš Zeman, his wife Ivana, and daughter Kateřina, welcomed the guests in the Lány chateau, the seat of the president.

After the women received flower bouquets, photos were taken, and Prime Minister Andrej Babiš, his wife Monika and their children Vivien and Frederik, also signed the chateau’s memorial book.

Subsequently, the whole party moved to the dining room. The president’s spokesman said that the New Year lunch luncheon featured duck pâté, zander with potatoes, and fruit dessert, as per tradition.

In addition to social issues, the prime minister and the president discussed the tense situation in the Middle East, changes in the domestic justice system, as well as the state budget.

Zeman was pleased with the outcome of the last year’s budget, especially with the increase in investments, Babiš said.

“In my opinion, last year’s state budget turned out very well, given that the media often forget about the matters that the government inherited,” the prime minister told reporters after the meeting. “Every year, we – citizens, companies and the state – pay 47 billion korunas (€1.85 billion) for renewable resources with 30 billion korunas (€ 1.18 billion) of this amount going to solar energy. This is one of the biggest frauds in our history. If we had those 30 billion korunas at a disposal every year, we would be in surplus.”

However, the discussion also revolved around the ineffectiveness of the judiciary, which the president criticizes repeatedly.

The head of state, according to the prime minister, further criticized the National Investment Plan 2020 – 2050, which, according to Zeman, does not sufficiently focus on sports.

“The president and I argued about what is our national sport. For me it is hockey, for the president it is football,” added Babiš.

The tradition of New Year luncheon between the head of state and the prime minister started in 2004, initiated by Zeman’s predecessor Václav Klaus.