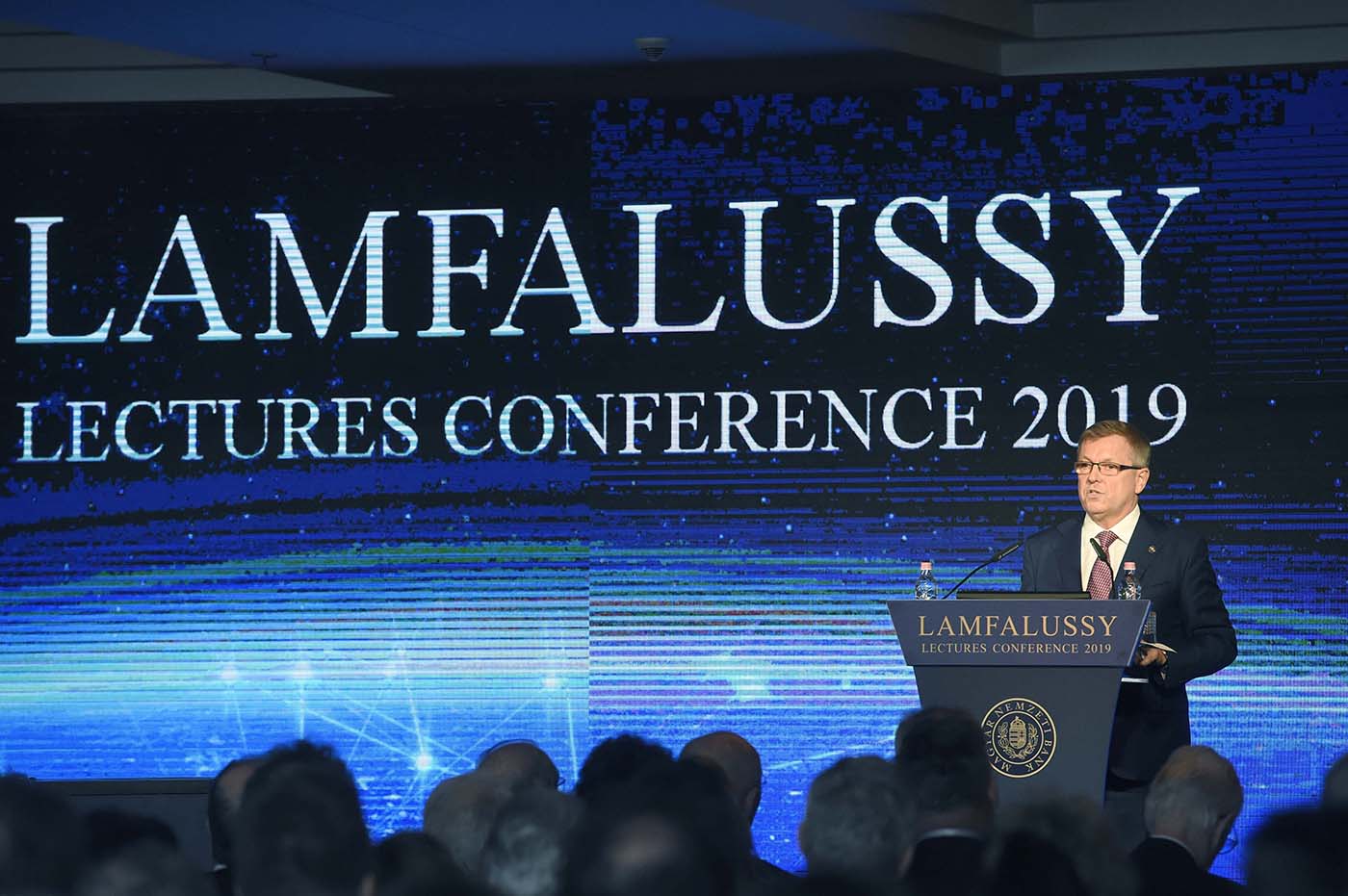 In cyclic economies where periods of prosperity are inevitably followed by a crisis, governments and central banks must take swift and decisive actions in a strategic partnership, Matolcsy said at the conference.

The Lamfalussy lectures is an annual financial conference launched in 2014 by the MNB in honor of Belgian economist of Hungarian extraction, Alexandre Lamfalussy (born Sándor Lámfalussy), one of the founding fathers of the euro.

Matolcsy said that the reaction of the United States to the global financial and economic crisis that began in 2008 is a good example of such cooperation. He said the history of the euro so far has some important learnings: in the initial stage, from 2000 to 2008 it was to the benefit of the emerging members of the euro zone, particularly those in southern Europe.

But the 2008 crisis also showed that the euro zone was not equiped to handle such an event, even though it began in the United States and Europe did have some time to prepare for it. The European Union mishandled the crisis by relying exclusively on restrictive measures, Matolcsy said.

He also said that the Central European member states of the EU should speed up the convergence process through continued and widespread institutional reforms. Regarding the introduction of the euro in Hungary – which the country must eventually do in line with its EU accession treaty – Matolcsy said it will happen “sometime in the coming decades”.