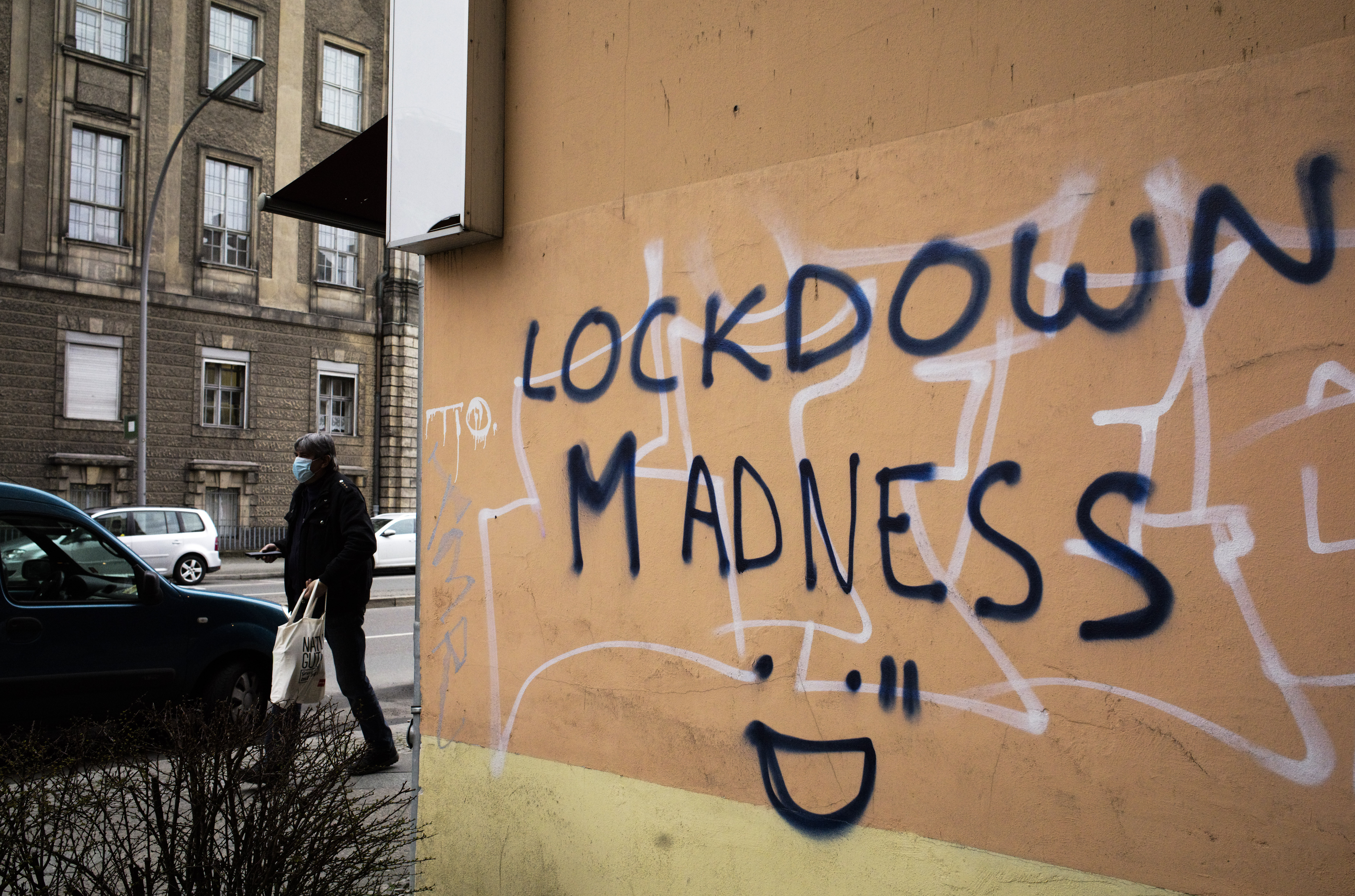 A pedestrian walks by grafitti reading "Lockdown Madness" in the district Schoeneberg in Berlin, Germany, Tuesday, March 23, 2021. Germany extended its lockdown measures by another month and imposed several new restrictions, including largely shutting down public life over Easter, in an effort to drive down the rate of coronavirus infections. (AP Photo/Markus Schreiber)

The coronavirus pandemic measures has to date cost the German economy approximately €350 billion, according to calculations by the German Economic Institute (IW).

Reported by German publication Der Spiegel, the economic damage caused by the implementation of Covid-19 measures across the country have been astronomical, and the federal government expects even weaker growth than previously assumed for 2022.

The crisis has had a profound affect not just on Germany’s economy, but also on the well-being of its youth, with suicide attempts quadrupling for children during the pandemic. The massive economic cost and other factors are driving the Alternative for Germany (AfD) party to call for an end to the restrictions.

“Because of course the reality is very different: First, the federal government hardly reacted to the coronavirus at all, then it overreacted with scaremongering and, with largely useless measures, drove the economy into the ground, isolated old people and destroyed the souls of children. The cruel consequences of this policy will only become fully visible in the years to come,” a statement from the party read.

According to IW reports, even if the pre-crisis level of GDP were to be reached again by the end of 2022, there would still be a significant gap in economic productivity compared to if the pandemic had not existed.

“Only with strong economic growth in the next few years can the gaps in value creation and income resulting from the pandemic be closed bit by bit,” the institute stated.

Germany’s new federal government expects weaker economic growth in the country this year, with the GDP to grow by just 3.6 percent. Last fall, the previous government still expected an increase of 4.1 percent in 2022.

In 2021, the German economy reported growth of 2.7 percent, but the rise in GDP reported by the Federal Statistical Office of Germany was lower than initial estimates.

Economists agree that the main factor driving the slowdown in growth was national lockdowns, interrupted supply chains and production outages in spring 2020 after the Covid-19 outbreak. Politicians had decided on aid measures worth billions to mitigate the consequences for employees and companies.

The author of the analysis, Michael Grömling, explained that consumer behavior also changed due to the pandemic Even if cinemas, theaters, and restaurants were open again, many citizens would have held back for reasons of caution and refrained from going to the events. During the pandemic, the savings rate of private households increased significantly.

If the pandemic had not existed, total investments in Germany over the past two years would have been around €60 billion higher in real terms.

The losses could amount to a further €50 billion in the first quarter of 2022 alone if there were significant impairments in economic life due to the omicron wave. 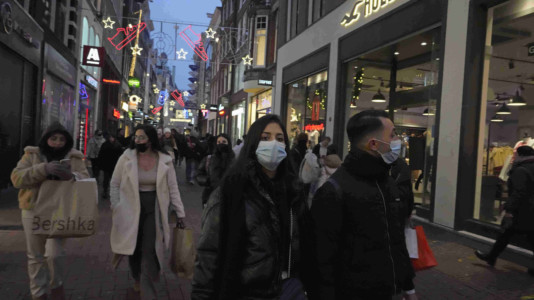