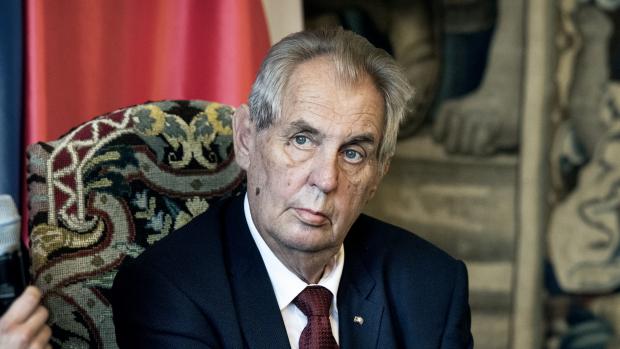 Czech president: Opening borders is risky, but not unacceptable

President Zeman advises Czechs to spend a vacation in Czechia

Opening the Czech borders is risky due to the ongoing coronavirus pandemic, but not unacceptable, Czech President Miloš Zeman said in an interview with the Český rozhlas Radiožurnál radio station.

Zeman also praised the Czech government, which has managed to guide the Czech Republic through the “biggest crisis in history, war excluded.”

On the contrary, the opposition and the media have failed, the head of state added.

As Remix News previously reported, Foreign Minister Tomáš Petříček said on his blog that the Czech Republic’s borders with neighboring countries should be fully open from July. During the first month of the summer holidays, he would like to allow Czechs to travel to Bulgaria, Hungary, and the Baltic countries. Starting from August, Czechs would also have access to Croatia, Greece, Slovenia, and Malta.

“It’s risky, but the risk level is not that high,” Zeman said.

Despite travel restrictions being loosened, Zeman said people should stay in the Czech Republic this year. Trips abroad could increase the risk of the second wave of the epidemic in the Czech Republic. Czechs could also help to stimulate the local economy by choosing to spend their vacation in the Czechia, Zeman pointed out.

“If people don’t travel abroad for a year, it would help domestic tourism,” he added.

Zeman also appreciated how the cabinet managed the crisis caused by the coronavirus pandemic.

“The government has brought this country out of probably the biggest crisis in modern history. We should be thankful for that,“ stated the Czech president.

However, according to Zeman, opposition parties and the media failed as all they did was “accuse the government of being chaotic.”

President Zeman also commented on the controversy about the removal of the statue of Soviet Marshal Ivan Konev and other steps made by the Prague politicians that angered Russia. Although Zeman considers the Russian response to be exaggerated, he also added that Russia merely responds to the stupid behavior of insignificant politicians.