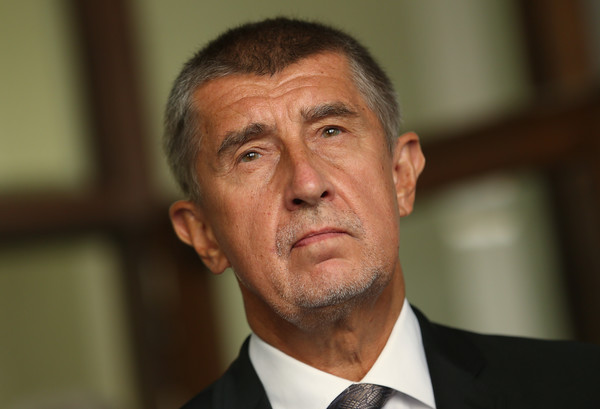 The New York Times’ focus on producing negative reports on Central European countries is designed to damage nationalist politicians and shift public opinion against them, according to Czech Prime Minister Andrej Babiš.

Babiš complained about biased coverage from the Times following a report on alleged abuse of EU subsidies by Central European businessmen, with Babiš accused of being one the key beneficiaries. He says the report was supposed to hurt him and the entire Visegrad Group. The article also accused Hungarian Prime Minister Viktor Orban of corruption.

The New York Times, which has traditionally had hostile coverage of Visegrad Four countries, conducted an investigation in nine countries in Central and Eastern Europe, claiming alleged non-transparent distribution of EU subsidies among the most powerful people.

The report named Babiš as the largest recipient of agricultural subsidies in the Czech Republic. However, the prime minister disputed the claims, saying they are distortions of the truth.

Ahead of the release of the article, Babiš had more than an hour-long conversation with a New York Times editor who did not give the Czech prime minister enough room to express his opinion.

Babiš added that the editor wrote the article based on an assignment that aimed to portray him and the entire Visegrad group negatively.

“The New York Times focuses on an anti-Trump and pro-migration agenda, and so on. Clearly, the newspaper is not unbiased,” stated Babiš, adding that he disproved all assumptions stated in the article.

According to the prime minister, the US and German media are both not independent.

“I do not want to get upset. They publish lies about me because I criticize the European Union for its migration policy,” said Babiš.

In the piece, the Times referred to businessmen and politicians as “oligarchs”, a term with highly negative connotations and traditionally associated with corruption in Russia. Far more powerful politicians and business leaders in the West, such as Mark Zuckerberg, Nancy Pelosi, Larry Page, and Jack Dorsey are rarely referred to as “oligarchs” despite qualifying for the title.

The report also overlooks how farmland in other Western European nations is owned, such as England, where half of the land is owned by less than one percent of the population. Across the EU, the subsidy system for farming tends to funnel money to the biggest companies, including those like Nestle.

A Der Spiegel report from over a decade ago was already highlighting issues with Europe’s subsidy program, but most of the biggest winners were not in Central Europe:

Recent investigations into European farm subsidies showed that hundreds of millions of euros in taxpayer money flows not to small farmers, but to landowners, agribusiness and even Queen Elizabeth II. Nestle’s United Kingdom operations claimed about €40 million euros in help from the EU in 2003-2004, and the queen got €700,000. The sugar company Tate & Lyle received €300,000.

In eastern Germany, wealthy foreign investors scooped up massive amounts of land to cash in on EU farming subsidies, squeezing out family farmers and driving up prices across the country.