Czech researchers have developed a new type of paper that kills bacteria, viruses, and yeast, and represents a new type of technology not previously used by paper manufacturers.
According to scientists from the Academy of Sciences of the Czech Republic, a new manufacturing process improves the quality of a product they called “anti-COVID paper”, as it effectively destroys a new type of coronavirus. The use of this paper may reduce the risk of infections in the future when handling banknotes, securities, and various documents.
Experts from the Institute of Chemical Processes (ÚCHP) of the Academy of Sciences and the paper company SPM-Security Paper Mill worked on the paper for five years. Jiří Sobek, from ÚCHP, said that four months were spent on modification, thanks to which the paper also destroys viruses.
“The primary function that begins to kill bacteria and viruses after contact is twofold. The bacteria is eliminated in one minute with an efficiency of over 99 percent. Complete inactivation occurs. For COVID-type viruses, tests have confirmed that after 10 minutes, it is about 70 percent and after 30 minutes, all the COVID that is on the surface would be inactivated,“ the scientist described.
According to scientists, the novelty of the product lies in a specially developed filler. Sobek explained that nanostructured complexes of zinc and silver are fixed in the filler, which neutralize and capture viruses, bacteria, and yeast, but at the same time they are not released from the paper and are thus safe for human skin.
These complexes could be fixed on other materials, such as fabrics, and made into face masks.
“But that’s not our primary goal,” the researcher said. The scientist noted that previously known methods use spraying on the surface of the paper.
“Our paper has better printing properties and does not fade. And its bacterial and virostatic function remains throughout the life of the paper,“ Sobek pointed out.
People will be able to use anti-COVID paper for ordinary office work, including various printing methods. The paper is also suitable for reading, writing and it is possible to color on it. It can also be used in healthcare as a preventive material, as well as in other workplaces featuring an increased risk of infection.
According to the Academy of Sciences, the company from Štětí is already registering inquiries from Russia, Germany, and China, as well as some African countries. Several tens of tons of toilet paper without “anti-COVID” treatment, but which are designed to eliminate bacteria on tickets and other valuables, are already in circulation in Africa.
Sobek stressed that research began years ago in response to market demand.
“It’s not something we would come up with and want to commercialize, but the other way around. The market demanded this paper, we reacted to it and developed it,“ said the scientist.
He added that the production of about 10 tons of this paper, which will serve as samples, will start soon.
“And we are ready to produce about 10,000 to 20,000 tons of paper,” the scientist concluded.
Title image: Lenka Cernikova prepares samples of food to test it on traces of horse meat in a widening European food labeling scandal at a veterinary laboratory in Prague, Czech Republic, Wednesday, Feb. 27, 2013. Horse meat has turned up across Europe in frozen supermarket meals such as burgers and lasagna, in beef pasta sauce, on restaurant menus, in school lunches and in hospital meals. (AP Photo/Petr David Josek) 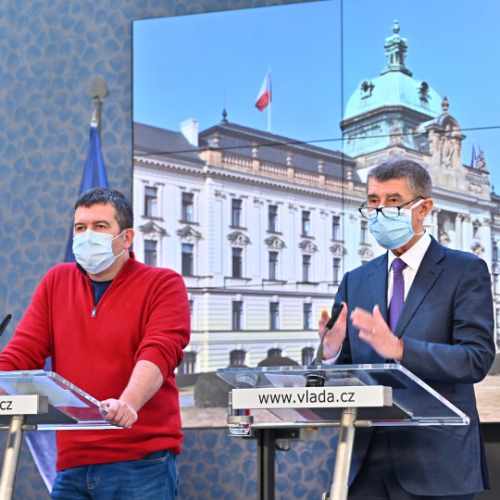