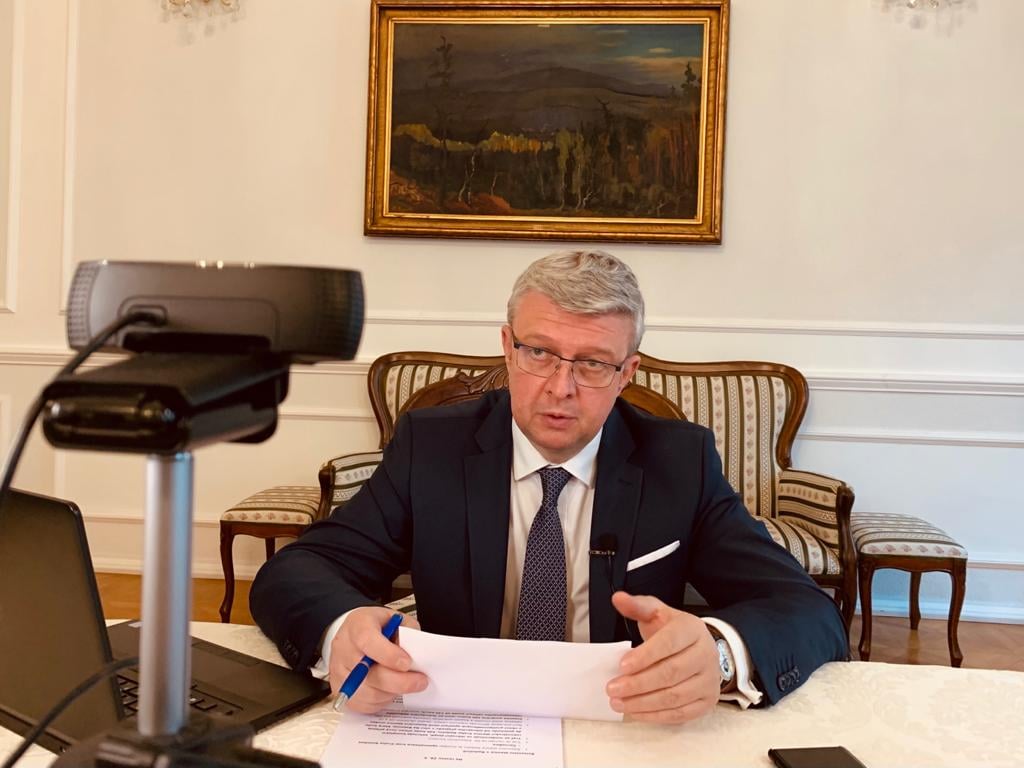 Czechia is ready to meet the new emission targets of the European Union, stated Czech Minister of Industry Karel Havlíček after talks with several European Commissioners on Czech reforms leading to a more climate-friendly economy. However, the country has to receive appropriate compensation and needs the option to replace coal with gas as a source of energy.

According to him, EU officials welcome greater Czech openness to the transition to clean energy.

This week, EU leaders reaffirmed their commitment from December that the European bloc as a whole would reduce greenhouse gas emissions by 55 percent from 1990 levels by 2030. The European Commission is currently preparing an analysis of the impact of the tightened targets on individual economies.

According to Havlíček, Czechia is beginning to perceive the transition to green energy as an opportunity for new growth.

“It must be said that we have turned the rudder a bit, and we are significantly more supportive of climate ambitions and goals,” the minister said. While the Czech government used to talk about a national emission target of 40 to 45 percent, now it could be as high as 47 percent. Although this is still under the common goal, the European Commission is beginning to perceive this positive development, said Havlíček.

At the beginning of the summer, the Commission is preparing to decide, as part of a so-called taxonomy assessing the environmental benefits or harmfulness of individual energy sources, whether gas can be considered a tolerated transition technology facilitating the path from coal to clean sources.

“For us, there is no discussion about this, if gas is not tolerated, we are not able to achieve the goal,” said Havlíček regarding the mentioned emission targets. According to him, gas should replace coal in the Czech Republic for 10 to 15 years until the country can put new nuclear sources into operation.

However, critics of the use of natural gas from the member states or MEPs argue that unless the EU focuses exclusively on investment in renewables, it will not be climate neutral by 2050. That is why there is a long debate about gas as an energy source and the Commission postponed the decision originally planned for April to summer.

According to Havlíček, the second Czech requirement is to increase financial means in the modernization fund, through which the industrialized countries of the eastern bloc of the EU in particular draw money obtained from the sale of emission allowances. Czechia could receive about 200 billion korunas from it, which are to help support renewable sources or environmentally-friendly heating.

The Czech minister also discussed with his colleagues from the governments of the member states the draft standards for the regulation of digital services and the digital market. Czechia, like most other countries, supports rules that significantly increase the responsibility of Internet companies, but according to Havlíček, it has a reservation on the proposal regarding the increased burden on small companies.

„We do not agree with the increase in administration for small companies and micro-companies, which in our opinion contradicts the principle of proportionality,” said Havlíček, according to whom there are many small digital companies in the Czech Republic who would be affected by the novelty. Member States will negotiate the proposals with the European Parliament this year and are expected to be approved next year.