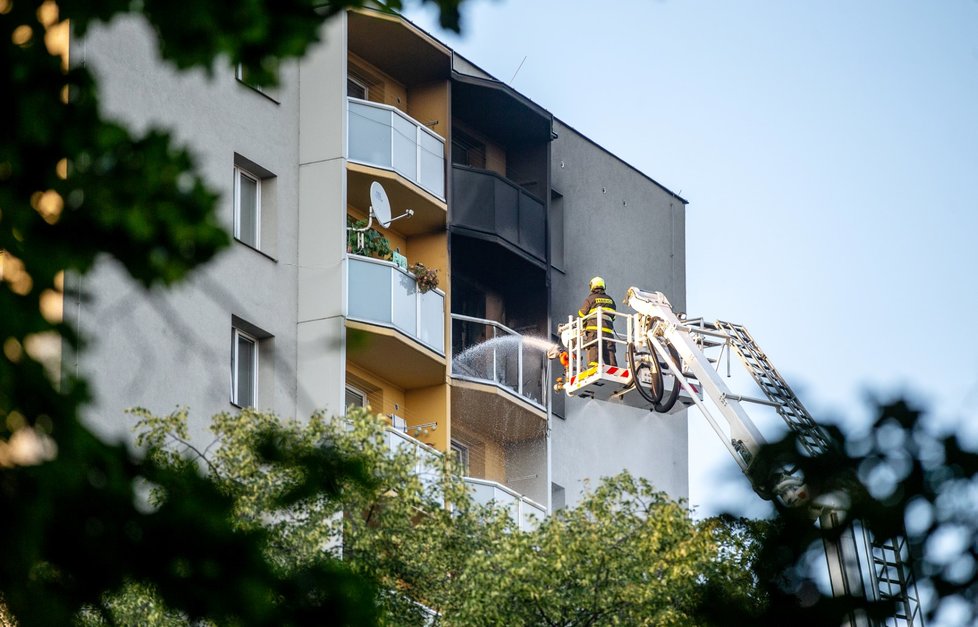 On Saturday afternoon, a fire broke out in an apartment on the 11th floor of a tower block in Bohumín in the east of the Czech Republic, resulting in the deaths of 11 people in what is being called the most tragic fire in the country in 30 years.

Three children and three adults died in the initial fire while another five people died as they jumped out of windows of the building in an attempt to escape the flames.

“In the afternoon, we received a call about a fire in a high-rise building. Upon arrival, we found out that there was a fire on the eleventh floor, which spread to the floor above,” said Moravian-Silesian firefighters spokesman Lukáš Popp.

According to one of the witnesses, the father of one of the apartment’s residents is behind the tragic event. A source familiar with the investigation later confirmed this information.

The man allegedly came to the apartment where a celebration was taking place armed with flammable liquid. After an argument with his family, he spilled the liquid substance over the apartment and set it on fire. The fire killed his ex-wife, son, grandson, and his son’s girlfriend.

The perpetrator himself escaped from the crime scene. According to witnesses, the police immediately arrested the man as he confessed to the crime.

“My deepest condolences to the bereaved. A member of the fire and rescue service was also seriously injured, and I wish him a quick recovery,” Interior Minister Jan Hamáček wrote on Twitter, calling the fire a huge tragedy.

On Twitter, Prime Minister Andrej Babiš also reacted to the news, writing that he is very sorry for what happened and offered his sincere condolences.

Witnesses of the incidents said that it was unbearable to watch the fire, as they saw five people jumping out of the window, some of them already burning.

The head of the Moravian-Silesian Fire Rescue Service, Vladimír Vlček, said that intervening firefighters were just tens of seconds away from inflating the rescue mattress that could have helped to save some people, however, the fire spread too fast due to the use of flammable liquid.

In addition to the fatalities, ten individuals were injured, including two firefighters and a police officer.