Exclusive: The departure of Fidesz is very bad news for the EPP, says MEP François-Xavier Bellamy 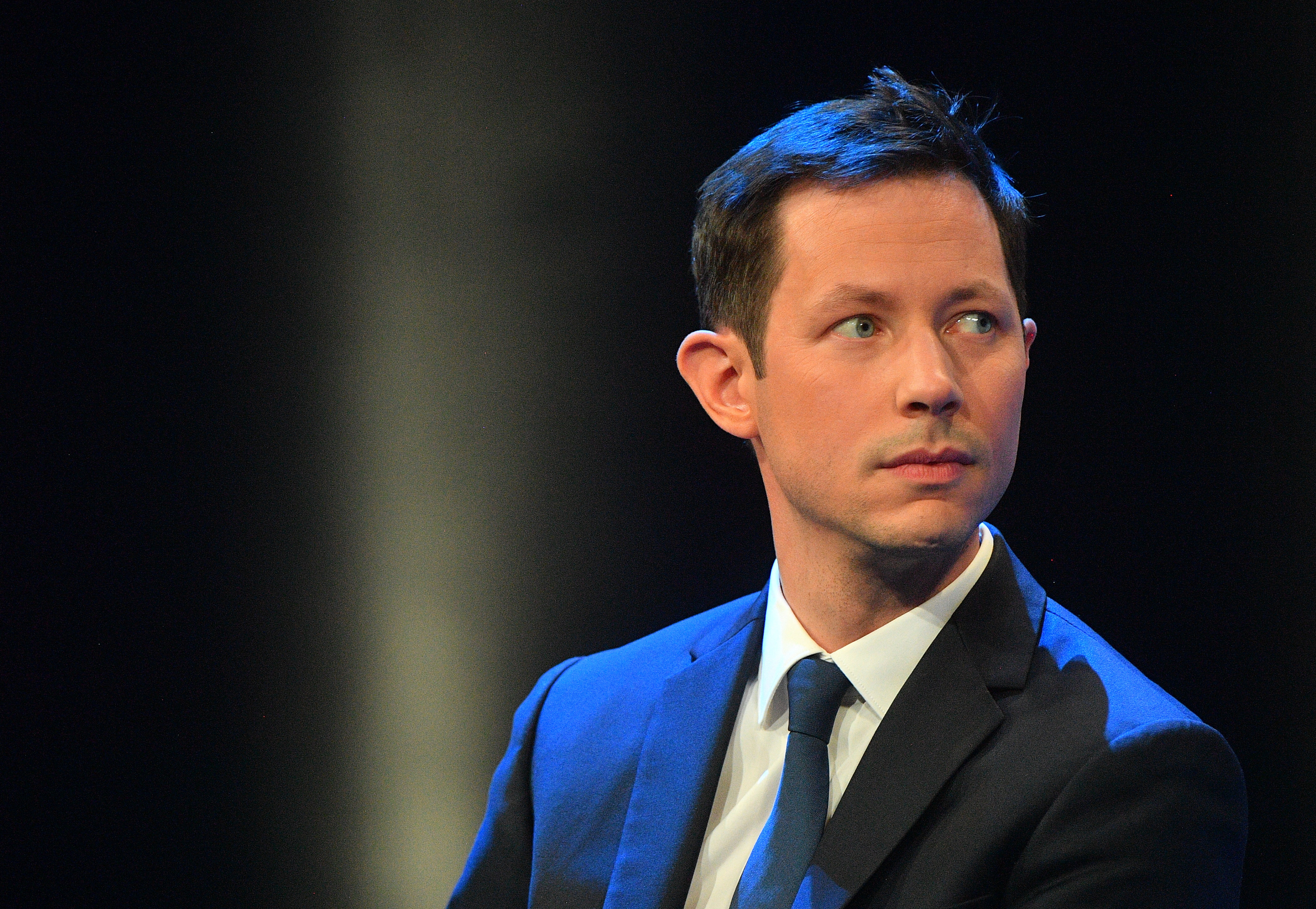 Is the departure of Fidesz from the European People’s Party good news according to you?

This is obviously very bad news. We must be careful not to come to too quick a conclusion: this is in fact the departure of the Fidesz delegation of MEPs from the EPP Group in the European Parliament. Fidesz as such is still a member of the European People’s Party for the time being. The real debate still awaits us when the European People’s Party has to decide on the place of Fidesz in its ranks. As far as our group is concerned, this departure of Fidesz is both a cause of great sadness and a real weakening. Everything must be done to succeed in rebuilding the link, and I see a strong sign that the Fidesz MEPs will remain non-attached. It is a way of showing that they are still waiting to see how they can succeed in reconnecting with the EPP. For our part, we’ll work on it, of course.

When you say “we”, who are you thinking of? Not everyone in the EPP is in favor of Fidesz staying.

No, indeed not, but the French delegation is in favor of it, and it is, in particular, true for me. Even in recent weeks, when certain MEPs wanted to exclude our Fidesz colleagues from the group of the European People’s Party, we rallied the German, Italian and Spanish members to prevent this. We worked for a month and a half to ensure that no collective exclusion was possible. The great paradox is that the Hungarians chose to leave at the moment when we had managed to move away from this perspective; but I can understand their choice, of course.

Those in our group who were campaigning for the departure of Fidesz had proposed new rules to be able to exclude a delegation collectively. Moreover, it would have taken the support of 50 percent of the EPP members to exclude a delegation, instead of the two-thirds required for the individual procedure in force so far. We amended that proposal massively and won on the most important points: collective exclusion had become impossible and it still required a two-thirds majority to exclude a member from the group. This made it impossible to exclude Fidesz members, including individual members, because there is not a two-thirds majority in the EPP Group for such an exclusion.

So what made Fidesz decide to leave anyway?

For years, Viktor Orbán and Fidesz have been permanently on trial. Once again, a vote was taking place clearly concerning Fidesz, and, understandably, this has convinced them that it was no longer relevant to remain in our group. I regret this, however, and I have discussed this at length with my Hungarian colleagues because the risk of their being excluded from the group no longer existed.

What do you think of the attitude of Manfred Weber, the German chairman of the EPP Group? You get the impression he was making it personal. Do you think it was because Viktor Orbán prevented him from becoming president of the European Commission?

I have the feeling, despite the rather personal dispute between Manfred Weber and Viktor Orbán, that in the way he managed the group, Manfred Weber never sought to lead a crusade against Viktor Orbán. We have colleagues in the group who are really on a crusade against Hungary. Some were determined to obtain the exclusion of Fidesz from the group and this will also be the case for the exclusion of the party. Donald Tusk, for example, as party president, made it very clear that he wanted to exclude Fidesz against the advice of many EPP members. In the case of Donald Tusk, it is very clear that he is committed, that he has a bias against Fidesz. Manfred Weber never behaved like that. I have always defended Fidesz’s place in the EPP. I have been to Hungary. I have met Viktor Orbán and I have been strongly criticized for this by some colleagues in the group. Manfred Weber has never blamed me for this, and he has even shown his confidence in me by asking me to lead some groundwork on the political identity of our group.

What were the points of disagreement between the Hungarian delegation and part of the EPP Group?

The tragedy is that in the misunderstandings that have accumulated, I see little substantive political disagreement. For example, on the issue of migration, today there is no longer really any debate in the group. The perspective proposed by Viktor Orbán in 2015 is today very widely shared in the EPP. The rejection of the compulsory relocation of migrants is voiced today by the president of the European Commission and Commissioner Margaritis Schinas. The fact that the commissioner responsible for immigration is in charge of defending the European way of life seems to me to be a sign that things have changed and that, basically, the line defended in terms of migration policy by Viktor Orbán in 2015 is the one that is now shared by the overwhelming majority, not only within the EPP but, more generally, in the European institutions.

In the way in which the European institutions operate, there is, of course, a scandalous instrumentalization of the idea of the rule of law in an attempt to punish member states that persist in having conservative policies. However, within the EPP, if we set aside certain MEPs or certain parties who have always been very hostile to Fidesz, today, with many delegations from different countries, it seems to me that what has been lacking is communication and dialogue.

Which EPP parties are the most hostile to Fidesz in your opinion?

They are well known because they have manifested themselves several times. There is a group of 14 member parties that had published an open letter calling for the exclusion of Fidesz. What has always struck me is the weakness of the accusations made against Fidesz. Last night, I was listening again to a program on French public radio France Culture in which the question of the rule of law was discussed. The show is an hour-long and there are no facts. In one hour of broadcasting! One is struck by the very evanescent nature of this trial which is constantly being organized against Fidesz and Poland. This is, moreover, totally asymmetrical, because when a journalist is murdered in Malta, nobody activates Article 7 against Malta and nobody asks the European Socialists to separate from the Labour Party in power in Malta, whose prime minister —obviously, because he wanted to hide corruption cases — at least interfered in the investigation into this murder. So there’s a staggering double standard.

The second thing that strikes me about the anathemas launched against Hungary is the lack of strategic thinking. No one is thinking about the future of the right in Europe when we have succeeded in causing an irreparable rift through perpetual accusations. No one is thinking about what will happen to Europe, to our civilization, if Europeans are no longer capable of anything other than throwing exclusion procedures, sanctions, etc. at each other. Meanwhile, the great world powers must be laughing at these Europeans who are incapable of coming together around common objectives, of respecting and understanding each other, and who are therefore incapable of facing the challenges of the 21st century.

Do you not think that the problem with the European Parliament is that it is always dealing with ideological issues? It has recently discussed abortion in Poland on several occasions, even though the regulation of abortion does not fall within the competence of the EU. There was to be a resolution this week to declare the whole EU an ‘LGBTIQ freedom zone’ and call for sanctions against recalcitrant countries. Does this not create unnecessary tension among Europeans?

Of course, and what fascinates me is that we are always talking about the rule of law when we are constantly ignoring it ourselves. In fact, we are voting on texts that do not in any way fall within the competencies of the European Union. This is a way of repeatedly violating the prerogatives of the member states. This attitude is ridiculous in view of what is at stake. We have to face the rise of Islamism in our societies, great powers that are mastering increasingly advanced technologies, a global epidemic with immense geopolitical consequences… In the meantime, we are discussing whether to include ‘gender’ perspectives in budgets, build ‘intersectional’ policies, establish ethnic quotas in the management of companies and public institutions. All this is totally out of step with the reality of what is at stake, and I often have the impression, when we discuss these issues, that the European Parliament allows us to imagine what the Byzantine Empire must have been like when theological cases were discussed there at a time when the empire was collapsing and the ramparts were crumbling.

I myself am in favor of unconditional respect for people’s dignity and rights, but declaring the European Union to be an LGBTIQ freedom zone will not change the reality of people’s lives and the reality of their protection from what threatens them.

The French government is highly criticized for its decision to dissolve Génération Identitaire, or Generation Identity in English, an organization that opposes immigration but has always taken peaceful action and was finally acquitted by the courts whenever the authorities wanted to take legal action. Is it not France that has a problem with democracy and the rule of law, rather than Poland or Hungary?

Indeed, I spend my time repeating that in France, too, the issue of the rule of law should be dealt with. Freedom of association is a fundamental freedom and a constitutional right. If an association is dissolved because it has non-conforming opinions, then the basic democratic requirements are gradually being abandoned. Some organizations have never denied their closeness to ideologies that have caused millions of deaths, such as the Communist Party, and they can function. On the other hand, we dissolve Génération Identitaire! Greenpeace launches drones against nuclear power plants or enters secure airport areas. They put concrete blocks on the bottom of the sea to endanger navigation to prevent fishermen from working normally, and Greenpeace still exists. Let us hope that justice will act against arbitrariness. When the current French government tried to attack fundamental freedoms, freedom of worship for example, with this limit of up to 30 people in churches, which was purely vexatious and completely unfounded, it is fortunate that the country’s top administrative court put a stop to the government’s abuse of power. Several of us had appealed for this. I imagine that it will do the same, ruling according to the law against the dissolution of Generation Identity.