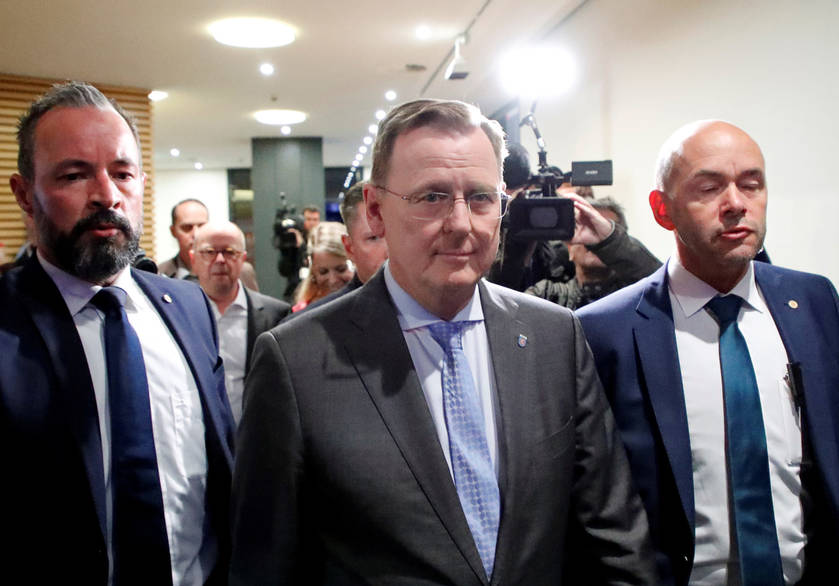 Despite the AfD’s large electoral gain, the left-wing Die Linke emerged as the clear winner. According to preliminary results, Die Linke won with 30 percent of the vote followed by the right-wing AfD (Alternative for Germany) at 24 percent. Merkel’s CDU came in only third with just 23 percent. In Thuringia, AfD’s leader is one of the party’s most controversial politicians, Björn Höcke.

Höcke is known in Germany for using strong anti-immigrant rhetoric and even some in the AfD find his stances too extreme for the party. However, with the strong election results for the AfD, some analysts believe he is in a better position than ever within the party.

Thuringia, the sixth smallest German federal state with economic development well below the national average, has had a red-red-green coalition of Die Linke, the Social Democrats (SPD) and the Greens since 2014. This coalition could remain in power providing they can secure a fourth coalition partner, but this may prove difficult.

The ruling coalition may turn to the pro-business Free Democratic Party (FDP), which managed to pass the five-percent election threshold. Even if the coalition does form, it could prove to be shaky. The FDP, known for its free-market positions, could clash with the three other left-wing coalition members.

The CDU sees real trouble ahead

“Since 1945, we have not had such a result, where the parties of the democratic center in Germany are unable to form a government,” CDU candidate Mike Mohring announced at a press conference in Erfurt Sunday night. “This is a really bitter result.”

The poor result of the CDU, which lost 11 percentage points of the votes compared with the previous election, has already prompted some conservatives to call into question the federal leadership of Annegret Kramp-Karrenbauer, known in Germany by her nickname of AKK, who has taken over the party leadership from Angela Merkel in July 2018.

After the party suffered setbacks in several regional elections recently, AKK’s hopes for being her party’s top candidate and Merkel’s successor as chancellor have cooled as worries have grown over the CDU’s political losses.

Merkel has also been blamed for the rise of the AfD with her decision to allow over one million refugees to enter the country in 2015, prompting a backlash from German voters.

German political analysts said that the election results in Thuringia, with two parties outside the German mainstream scoring a majority of voters in the region, is yet another indication that the country’s traditional parties continue to lose their traction with the electorate.