A leader of Generation Identitaire, Thaïs d’Escufon, told Remix News that her group has proven that the border was not secure despite claims from the French government that it would bolster border defenses 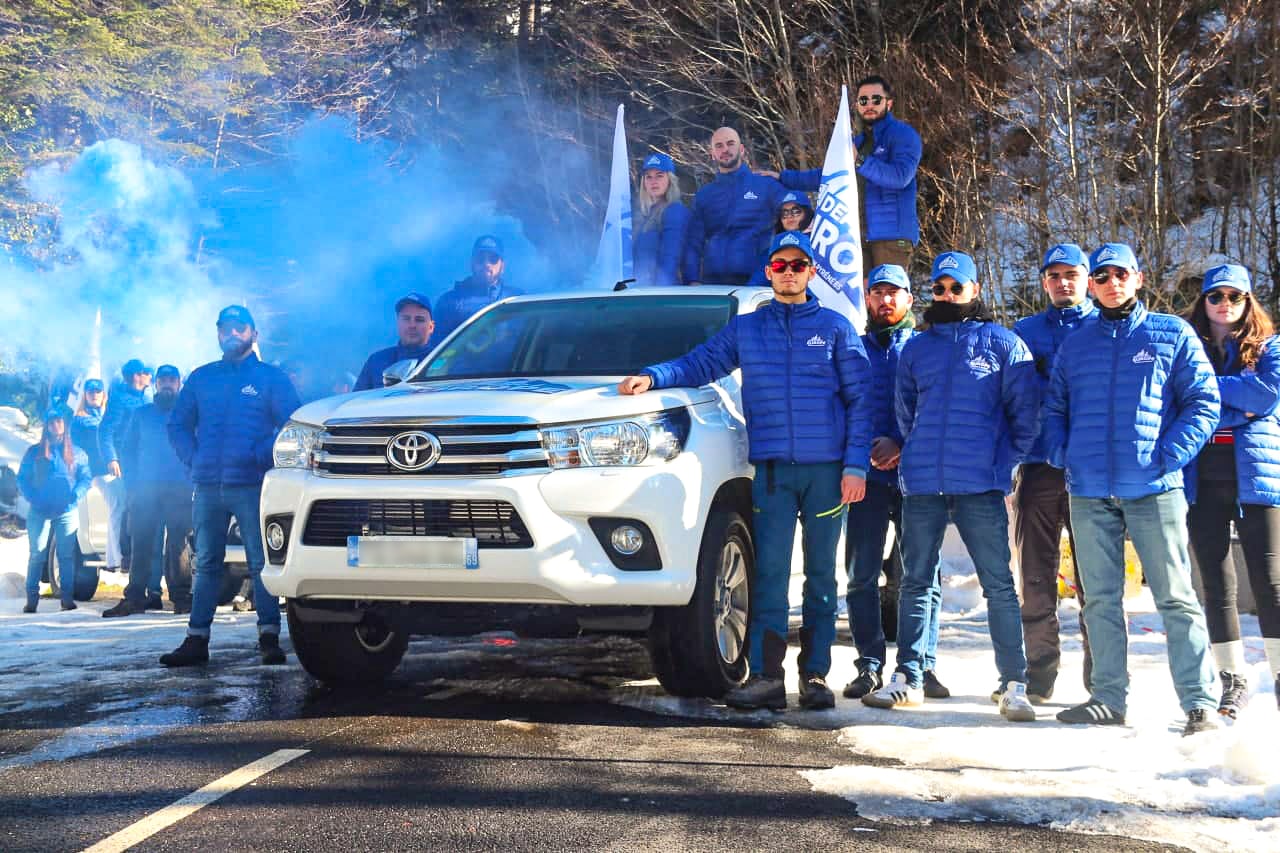 “Generation Identitaire is securing the border” to confront “the rise of the Islamist threat and the massive arrival of illegal migrants”, a press release published on Jan. 18 by the French Identitarian youth organization explained.

Last week, some 30 young Identitarian activists from Génération Identitaire launched a new “Defend Europe” mission at the Col du Portillon pass in the Pyrenees mountains, at the border with Spain. On Jan. 5, Prefect Étienne Guyot, who is the French government’s direct representative in the department of Haute-Garonne, announced that he had ordered the closure of the border at the Col du Portillon mountain pass because of the “terrorist threat which remains very high at national level” and of “sustained movements of migrants”.

On Jan. 18, French Identitarian activists embarked on an action with the goal to check whether the border had really been shut down at the mountain pass as Guyot claimed.

Generation Identitaire’s action in the Pyrenees was accompanied by three pick-up cars and manned with French activists only. It was very similar to the previous “Defend Europe” mission launched in April 2018 at the Col de l’Echelle pass in the Alps at the border between France and Italy, but the action was more low-key as they did not use a helicopter this time and were not joined by Identitarian activists from other European countries due to current health restrictions on international travel.

For that reason, their action did not unleash nearly as much anger in the media and among mainstream politicians as in April 2018, but there were still some decrying the action, including the Occitanie region’s socialist president, Carole Delga, and the Haute-Garonne department’s socialist president, Georges Méric. Méric demanded that the French prefect “decisively and immediately put an end to such an act of force as it is disgraceful and contrary to the values of the Republic”.

Reacting to those appeals from local political leaders, prefect Guyot informed that he was going to bring the case to court.

“We cannot be easily intimidated,” young Identitarian leader Thaïs d’Escufon told Remix News on the phone when asked this Monday if they fear a new judicial process. And she added that having won their appeal last Dec. 16 after two and a half years of proceedings for their 2018 action in the Alps, the risk of being prosecuted by the French state is now lower.

As a matter of fact, the young woman told Remix News that when activists from Génération Identitaire arrived at the border at the Col du Portillon pass on Jan. 18, there was not a single border control enforcement officer in sight in spite of the prefect’s order to shut down this part of the border with Spain and to ban all car and pedestrian traffic through the pass.

The Col du Portillon is a regular route used by illegal immigrants traveling from Spain further north into Europe, and with the Spanish government actively transferring migrants from the Canary Islands and setting them free on the mainland, there have been increased numbers of such migrants illegally crossing the border in the Pyrenees lately.

As Thaïs told Remix News, gendarmerie forces showed up only to observe what Identitarian activists were up to, but they had to take a few migrants into custody when the young civilian French citizens notified them of their whereabouts. She could not say, however, whether those illegal immigrants were later expelled back to Spain or released by French authorities and allowed to move about freely.

Génération Identitaire had nonetheless announced that their intention was not to catch migrants at the border themselves, which they are not allowed to do under French law, but to contact police and gendarmerie forces “to allow them to intercept and expel illegal immigrants”. In theory, this is what any citizen is supposed to do when confronted with a situation where someone is breaking the law, as migrants do when illegally crossing the border. That is why Generation Identitaire’s indiciates that that its latest “Defend Europe” mission, which ended last Wednesday, was success, as the team of activists says it lays bare the fact that the prefect’s order to control the border with Spain to stop potential terrorists and other illegal immigrants was only a public relations ploy by the French government and was still not in force on the field almost two weeks later.

In France, prefects are the government’s direct representatives in departments and as such they are responsible for executing the government’s orders. But instead of trying to control illegal immigration as it said it would finally start doing after the terrorist attack by a Muslim boat migrant freshly arrived from Tunisia through Italy last October, the French government has been looking for ways to criminalize the entire Génération Identitaire movement.

During a press conference held on Jan. 26, Interior Minister Gérald Darmanin announced that he had asked his ministry “to gather all elements which would allow the interior minister to propose the dissolution of Génération Identitaire”, explaining he had been “particularly outraged” by Génération Identitaire’s action in the Pyrenees and by the way young Identitarian activists “undermine the Republic”.

The fact that the activists’ most recent action helped reveal a government that was not delivering on its promises of border security, there are worries that these attempts to silence the Génération Identitaire organization represent a threat to rule and law and repression of political groups critical of the government.