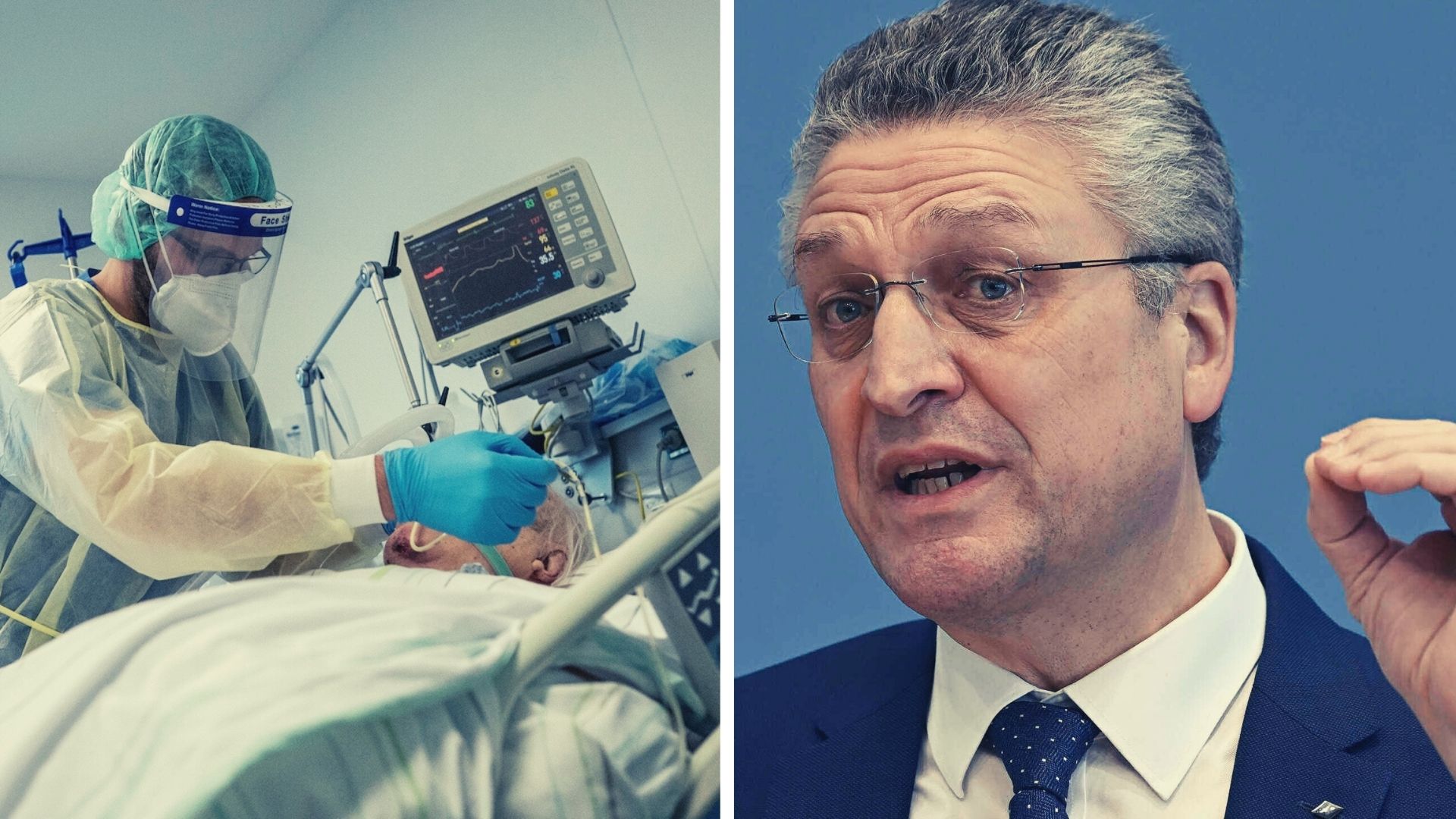 The majority of patients with coronavirus in intensive care units in Germany have a migration background, with the relatively unknown information leaked from a conference call between the head of the Robert Koch Institute (RKI), Lother Wieler, and other top medical officials and physicians in Germany.

During the phone call, which was originally reported in Germany’s top-selling Bild newspaper, Wieler stated that the massive influx of migrants being treated in ICUs for COVID-19 “is a real problem”.

“I heard that too. But it’s a taboo. I tried to reach out to certain people. We must address this with religious group through imams. The whole thing has huge implications for Berlin. That is a real problem,“ the RKI boss Wieler emphasized during the conference call.

Wieler lamented about parallel societies among the migrant groups. “If you want to do something there, you can only do it with rock-hard social work in the mosques. And we can’t get in there. And that’s wrong. This group consists of four million people in Germany. This corresponds to a share of 4.8 percent. In the intensive care units, however, well over 50 percent are from this group.“

One of the physicians also claimed that Germany’s health authorities are not reaching migrant communities.

This shows “very clearly that there is a group that the politics do not reach with warnings at all. These are people with a migration background,” said the head of the Moers Lung Clinic, Thomas Voshaar, according to the Bild newspaper in mid-February during the conference call.

“According to my survey, over 90 percent of intubated, seriously ill patients always have a migration background. We have agreed internally that we want to designate such patients as ‘patients with a communication barrier’,” Voshaar continued, referring to evaluations from November 2020 to January 2021.

Voshaar also informed Federal Health Minister Jens Spahn (CDU) about his findings. When asked by Bild, however, a government spokesman said that the topic had not been discussed at the coronavirus summits of the federal and state governments. Spahn is said not to have forwarded his information to the Chancellery.

A problem across Europe

According to Germany’s Focus magazine, the trend of large percentages of migrants in ICU wards is not unique to Germany.

Switzerland’s Basler Zeitung wrote last December that there were “an above-average number of corona patients with a migration background” in Swiss intensive care units. The talk was of “70 percent”. The Austrian intensive care doctor Burkhard Gustorff confirmed this trend and explained that migrants make up around 60 percent of corona intensive care patients in his Vienna clinic.

Focus also spoke with doctors about the subject with doctors from across Germany’s federal states. These doctors confirmed to Focus that the proportion of migrants among corona patients in their clinics was noticeably high. They could not give any concrete figures due to the fact that no corresponding data on race, ethnicity or migration status is collected.

Despite that, the docotrs assured the situation on their Covid wards is clear, A doctor who, like his colleagues, wants to remain anonymous, said: “It is actually the case that patients with a migration background are far overrepresented. In the high phase of the second corona wave, in particular, they made up the vast majority of patients requiring therapy. Those affected came not only from Turkey, but also from large parts of the Balkans in southeastern Europe.”

In many ways, the fact that migrants are overrepresented in COVID-19 cases is unsurprising. The Organization for Economic Cooperation and Development (OECD), to which 37 countries with high per capita incomes belong, warned of this development early on. “In almost all OECD countries for which data are available, there is a systematic overrepresentation of migrants in Covid 19 cases and mortality,” said OECD economist Thomas Liebig in autumn 2020.

What are driving high rates of infection for migrants?

It is clear that there are certain factors within the migrant community that may account for the higher infection rates, which include cramped living spaces, larger families, and more frequent use of public transpiration. However, other factors that have caught the attention of the German media have been mass funeral and wedding gatherings that often have been in direct violation of coronavirus guidelines. According to Focus, these have included “clan” funerals involving upwards of 750 people in Berlin.

“There were funerals that took place under corona-compliant conditions. But then the families held large funeral services that were apparently not corona-compliant,” said a doctor to Focus who wished to remain anonymous.

After some time, members of the mourning community were admitted to the clinic.

“They were then seriously ill,” said the doctor. After some funerals, half of a family had to be treated, and in some cases entire families.

Another doctor addressed the fact that there were certain traditions and cultural ways of life in Islamic communities that may be driving the crisis. The physician told Focus Online: “I am sure that there is a corona-safe life that is completely compatible with Islam or with other traditional forms of life. It is a question of interpretation and a question of design. “

What remains unclear is why migrants and those with a migration-background account for such a high number of severe ICU patients. Even if infection rates remain higher in migrant populations, these populations still only account for a fraction of the overall COVID-19 infections in a country such as Germany where most of the people infected are ethnic Germans. A possible environmental or genetic factor, or a combination of both, could be the case. For example, Nature reported that a major genetic risk factor for COVID-19 is present in Asian populations at a much higher rate than Europeans.