Delegates agreed on the goal at the party congress 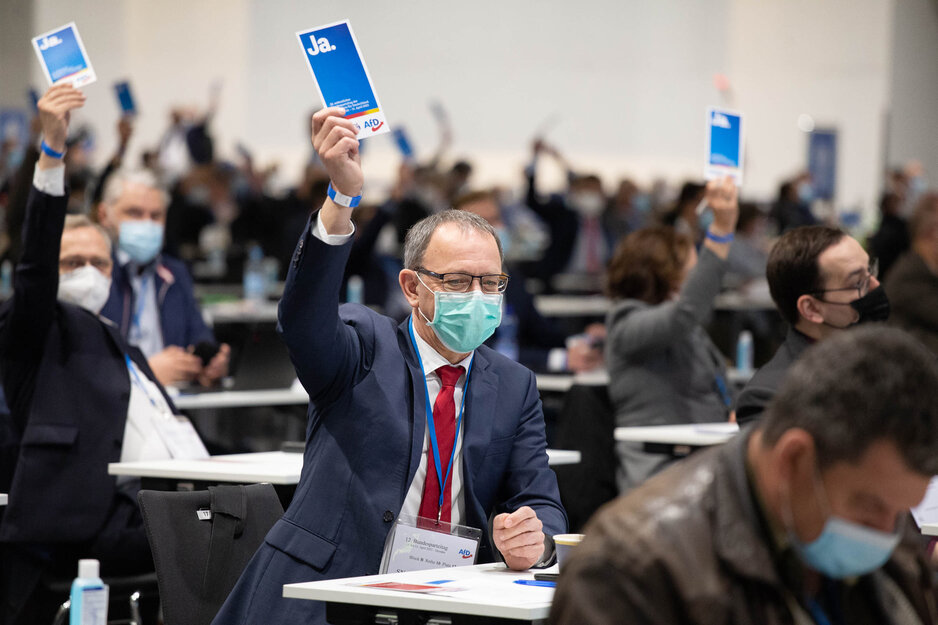 Although the Alternative for Germany (AfD), the strongest opposition party in the German parliament, did not select leaders for upcoming elections at the weekend congress in Dresden, it has agreed that its program goal is Germany’s withdrawal from the European Union.

Delegates agreed that withdrawal from the EU was necessary for Germany. They want to replace the European bloc with a completely new economic and interest grouping.

The delegates approved the goal of Germany’s withdrawal from the EU, despite the disapproval of AfD co-chairman Jörg Meuthen, a member of the European Parliament, according to Czech news outlet Echo24.cz.

The AfD’s anti-EU plan has become a major topic on Twitter where it has faced criticism from liberal and left-wing media outlets. Liberals from the Free Democratic Party (FDP) called the AfD’s actions an example of blunt nationalism. Polling shows that the idea of leaving the EU is not particularly popular in Germany, but the AfD may be looking to capitalize on the protest voters who feel that none of the main parties represent their concerns over centralization of power in Brussels, mass migration, and increasingly harsh coronavirus lockdowns.

At the congress, the AfD also approved a resolution rejecting closures associated with coronavirus measures, as well as any proposals that would lead to forced testing and mandatory Covid-19 vaccination.

Before the congress, political scientists and the media repeatedly pointed to internal party disputes. AfD, although seemingly united, faces pressures from liberal, conservative, and far-right currents. The wing of the party that leans further to the right tried to suspend co-chairman Jörg Meuthen, who is considered a moderate within the politically diverse party, however, these efforts did not succeed.

The postponement of the election leader can also be considered Meuthen’s victory as he requested that this issue has to be resolved by a party-wide vote and not by some 600 congress delegates. AfD will go to the September elections with a pair of leaders instead of just one. One of them is expected to be AfD co-chairman Tino Chrupalla, who belongs to the more right-wing of the party. He could be accompanied by Meuthen’s supporter, the more moderate Joana Cotar, who stems from the federal state of Hessen.

Cotar describes herself as a suitable candidate and says that, together with Chrupalla from Saxony, they would represent not only the main streams in AfD but also the east and west of Germany. There has been a lot of talk about Alice Weidel, who, together with honorary AfD chairman Alexander Gauland, leads the party’s parliamentary faction in the Bundestag.

Although she announced on Saturday that she would not run for the post of election leader, there is speculation that she might still change her mind.

During the meeting of delegates, motions were also put forward to put a moratorium on all non-EU immigration, with an exception only for those willing to invest over €5 million in Germany. During the moratorium, “a catalog of requirements for potential immigrants” would be drawn up “which pursues the preservation of the cultural identity of Germans as the primary goal”. The proposal was weakened after Deputy Party leader Beatrix von Storch spoke out against it, however, delegates approved a halt to family reunification for migrants despite some protesting the move.