Due to the new coronavirus strain, hundreds of Czech drivers are stuck on their route from Great Britain for the second day in a row, with no information on what happens next or any possibility to buy food. From Sunday night, France, like many other European countries, has banned any transport from Britain due to the new coronavirus strain that reportedly spreads more easily. Due to the situation, Czech truck drivers were afraid that they would spend Christmas stuck in the UK, along with a host of other nationalities. “At night, I stopped 30 kilometers before Dover on the M20 motorway, which got closed. We stood there for about nine hours, and at three o’clock in the morning, we were told that we will be moved to the airport in Kent, where we would get tested so we could be let in the port. But no one told us when it would happen, because the French said that they would not let anyone enter the country without a negative test,” said Vlasta Šnajberg, a driver for the AK Trans company.

The driver of Pecha Transport & Spedition, Karel Tichavský, who has been driving the truck for eight years, has had the same experience. “No one really gives us any information here. We only know things we learn from the company. The police terrorize us here – you can’t stand here, you can’t stand there. We have no place to take our mandatory break. There are only tailbacks,” added Tichavský. “So far, nothing is happening. There is no possibility to buy anything here, everything is closed, we have to live on the supplies we have in the truck,” Vlasta Šnajberg noted. Furthermore, the testing capacities were not ready, and many drivers were thus afraid they would not make it home for Christmas. On Tuesday, the Czech Ministry of Foreign Affairs registered dozens of Czechs who have found themselves in a strained situation and needed consular assistance. Even though the UK and France eventually reached an agreement to reopen the borders on Wednesday, the drivers have to provide a negative coronavirus test no more than three days old.

Title image: Trucks are parked on the M20 motorway as part of Operation Stack, whilst the Port of Dover remains closed, in southern England near the Channel Tunnel and Dover, Wednesday, Dec. 23, 2020. Trucks waiting to get out of Britain backed up for miles and people were left stranded as dozens of countries around the world slapped tough travel restrictions on the U.K. because of a new and seemingly more contagious variant of the coronavirus in England. (AP Photo/Frank Augstein) 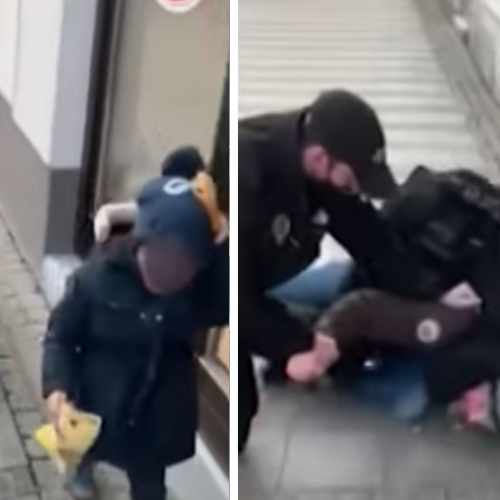