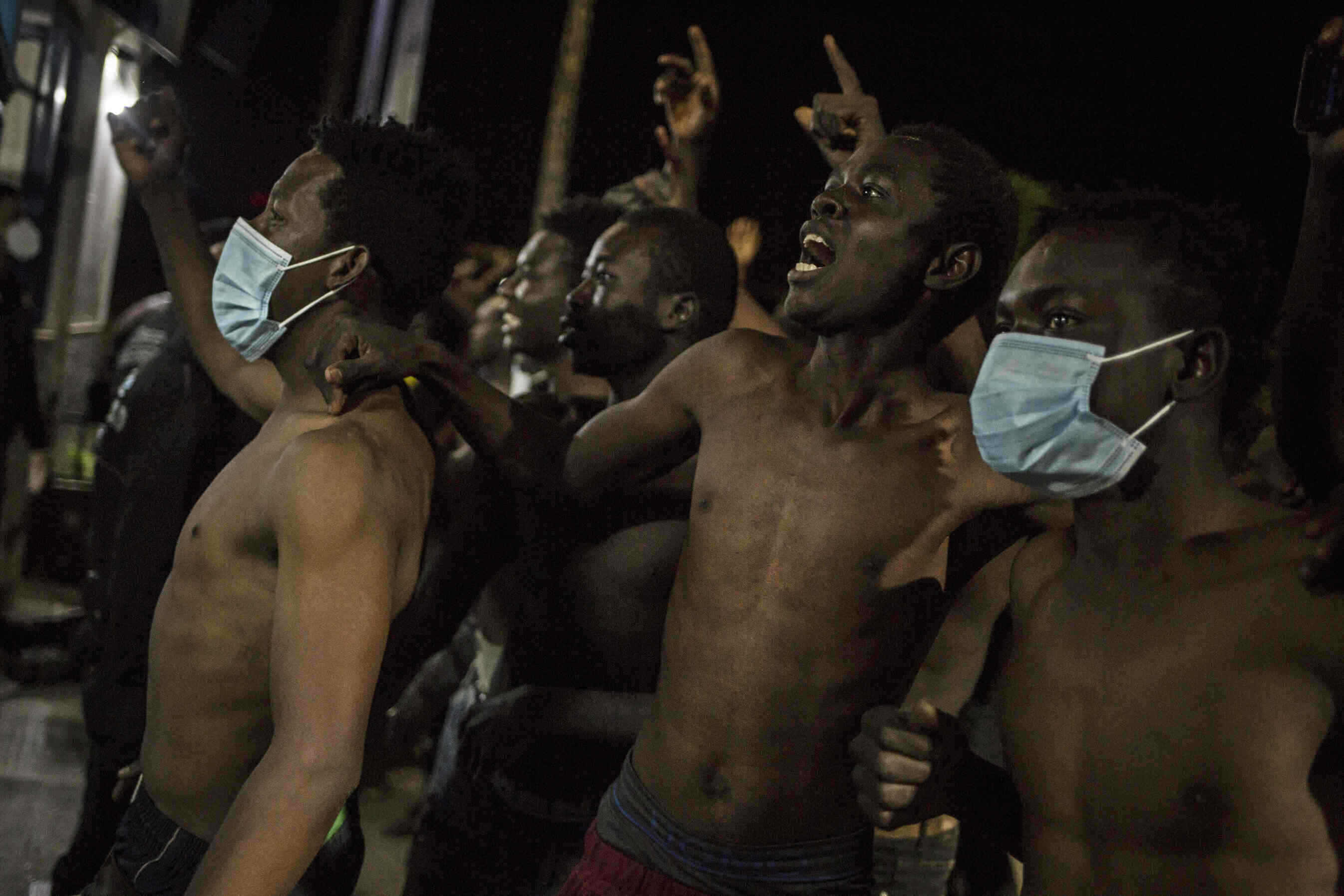 After the migration wave heading to Ceuta, tensions started growing in another Spanish enclave, Melilla. Several hundred Moroccans tried to get into the city through a double fence on the night from Thursday to Friday. About three dozen succeeded, the daily El País reported. Fearing that the same border crisis as at the beginning of the week in Ceuta would repeat itself, the Spanish government decided on Thursday to strengthen border protection in Melilla.

In addition to police officers, soldiers are now patrolling the border in the area of Melilla and Ceuta.

“It’s a strong invasion. We can’t even count how many people are trying to get here,“ commented Juan Jesus Vivas, mayor of the Spanish enclave of Ceuta. The migrant wave was stopped only thanks to renewed Moroccan border controls. According to the media, Moroccan border guards did not prevent migrants from leaving for Ceuta at the beginning of the week, probably due to an earlier diplomatic rift between Madrid and Rabat.

During last Monday and Tuesday, 9,500 Moroccans crossed the coast along Ceuta, the highest number in two days in Spanish immigration statistics. The interior minister of Grande-Marlaska said the current situation in Ceuta was “relatively normal” compared to the previous week and that most adult migrants (about 6,500) had already been returned. According to him, these were illegal crossings, and, therefore, the migrants were returned directly to the border.

However, about a 1,000 minor migrants remain in Ceuta, including children under the age of 14, some of whom have fled without the knowledge of their parents who are now looking for them. The children were housed on a boat and in a makeshift center in Ceuta, and the Spanish authorities are now negotiating with the Moroccans on how to return them to their families. Unaccompanied minors should eventually be accommodated in some other Spanish autonomous regions.

According to the EFE agency, Madrid last deployed soldiers at the border with Melilla last spring in connection with the COVID-19 pandemic and before during the migration crisis in 2005.

Title image: A group of migrants arrive outside a holding center for migrants the Spanish North African enclave of Melilla, Spain, Tuesday May 18, 2021. A large group of Africans crossed into Melilla on the North African coast in the early hours by jumping over the enclave’s double fence. Spain said around 6,000 people had earlier crossed the border into Spain’s other North Africa enclave of Ceuta. (AP Photo/Javier Bernardo)