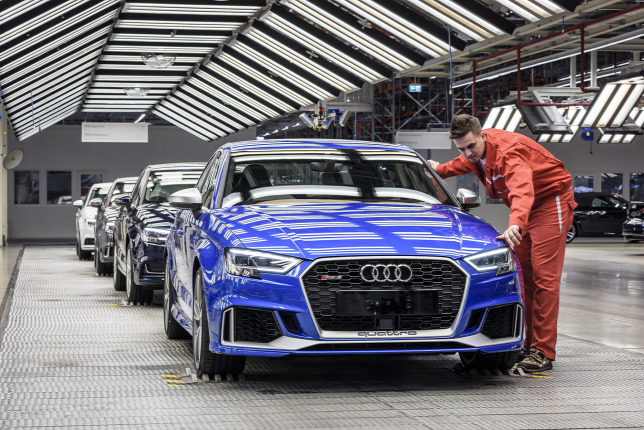 The Hungarian economy grew by an annual 2.2 percent in Q1

Just ahead of the Pentecost weekend, the Hungarian Central Statistics Office (KSH) released its second, revised economic growth estimate for the first quarter, showing a 2.2 percent year-on-year growth, confirming what the Hungarian government has been saying since the coronavirus pandemic hit the country in early March: the economy – both in terms of growth and unemployment rate – entered the restrictions period in very good shape.

In contrast, most major western European countries registered mild to severe contractions in the same period: in Germany it fell by 2.2 percent, in France by 5.8 percent, in Italy by 4.7 percent and in neighboring Austria by 2.5 percent. Results in the Visegrád Group were mixed: Hungary and Poland (+1.9) managed to keep growing, but the Czech Republic and Slovakia fell by 3.6 percent and 5.4 percent, respectively.

Detailed data showed that industrial production rose by 1.7 percent year-on-year and within it the growth was the most pronounced in electrical equipment, electronics and optical manufacturing. The construction sector grew by 3 percent, but agricultural output was down by 0.6 percent. Services were up by 2.4 percent and within it information and communication services rose by 8.8 percent. Tourism was also up by 5 percent.

Domestic consumption of households – one of the driving forces behind the positive headline figure – was up by 4.4 percent and the country’s foreign trade balance showed a surplus of HUF 430 billion (€1.23 billion, slightly lower than in the same period of 2019).

The good macroeconomic data and the government’s successful handling of the coronavirus crisis are also reflected in the national currency’s position: while halfway through the restrictions period the forint bottomed out at around 366 to the euro, on Friday its was quoted at 348.06, having had recovered some of the losses it suffered between the introduction of the emergency rule on March 11 and the low point reached on April 20.

Reflecting the effect of the restrictions, just released April fuel consumption data also showed a marked decline: petrol sales amounted to 109 million liters and diesel to 233 million liters, down 33 and 22 percent respectively year-on-year, after a fall of 12 and 7.5 percent in March. This also had an impact on the budget’s fuel excise duty revenues, which came in at HUF 54.7 billion in April compared with 58.1 billion last April. Still, four-month revenues of 201.7 billion were slightly better than the 201.4 billion in January-April 2019.