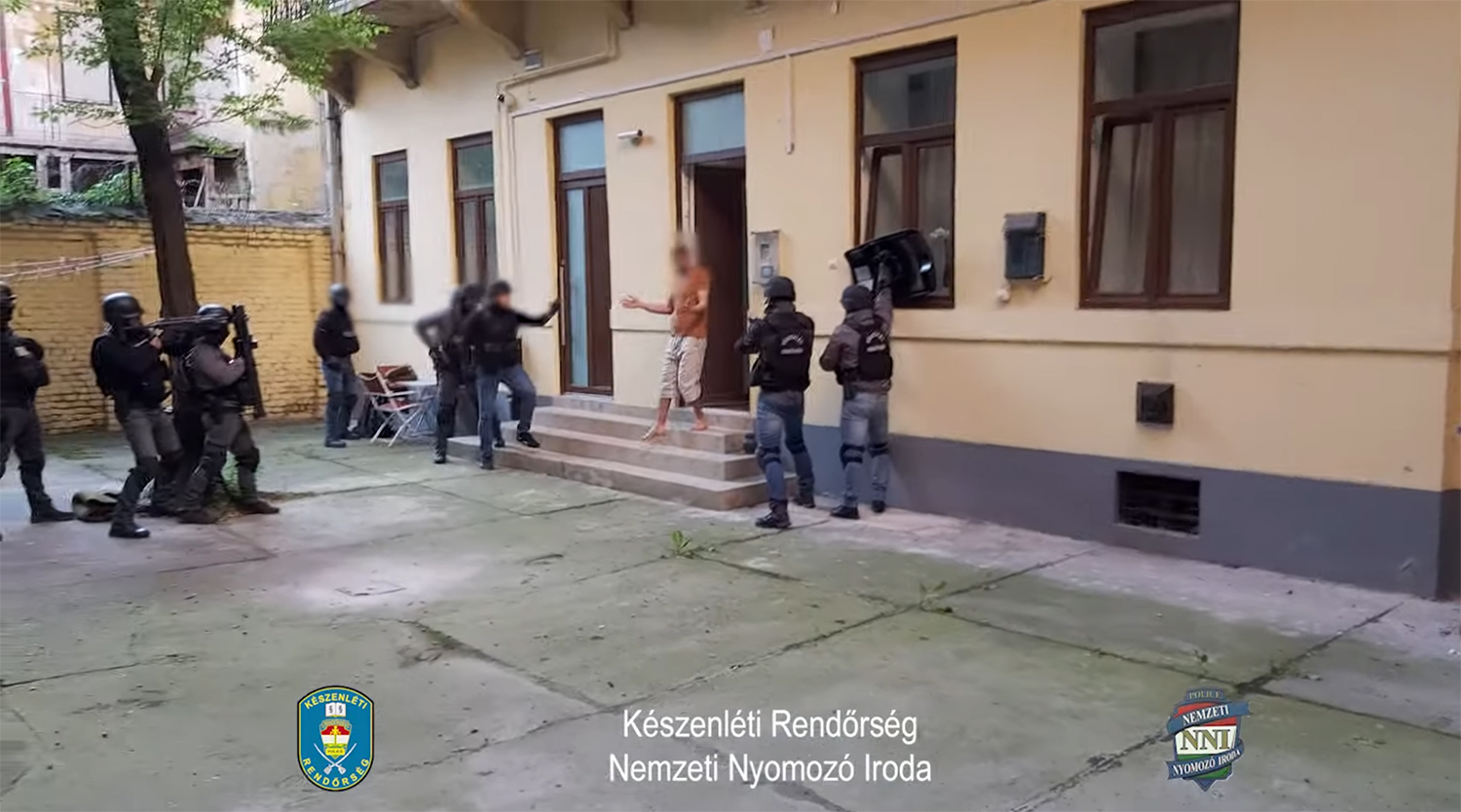 Hungarian police arrested two Arab men living in the capital thought to be the leaders of a people smuggling ring, who commissioned Hungarian and Bulgarian drivers to send migrants to Austria, the National Police wrote on its website.

The police are investigating several Hungarian and Bulgarian citizens who have taken migrants from Hungary to Austria more than 20 times since January this year, the police said.

The investigation led to arrests and investigations being carried out in Budapest on May 26. In doing so, Alahmed O., a 35-year-old Syrian citizen, and  Mohamed A.F., a 39-year-old stateless person, were arrested.

The 35-year-old man was under criminal supervision in a previous case of human trafficking, so he committed the acts charged against him in the present proceedings.

Investigators questioned the two men as suspects. Hungary is a transit hub for mostly Middle East migrants making their way to Western Europe through the Balkans route.

Title image: Arrest of one of the people smuggling suspects. (source: National Police)