Hungary can no longer be considered a full democracy, claim EU lawmakers in latest attack on Orbán’s conservative government

European lawmakers accuse Hungary of being an autocracy under Prime Minister Viktor Orbán, whose governing Fidesz party was re-elected with a two-thirds majority back in April 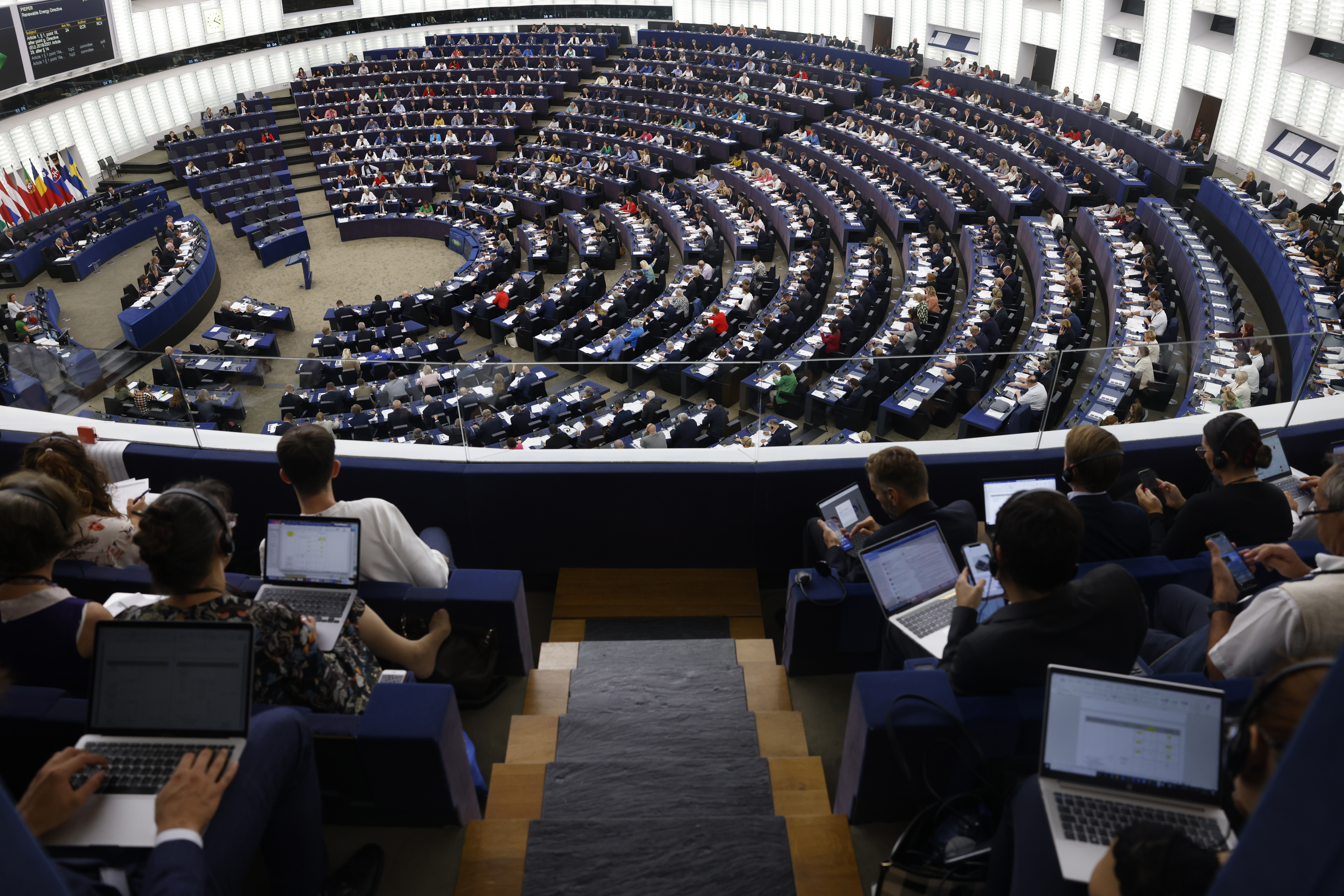 FILE - European Parliament members meet in a plenary session on Wednesday, Sept. 14, 2022, in Strasbourg, eastern France. European Union lawmakers on Thursday, Sept. 15, 2022 said that Hungary's nationalist government is deliberately trying to undermine the bloc's democratic values and they deplored the failure of the 26 other EU countries to take action that would bring the country back into line. (AP Photo/Jean-Francois Badias, File)

Hungary can no longer be considered a fully-functioning democracy and should be regarded as a “hybrid regime of electoral autocracy,” a report adopted by the European Parliament on Thursday stated.

European lawmakers adopted a non-binding but significant resolution on Thursday by 433 votes to 123, which criticized democratic principles in Hungary. This resolution comes despite Hungary’s government securing a landslide election victory with a two-thirds majority in April of this year, representing one of the strongest democratic mandates in all of Europe. The election was also certified as free and fair by a range of independent election observers.

Nevertheless, in a press release following the vote, the European Parliament condemned the “deliberate and systematic efforts of the Hungarian government” to undermine European values and demands.

Furthermore, it claimed the situation in Hungary has deteriorated to such an extent that it can only now be considered an “electoral autocracy.”

It blames what it regards as a democratic “backslide” on both Viktor Orbán’s Fidesz administration, and the European Commission which it claims has exacerbated the situation through its omission to intervene. MEPs further called for EU recovery funds to continue being withheld from the Hungarian treasury “until the country complies with EU recommendations and court rulings.”

The continuous criticism of Hungary has been ongoing since 2018 when MEPs first triggered the Article 7 procedure, what some consider to be a nuclear option which can ultimately deprive a member state of its voting rights. The only other country to be subject to the Article 7 procedure is Poland, which also conveniently continues to elect a conservative national government, much to the dismay of federalist, pro-globalism officials in Brussels, many who occupy their positions with no democratic mandate.

As Article 7 requires unanimity among other member states to take this action against an accused transgressor, Poland and Hungary have an agreement to block each other’s procedure.

In their scattergun approach to discredit Hungary, MEPs listed some of the main areas of concern, including the country’s constitutional and electoral system, the independence of the judiciary, corruption and conflicts of interest and freedom of expression, and media pluralism. 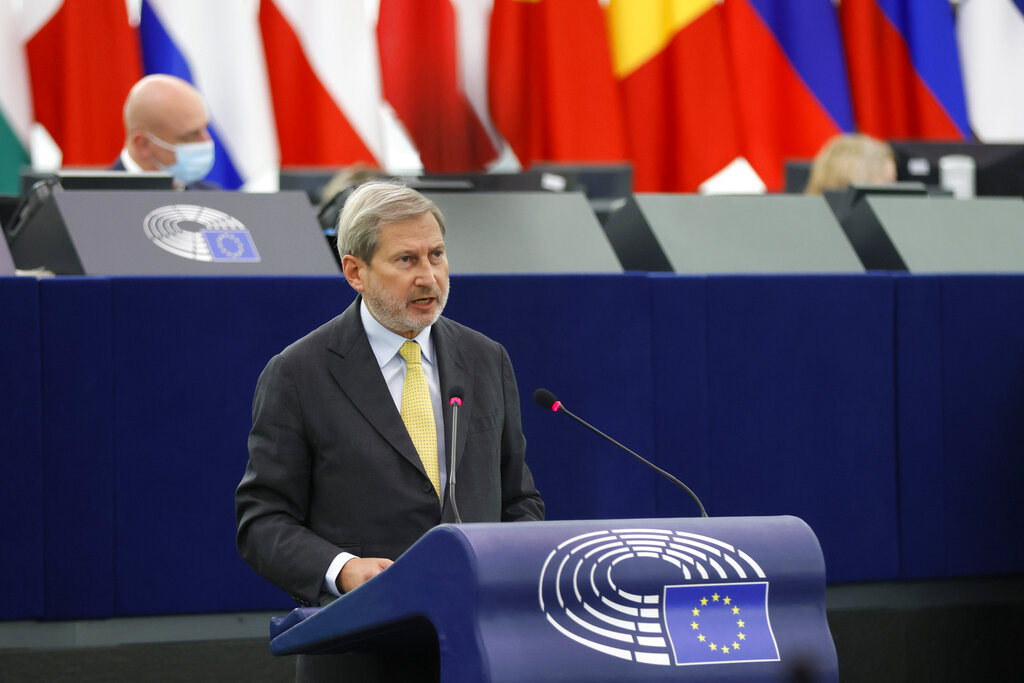 “Academic freedom, freedom of religion, freedom of association, the right to equal treatment, including LGBTIQ rights, the rights of minorities, as well as those of migrants, asylum seekers and refugees, are also problematic,” the press release reads.

One MEP asked to comment on the resolution, the left-wing French Greens politician, Gwendoline Delbos-Corfield said: “The conclusions of this report are clear and irrevocable: Hungary is not a democracy. It was more urgent than ever for the Parliament to take this stance, considering the alarming rate at which rule of law is backsliding in Hungary.” 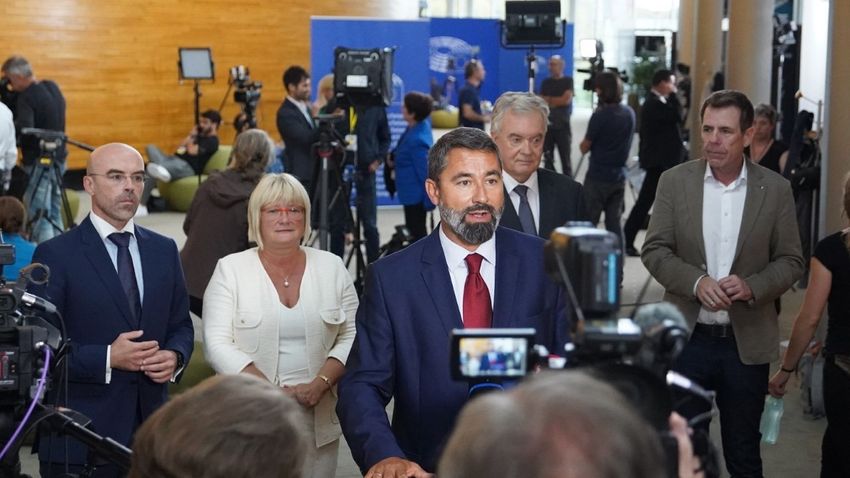 The European left is serving the interests of the Hungarian opposition, Hungarian MEP Balázs Hidvéghi said in the European Parliament on Wednesday

Arch-federalist and liberal MEP Guy Verhofstadt, known as one of the wealthiest MEPs in all of Brussels, tweeted: “Don’t know what is worse: that we are breeding an autocracy within the EU… or that so many MEPs, heads of state and the Commission are still allowing it to happen. Stop Orbán! Cut his EU finances and #EUCO power now!”

Ahead of the vote, Fidesz MEPs were incensed that Hungarian left-wing opposition politicians were set to vote to condemn the country and thus deprive the Hungarian government of much-needed EU funding to help alleviate the cost of living crisis that envelops Europe from affecting Hungarian consumers.

“Unpayable electricity and gas bills, failing businesses, looming unemployment and insecurity — these are the things that Europe should be responding to, not conducting a political witch hunt against Hungary,” underlined Balász Hidvéghi.

“What we see is that, while a constructive negotiation is going on between the European Commission and the Hungarian government, stigmatization, incitement, and problem-making are taking place here,” Hungarian MEP Kinga Gál added.

“This text is yet another attempt by the federalist European political parties to attack Hungary and its Christian-democratic, conservative government for ideological reasons,” a written reply to the report co-signed in solidarity by conservative MEPs from Spain, France, Poland, Italy, and Hungary read.

Some Eurocrats, including EU Budget Commissioner Johannes Hahn want to cut Hungary’s EU funding by up to 70 percent until it implements measures deemed acceptable by the European Commission.

Hungary’s Justice Minister Judit Varga has been in Brussels to hold talks with EU officials on this very matter since last week, posting an update on Monday in which she said, “We believe in dialogue based on mutual respect.” She vowed to continue working “to ensure that Hungarian people can access the resources they deserve.”