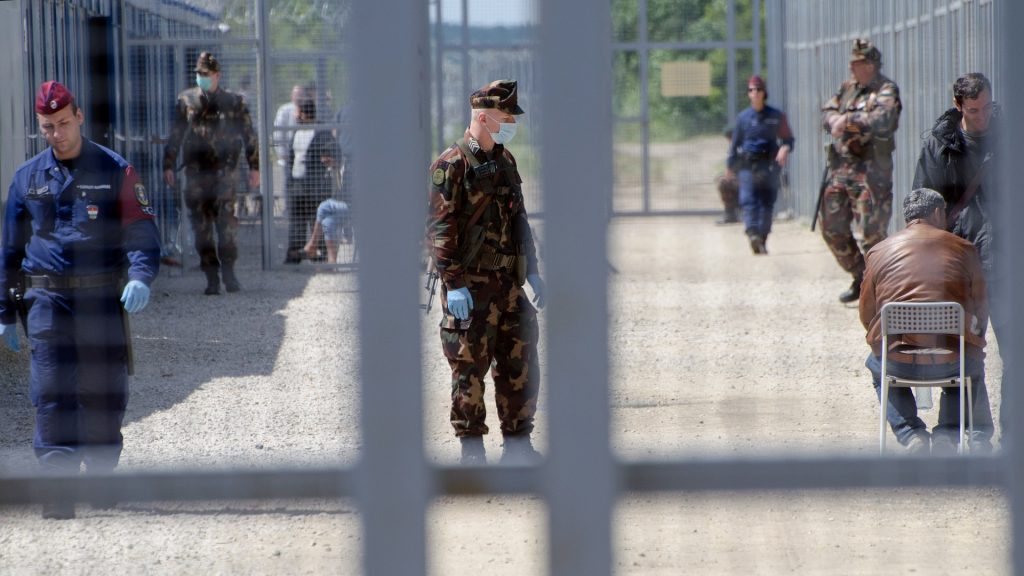 Hungary has closed both its transit zones at Röszke and Tompa on its border with Serbia in compliance with last week’s verdict of the European Court of Justice (ECJ), a ruling that the country disputes but has also tightened asylum applications to make it effectively impossible for migrants to claim asylum in the country.

The decision to close them was announced on Thursday at the weekly cabinet press briefing by Cabinet Minister Gergely Gulyás, who said that while the country doesn’t agree with the decision, as a member state of the European Union it has to respect the court’s decisions.

The ECJ’s ruling last Thursday said Hungary illegally held asylum seekers at the Röszke transit zone and has ordered Hungarian authorities to reconsider the practice of detaining of such migrants. The government of Hungary has maintained that it cannot be considered detention when the migrants are not allowed to enter Hungary but are still permitted to turn around and return on the route they came. A previous decision on the same case, handed down by the European Court of Human Rights, also found that the procedure did not constitute detention.

The ECJ case was originally filed by two Iranian and two Afghani nationals stuck in the Röszke transit zone on Hungary’s southern border with Serbia. They entered the transit zone seeking asylum in Hungary, but the Hungarian authorities refused to process their case, arguing that they came from Serbia, a country deemed to be safe.

Represented by a Soros-funded NGO, the Hungarian Helsinki Committee, they filed their case with the Szeged district public administration and labor court, which in turn forwarded it to the ECJ.

“The Hungarian government is complying with the judgment of the Court of Justice of the European Union. After the Court of Justice of the European Union and the European Court of Human Rights made contradictory decisions regarding transit zones, there was no reasonable solution left for Hungary other than to abolish them,” Justice Minister Judit Varga wrote in a Facebook post. “The government’s position remains unchanged: we will continue to protect the borders of Hungary and Europe and will do our utmost to prevent the development of international migrant corridors.”

Hungary has tightened asylum rules in response to the closure of the transit zones, which are located the Serbian-Hungarian border. They were built at the height of the migrant crisis in 2015.

Government spokesman Zoltan Kovacs wrote that all future asylum applications would have to be submitted at consulates in neighboring countries. Gulyás also said that from now on Hungary will only accept asylum applications at its foreign representations, which in the case of Serbia means the consular service of its embassy in the capital Belgrade.

These countries can reject applicants without the applicant ever setting foot on their territory.

Hungary contends that asylum applicants have no right to enter the country as they are crossing a number of safe countries on their way to Hungary.

“The Geneva Conventions stipulate refugees must apply for asylum in the first safe country. Nothing guarantees the right to choose where to apply, while breaking the law as an illegal migrant to boot.”