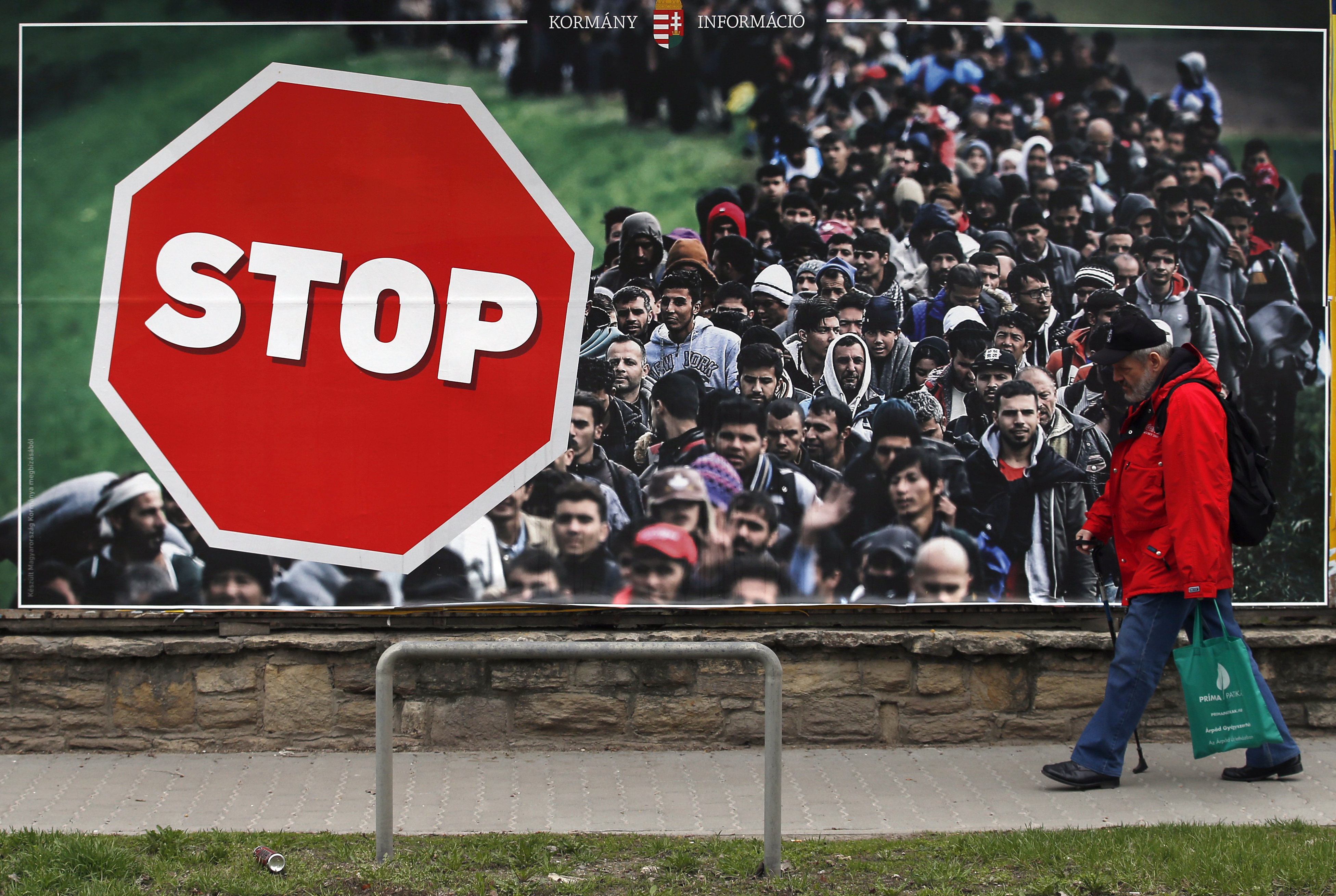 Following a counter-productive ruling on migrants detained in Hungary of the European Court of Justice (ECJ), Hungary is fighting a legal battle to keep control over its own borders, with the government planning a legal counter-attack that may partly rely on a recent German Constitutional Court ruling.

The ECJ, the European Union’s equivalent of a supreme court, has ordered Hungarian authorities to reconsider their application of such migrant detentions. Hungary said the ruling directly contradicts a previous ruling of the European Court of Human Rights (ECHR) last year.

The case was originally filed by two Iranian and two Afghani nationals stuck in the Röszke transit zone on Hungary’s southern border with Serbia who were given free legal representation by a Soros-funded NGO, the Hungarian Helsinki Committee.

According to German daily Die Welt, Hungary is now looking for ways to fight the ruling from Europe’s top court, and is specifically interested in a recent ruling by the German Constitutional Court which said that the European Court of Justice (ECJ) overstepped its mandate when it rubber-stamped a European bond issue scheme designed to alleviate a monetary crisis may in a ruling two weeks ago.

The German Constitutional Court ruling has already been hailed as a potential game-changer in the history of the EU’s power over nation states and their legal systems. With the Germans rejecting the ECJ’s ruling on bond purchases, it may have opened up the option for countries such as Hungary and Poland, which are looking for more sovereignty in a range of issues such as immigration, to oppose rulings from the ECJ and forge their own path.

Hungarian Justice Minister even hailed the German ruling as a new “milestone” in an interview with Hungarian newspaper Magyar Nemzet.

Die Welt writes that the EU court has classified Hungary’s practice of detaining asylum seekers in two transit zones on the border with Serbia as “detention” and found it to be illegal. Under Hungarian law, asylum seekers must remain in the transit zones until the completion of their procedures, such as in the transit zone of an international airport. So, these migrants can only enter the country with valid documents before they are de facto on Hungary’s national territory, otherwise they are not considered to have actually entered the country.

The law was effective at halting migration to Hungary, which is why Soros NGOs may have targeted it in the EU’s courts.

Hungary’s Chief Security Advisor György Bakondi said yesterday on Hungary’s M1 channel that Hungary will refuse to accept the ECJ’s ruling that Hungary’s transit zone qualifies as a place of detention, and that the matter will only be examined through the Hungarian constitution and not EU law, according to Index.

Bakondi emphasized that the transit zone on Hungary’s southern border was an effective deterrent against migration and has worked well for the country. He warned that Hungary could see a repeat of the 2015 border crisis if the transit facility were to be dissolved.

Bakondi stated that illegal migrants pose a public security risk and that the 130,000 migrants currently on the Balkan route may be potential carriers of the coronavirus virus.

The battle between the EU and Hungary regarding whether asylum seekers can be detained for the duration of their procedure may also have a significant international impact.

Currently, nobody who enters Hungary from a so-called “safe” country is entitled to asylum. For example, for migrants who first enter safe countries like Serbia, Bulgaria, Greece, and also Turkey, they cannot turn to Hungary and ask for asylum. That means anyone who enters Hungary illegally will also be asked to leave again, making it physically impossible to enter Hungary by land and be entitled to asylum.

Only after a ruling by the European Court of Human Rights (ECHR) in 2013 did Hungary become a destination for migrants who want to go to the EU.At that time, the court ruled that asylum seekers are free to stay in the country in which they apply. Since Hungary is in the Schengen zone, this actually meant freedom of travel for all asylum seekers.

Hungary adhered to the ECHR judge’s decision – and saw a rapid multiplication of border crossings, first by migrants from Albania and then, from 2015, from all over the world. The ECHR has since been accused of being stacked with judges who have worked directly or indirectly for billionaire financier George Soros and his Open Society Foundation.

With the introduction of Hungary’s border fence and transit zone, it was able to bring the migrant crisis in the country to a complete halt.

Now, Hungary’s decision to adhere to its own constitution in its legal battle over migration with the EU is raising concerns from the very man who helped initiate legal proceedings against Hungary in the first place. Soros recently expressed fears that the German Constitutional Court decision could ultimately give Hungary and Poland more freedom.

“When Germany joined the EU, it committed itself to abide by European law. But the ruling raises an even bigger issue: if the German court can question the decisions of the European Court of Justice, can other countries follow its example?

“Can Hungary and Poland decide whether they follow European law or their own courts — whose legitimacy the EU has questioned? That question goes to the very heart of the EU, which is built on the rule of law,” said Soros,

The recent ECJ’s ruling came just before many European countries – including some of Hungary’s neighbors – have begun to lift coronavirus travel bans, once again increasing migratory pressure on the country.