Most migrants are Afghan, Syrian and Turkish nationals 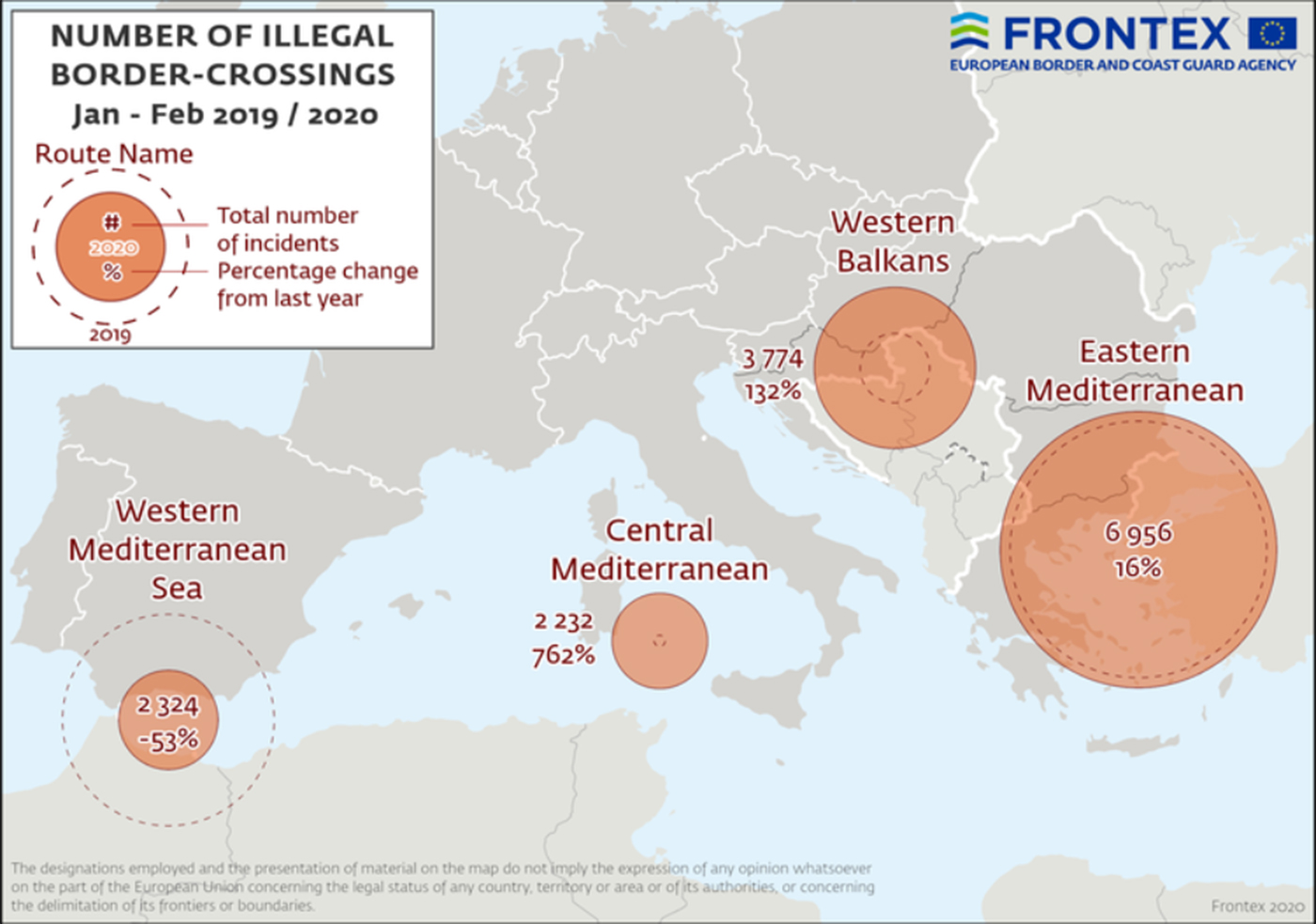 Despite a 42 percent reduction in the number of illegal border crossing attempts into the European Union from January to February, the longer term trend shows a significant increase. In the first two months of the year, illegal migrant crossings rose by 27 percent compared with the same period of 2019, the European Border and Coast Guard Agency Frontex said in its February migration update.

Frontex said that the Eastern Mediterranean Sea migration route continued to account for the largest share of illegal border crossings into Europe last month, although the number of migrants taking this path into Europe fell 42 percent from January to around 2,500.

The agency added, however, that the February figure did not reflect the increased number of migrants who had sought to enter Greece since  March 1. In the first two months of 2020, almost 7,000 illegal border crossings were detected on this route, or 16 percent more than a year ago.

Afghans were the top nationality detected on this route, accounting for more than one out of every three irregular migrants detected, followed by Syrian and Turkish nationals.

The top three nationalities detected on this route were nationals from Bangladesh, Algeria and the Ivory Coast.

The number of migrants arriving in Europe via the Western Mediterranean Sea route in February was mostly unchanged from the previous month, numbering 1,200.

In the first two months, the total stood at slightly above 2,300, or less than half of the year-ago figure. Algerians accounted for nearly half of the migrants detected on this route in January and February.

There were more than 1,250 detections of illegal border crossings recorded on the Western Balkan route in February, less than half the figure from the previous month.

However, in the first two months, the number of illegal border crossings doubled from the same period as last year to nearly 3,800. Nationals of Syria and Afghanistan accounted for most of the migrants detected on this route.