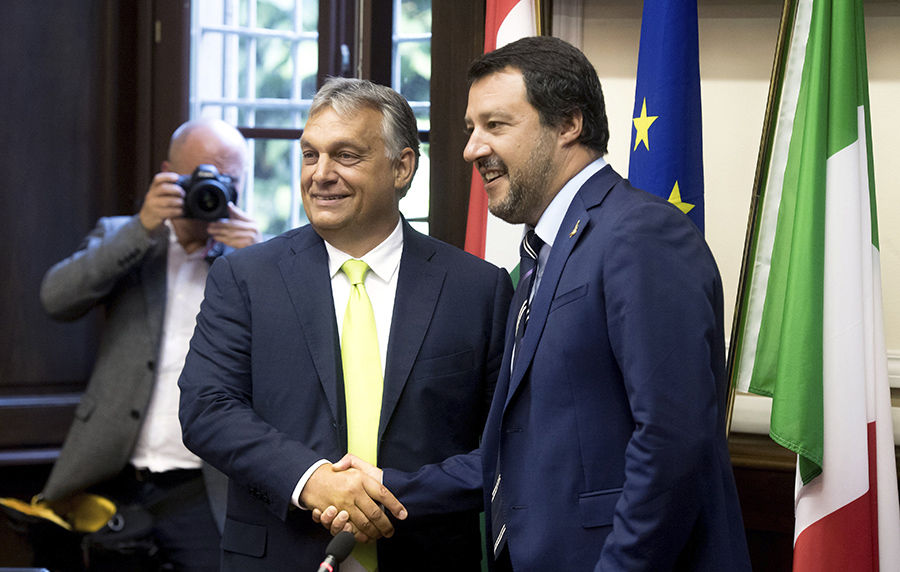 “We’re not fighting against Europe but against the European Union that has become a totalitarian system,” Le Pen said. She also distanced herself from the project of former Trump´s adviser Steve Bannon, apparently because of his nationality.

Speaking with Le Pen by his side, Salvini said the May vote to elect members of the European Parliament would signal a “common sense revolution” across the continent. “Europe’s enemies are those cut off in the bunker of Brussels. The Junckers, the Moscovicis, who brought insecurity and fear to Europe and refuse to leave their armchairs,” said Salvini.

Le Pen, Salvini and other far-right anti-immigrant parties hope to upset the balance in the European parliament after the May vote. However, the French far-right leader distanced herself from US President Donald Trump’s former advisor Steve Bannon, who has shared platforms with several of Europe’s hard-right leaders, including Salvini, in recent months.

“Bannon is not European. He is American,” Le Pen said, responding to Bannon’s plans for a Brussels-based foundation called “The Movement” to spark a populist right-wing revolt across the region.

“It is we, and we only, who will shape the political force resulting from European elections,” Le Pen said. “We are today at an historic moment. History with a capital ‘H’ will be written in May. It will be the emergence of a Europe of nations,” Le Pen added.