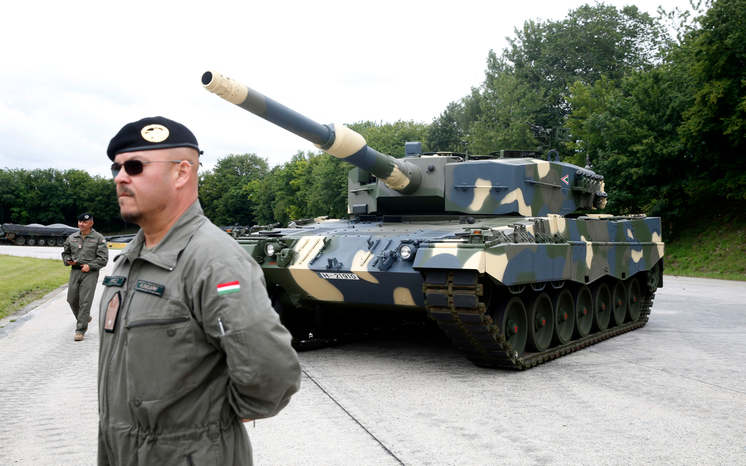 The recent developments in Hungary’s Zrínyi 2026 arms modernization program will not only ensure the proper equipment for the country’s armed forces, but will also result in billions of euros in export revenues, government commissioner for armed forces development Gáspár Maróth said in an interview with radio station Spirit FM.

“Cooperation with these companies is not planned for just four or five years but for at least 30 to 40 years, and the products manufactured here also being exported,” Maróth said. “This means that the state’s money will have a good return on these investments.”

Maróth noted that when state-owned defense holding HM Arzenál begun the construction of a small arms manufacturing facility in Kiskunfélegyhéza in 2017, that project was launched “practically from scratch”.

He was speaking on the occasion of the most recent cooperation agreement. As Remix News reported earlier, this week Hungary signed a contract with Germany’s Dynamit Nobel Defence GmbH for the production of explosive-reactive armor (ERA) and components of shoulder-launched anti-tank missiles.

Regarding the country’s largest military production facility announced last month, Maróth said that the cooperation with Germany’s Rheinmetall GmbH to make Línx infantry fighting vehicles will also be lucrative for the country.

“The Zalaegerszeg plant, where the Lynx combat vehicles are manufactured, is estimated to have revenues worth billions of euros, of which the Hungarian program alone will cost more than €2 billion, which will enter the factory as an order,” he said.

Maróth also said that in parallel with these production facilities, Hungary is also establishing what has so far been largely a missing military research and development capability, which will also be pivotal in the country meeting its commitments towards NATO. With regard to the military alliance Hungary is part of since 1999, he said that another two or three major purchases will be announced before the end of the year.

“NATO expects Hungary to develop its air defense system. Looking to the future, we need to rethink our radar systems, and we also have plans regarding artillery capabilities. All that I can say for now is that we will make two or three more announcements by the end of the year,” Maróth said.

Hungary will increase its defense budget by 30 percent in 2021 to 778 billion forints (€2.2 billion), bringing it to 1.66 percent of the GDP, a significant step towards the country’s pledge to reach its two percent funding goal by 2023.