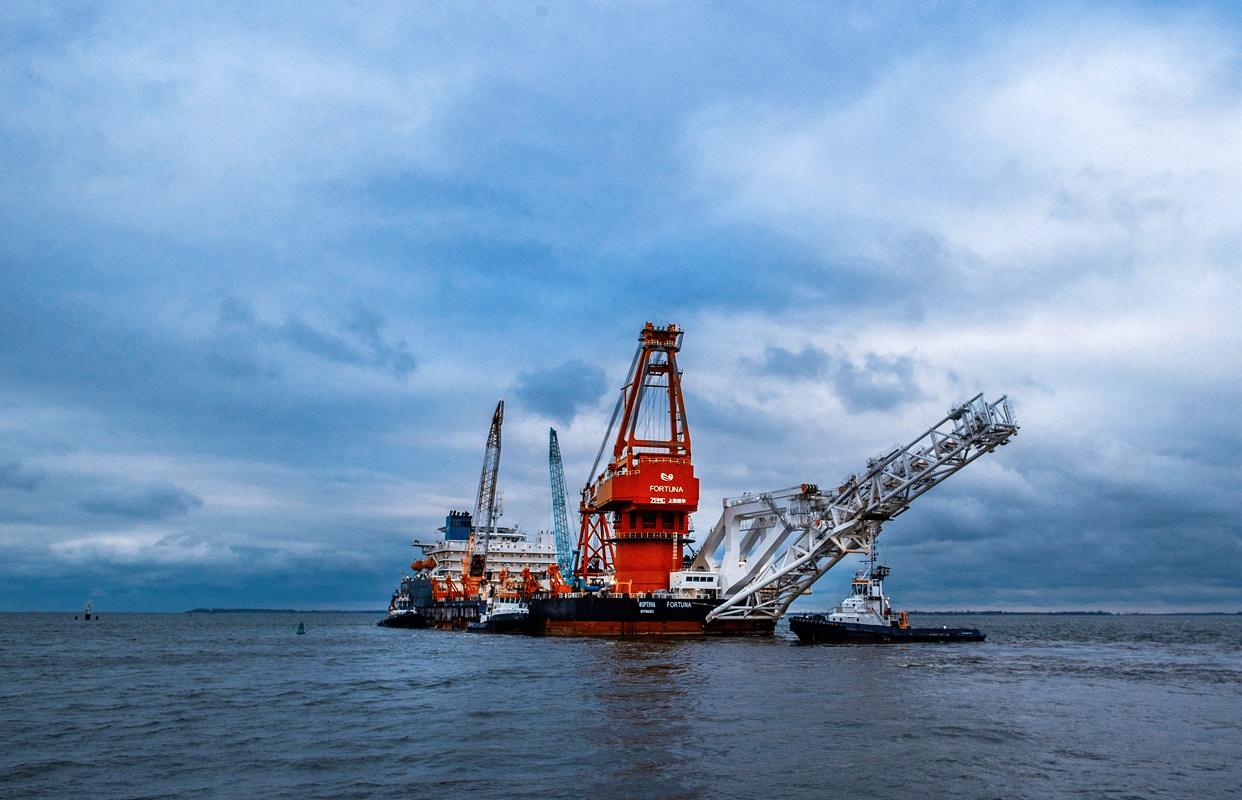 Following successful trial runs at sea, the Akademik Cherskiy ship has initiated its work on Danish waters, announced the Nord Stream 2 AG company. Since the beginning of February, the Russian ship Fortuna has also been laying the pipeline on the Baltic Sea’s seabed.

The Nord Stream 2 pipeline, which is meant to transport gas from Russia to Germany, is almost completed. The project’s operator, the Nord Stream 2 company, referred to information from the end of March according to which 95 percent of the pipeline has been completed. Only 93 kilometers on Danish waters and around 28 kilometers on German waters remains to be completed.

In early March 2021, the Akademik Cherskiy vessel left the port in Wismar where it was reconstructed. Next, the ship participated in sea trials near Kaliningrad, and at the end of March, it had left to Danish waters to continue preparations.

One of the Swiss companies involved in the pipeline had withdrawn its ships from the project’s construction in late 2019 out of fear of American sanctions. For over a year, the laying of the pipeline was interrupted. At the end of 2020, the vessel Fortuna had successfully installed a section of pipeline in German waters.

The United States is seeking to halt Nord Stream 2’s construction through sanctions, fearing that Europe could become too dependent on Russian gas due to the project and give Moscow leverage over European politics. Meanwhile, the supporters of the pipeline claim that the American side is interested only in better opportunities for the sale of their liquefied natural gas (LNG) to Europe.

The controversial pipeline consists of two 1230-kilometer-long threads and is designed to transfer 55 billion cubic meters of natural gas from Russia to Germany on an annual basis.

The pipeline’s construction has been strongly opposed by Poland, Ukraine, the Baltic states and the US while its construction is supported by Germany, Austria and a few other EU states.

Title image: Since the beginning of February, the Russian ship Fortuna has also been laying the pipeline on the Baltic Sea’s seabed, AP Images.