To be firmly integrated into the EU means to be active 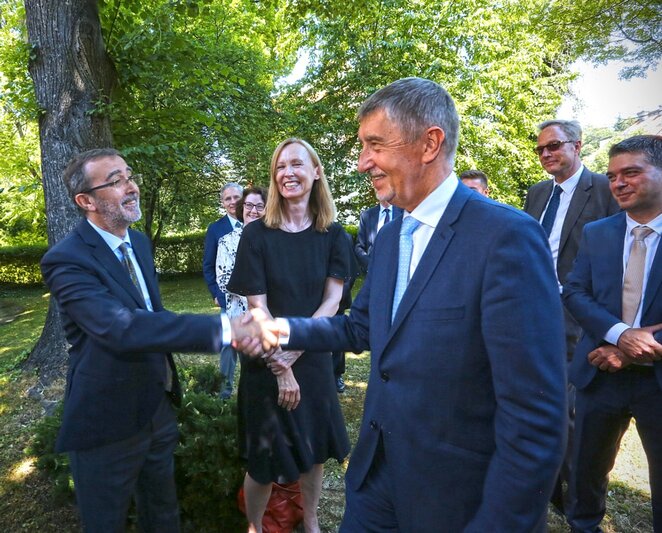 The Czech Republic is firmly integrated into the European Union, and its EU membership should not be part of political debates, believes Prime Minister Andrej Babiš. However, this does not mean that Czechia should automatically take over everything produced by “Eurocrats” in Brussels or “progressive political elites in large countries.” Babiš’ comments came at the Multiple Challenges for Transatlantic Partnerships conference at the Prague Congress Center, organized by the Institute for Politics and Society.

According to Babiš, to be firmly integrated into the EU means to be a very active member and, when necessary, to have the courage to be critical. Czechia should not automatically agree to everything that is in the interests of large states. “We must constantly fight for our national interests in the EU and we should not be naive, because all the member countries in this club are always fighting for their national interests,” he said.

The prime minister stressed that a common market with the free movement of people, goods, services and investments is important for industrial and export-oriented Czechia. In this regard, he called for less regulation and bureaucracy.

Babiš believes that the borders of Schengen should be unified with the external borders of the European Union. However, at the same time, he supported tougher border controls. According to him, migration policy should be fully in the hands of the member states, and asylum applications should be assessed at checkpoints outside the EU. He also highlighted the cooperation of the Visegrad Group countries — the Czech Republic, Slovakia, Poland and Hungary.

He further mentioned the issue of nuclear energy, which he described as a national interest of the Czech Republic, saying, “We can’t rely on the belief that wind and solar energy will take care of everything.”

Babiš called the Atlantic area an area of democracy, freedom and law, noting that in addition to Western countries, countries such as Japan, South Korea, Israel, Australia and New Zealand should cooperate more. “The EU and the US should not only compete, but also cooperate more in technology, research, development and innovation,” he stated.

Foreign Minister Jakub Kulhánek said at the conference that security remains the most important element of the transatlantic alliance. He considers the European Union, the United States and NATO to be a crucial strategic triangle. However, there is a need to strengthen cooperation between the EU and NATO. He identified free and fair trade without unnecessary trade barriers as another priority.

“A united, capable and self-sufficient EU is good for Europe, good for the transatlantic partnership, and good for a rules-based multilateral world system,” Kulhánek concluded.