Poland and Hungary in the crosshairs of the European Commission, says Věra Jourová

Jourová openly discusses the various punitive measures she and other officials in the EU have in the works for Poland and Hungary, including cutting EU funds and even suspending voting rights for the two membe states 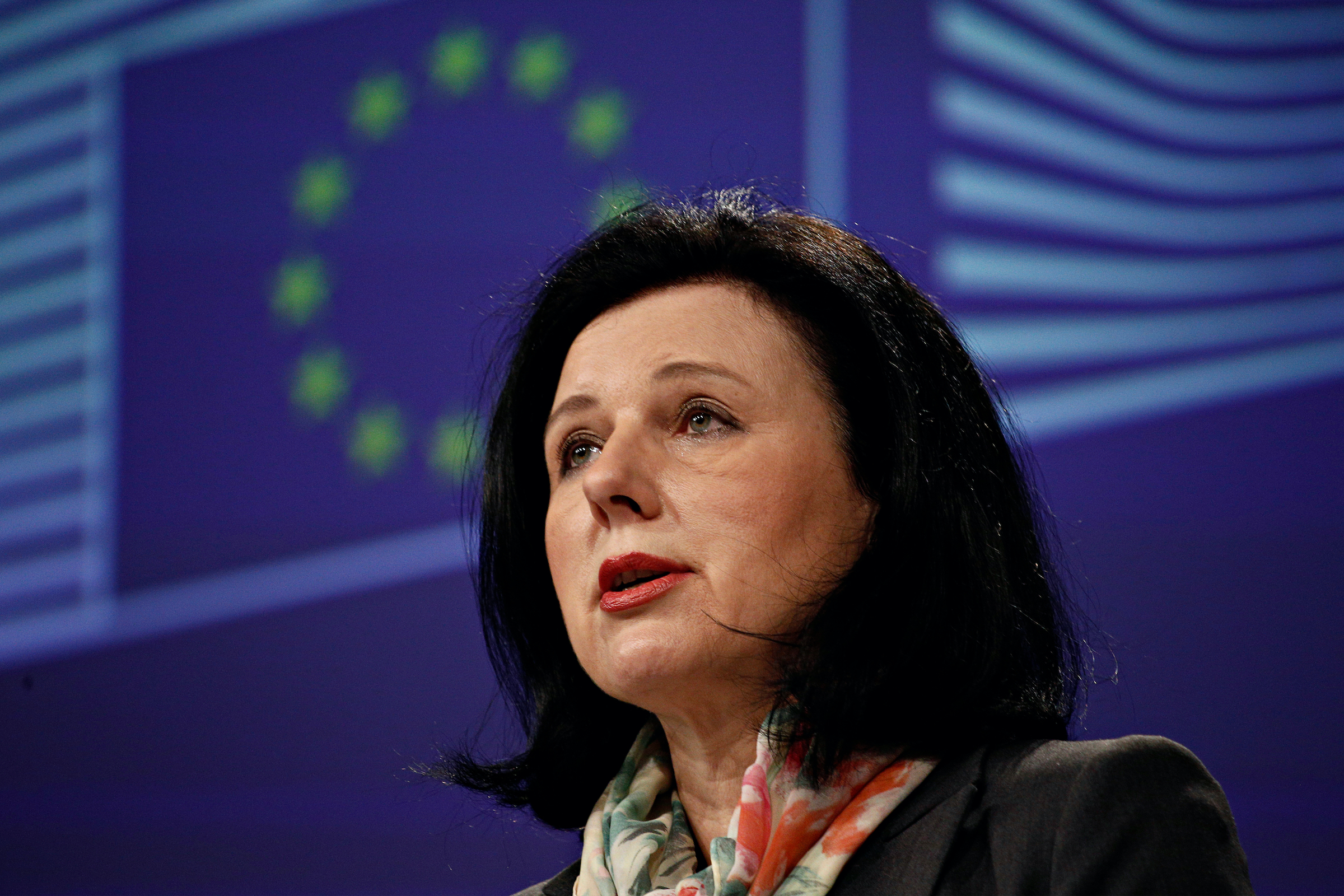 Remix News reported earlier on a study showing that countries that emerged from behind the Iron Curtain are severely underrepresented in the top leadership of EU institutions. Yet, for even the few who did achieve a high-ranking position, those picks seems to be an alignment with the ultra-liberal ruling opinion elite and have an unconditional loyalty to the powerful “old-member” bureaucracy represented by liberal member states like Germany and France.

A prime example of such total conformity with the EU’s liberal ethos is Poland’s Donald Tusk, the former president of the European Council, who is known to have joined ranks on party-political lines with forces critical of his native Poland’s Christian values and stance against uncontrolled mass migration. Another personality from the former Eastern bloc, the Slovakian vice-president of the European Commission, Maroš Šefčovič, has been showering praise at the embattled leader of the Commission, Ursula von der Leyen, praising what is widely regarded a shambolic vaccine acquisition process even as EU member states still facing a severe shortage of the drug. Despite the widely criticized failure of the European Commission, in a recent statement he had famously tried to reassure critics of the European vaccination process saying, “We should not have any concerns about whether we will have enough good quality, safe and tested vaccines in Europe, and I am sure that in a few weeks or months we will have discussions about how to share even these vaccines with our neighbors…”

Perhaps the Central-Eastern European-born official with the most vindictive and radical attitude to punishing all EU member states that have a vision different from the one defined by the currently dominant Franco-German axis is the Czech vice-president of the European Commission, Věra Jourová. She is particularly known for her strong pro-migration views and for her regular threats that she issues against European conservative governments.

In her latest — perhaps most divisive — statement made during an interview with the German left-wing newspaper Handelsblatt, Jourová was candid about her plans in which she aims to focus on punitive Article 7 proceedings against Hungary and Poland. These, in her own words, may lead to withdrawal of EU funds from the two countries and the revocation of voting rights within the EU’s institutions.

The openly discusses the two areas in which she intends to make a case against the two countries: freedom of the media and independence of the judiciary. With her remarks, she is effectively using the rule-of-law mechanism to blackmail Hungary and Poland into suppressing conservative opinion and aligning their judiciary with a Western ultra-liberal interpretation of the law. Abandoning every pretence of impartiality that her office usually demands, she had threatened “to impose financial sanctions on individual member states for violating fundamental democratic rights.”

Jourová had expressed hopes that the legal challenge mounted by Hungary and Poland (against tying the rule of law mechanism to European funds) at the European Court of Justice (ECJ) will be fast-tracked. In a vocabulary that leaves little doubt about the outcome of the legal challenge, Jourová seemed certain that the Commission “will have a new, fair and very effective instrument in hand. After all, we can then cut EU budget funds in the event of violations.”

Until such a decision is made Jourová threatened to use other means to keep rebel EU governments in check. Taking the outcome of the ECJ effectively for granted, Jourová had revealed that the Commission is already working on applying the coming sanctions retroactively. This will mean that even if the EU’s top court would decide only in a few months, the financial sanction would be applied retroactively from Jan. 1, 2021.

While one of the main areas in which the European Commission plans to attack and penalize Poland is the country’s allegedly biased judiciary, Jourová herself seems to be entirely confident in the positive verdict of the ECJ favoring the European Commission. In such a scenario, infringement proceedings against Hungary and Poland would begin immediately, and “in the worst case scenario can lead to the removal of voting rights in the Council.”

The unguarded statements from a top EU official, however, may undermine confidence in the European legal process and might indicate a lack of impartiality on the part of the EU’s top court.