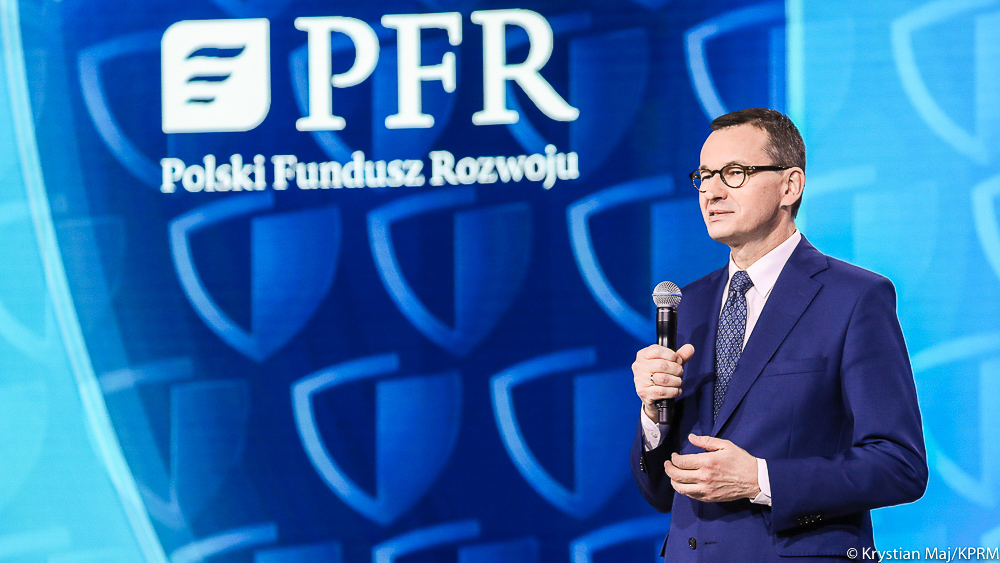 During the “Shield for Polish companies and workers” conference, Morawiecki pointed out that not so long ago, Polish companies were asking whether they would survive the coronavirus crisis and questioning when they would have to resort to mass layoffs.

Morawiecki said that today the question is different, as companies now ask, “When will we return to the path of development?”

The prime minister warned about the unique and dangerous character of the current crisis.

“This crisis has a very unusual character. It steals oxygen from entrepreneurs, and in that case, we must make those difficult decisions concerning hiring workers,” he said.

He emphasized that alongside President Andrzej Duda, they had reacted swiftly to save employees, which was the primary goal of the government.

Morawiecki underlined that so far 2.5 million workplaces have been saved and hundreds of thousands of more will be too through their applications to the anti-crisis shield, which has released the equivalent of tens of billions of euros to companies to help fight the crisis.

The prime minister indicated that Poland’s anti-crisis program is believed to be one of the best in the world and that the government made the right decision.

He admitted, however, that this is the largest “economic storm” in a century and there will be turbulence, although Poland is on the right track.

“All of our institutions understood that this is a crisis without precedent, and we had to find an answer to this crisis like no Polish government before us had to. The goal of using funds to save workplaces and turned out to be the correct one,” Morawiecki said.

Bloomberg recently forecast that Poland would see the lowest dip in GDP in 2020 in all of Europe and other experts have pointed to Poland’s successful navigation of the health and economic consequences of the coronavirus crisis.