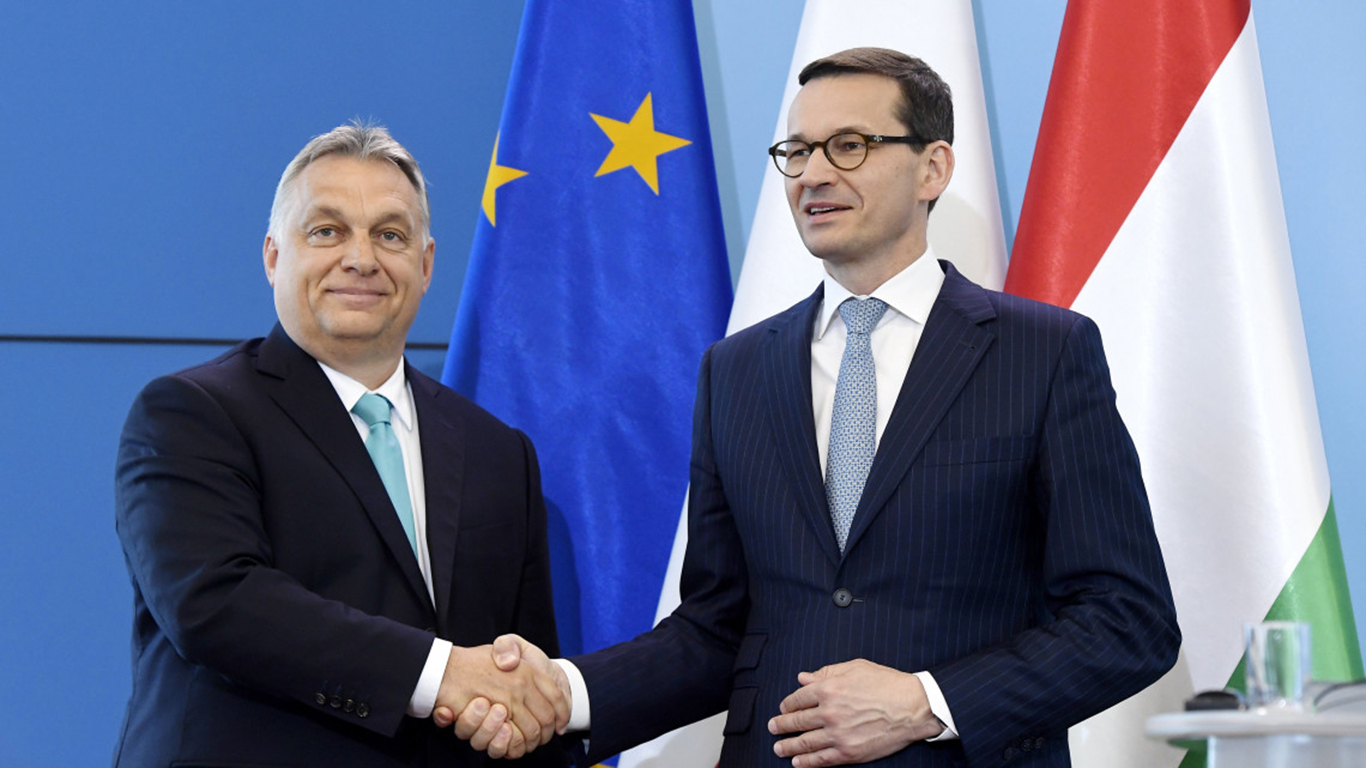 The alliance between Hungary and Poland shares a thousand years of history, and the Christian identity both countries promote within Europe can help counterbalance the violence of the Black Lives Matter movement spreading in the West, Polish Prime Minister Mateusz Morawiecki told conservative daily Magyar Hírlap in an interview.

Morawiecki said that decades of communist oppression further deepened Hungary and Poland’s friendship, which should provide a strong basis for rebuilding the region along traditional values.

“This is possible partly because our policies are based on Christian values, which are not only the foundation of the European identity, but also give a cultural and moral basis for non-believers,” he said, adding that safeguarding these traditional values is particularly important in the face of the violence of the Black Lives Matter movement.

“When historical monuments are being destroyed in the United States and some parts of Europe, we want to counterbalance this destruction with positive programs. (…) We must ensure that Central Europe remains an oasis of common sense and peace.”

Morawiecki said Hungary and Poland are continuously seeking to promote strong families, which is the type of traditional value that can counter “ideological revolutions”.

“We are sensitive to ideological revolutions and have a good understanding of the importance of traditional institutions such as the family. I want to work with Hungary and the whole region because I know that together we can make families feel safe and develop freely,” he said.

The latest European Union summit was a prime example of the effectiveness of Polish-Hungarian cooperation as the two countries have both achieved additional economic support for their economies and withstood pressure regarding the rule of law.

“The Polish-Hungarian alliance is especially important for me. Over the past few days all newspapers around the world wrote about it, from Politico to The Guardian and The New York Times,” Morawiecki said. “Our friendship is not only a thousand-year-old historical relationship, it is [also] filled with solidarity and fighting shoulder to shoulder.”

He also said the EU summit was a very good example of how the two nations can achieve their common goals.

“Together with Prime Minister Viktor Orbán we managed to achieve a huge support for our economies and together we halted the pressure from Brussels in matters of rule of law, just as we previously withstood pressure on matters such as migration policy,” he said. “It is clear that the issues we handle are changing dynamically, but one thing is constant: the Polish-Hungarian friendship.”

Morawiecki also said the summit made it clear that the Visegrad Group has the “power to shape the policies of the whole Union. We are the ‘language of balance’ – the voice of understanding between the parties at the debate.”

In the past, Orbán has been open about Hungary’s strong alliance with Poland, saying in an interview with Business Insider in 2016, “Concerning Poland, I can only say that the peoples of Central Europe and Hungary are a community in fate, to the death. Many of us would spill our blood for Poland any time. And vice versa: in an emergency, many Polish people would give his life to protect Hungarians. This has happened more than once over the course of history.”

Poland must maintain its sovereignty

Morawiecki also discussed how his party will help steer Poland to greater independence. He said that Poland has neglected many cultural and economic areas since it broke away from the Soviet Union in 1989 but the country must continue to forge its own path.

“For the past 25 years, Poland has been a country that others have talked about, not a country that has spoken about itself,” he said. “This is evidenced by prevalence of foreign media initiatives in Poland’s media landscape. Therefore, the basis of our activity, as the last five years have shown, is to preserve and strengthen Polish sovereignty. Fortunately, we have many third sector institutions for which this is just as important. I am thinking of foundations, associations, independent institutes, and many talented young people.”

As Remix News previously reported, Poland’s ruling Law and Justice party (PiS) is looking to decrease foreign media ownership in Poland in line with what other countries like Germany and France experience.

Economic growth is key to a strong Europe

Speaking about the Visegrád Four group — an alliance between Poland, Hungary, the Czech Republic, and Slovakia — Morawiecki said that the group’s Polish presidency which began on July 1 has the self-explanatory slogan “Back on Track.”

“We must return to the dynamic economic growth track and have to have a positive influence on the Union,” he said. “We must return to traditional European values such as economic cooperation, single market, solidarity and an understanding of the various European countries’ historical and social differences.”

Speaking about domestic policy, Morawiecki said the reelection of President Andrzej Duda, who belongs to Morawiecki’s conservative Law and Justice (PiS) party, offered his government three more years to reunite the country, which some commentators said was divided into “Poland A” and “Poland B”.

“One of the most important tasks I see is to unite the Poles. This has absolute priority”, he said. “We simply want to create a country where it is good to live, learn, work and establish a family.”

He said that major development projects such as the new Central Polish Airport or the Vistula Spit Canal or the planned Via Carpathia motorway are the type of projects that can unite Poles, jumpstart the economy, and aid in Poland’s development.