The majority of Law and Justice (PiS), Left party and Polish People’s Party (PSL) MPs voted in favor of the bill while the Civic Coalition (PO) abstained and the Confederation was against 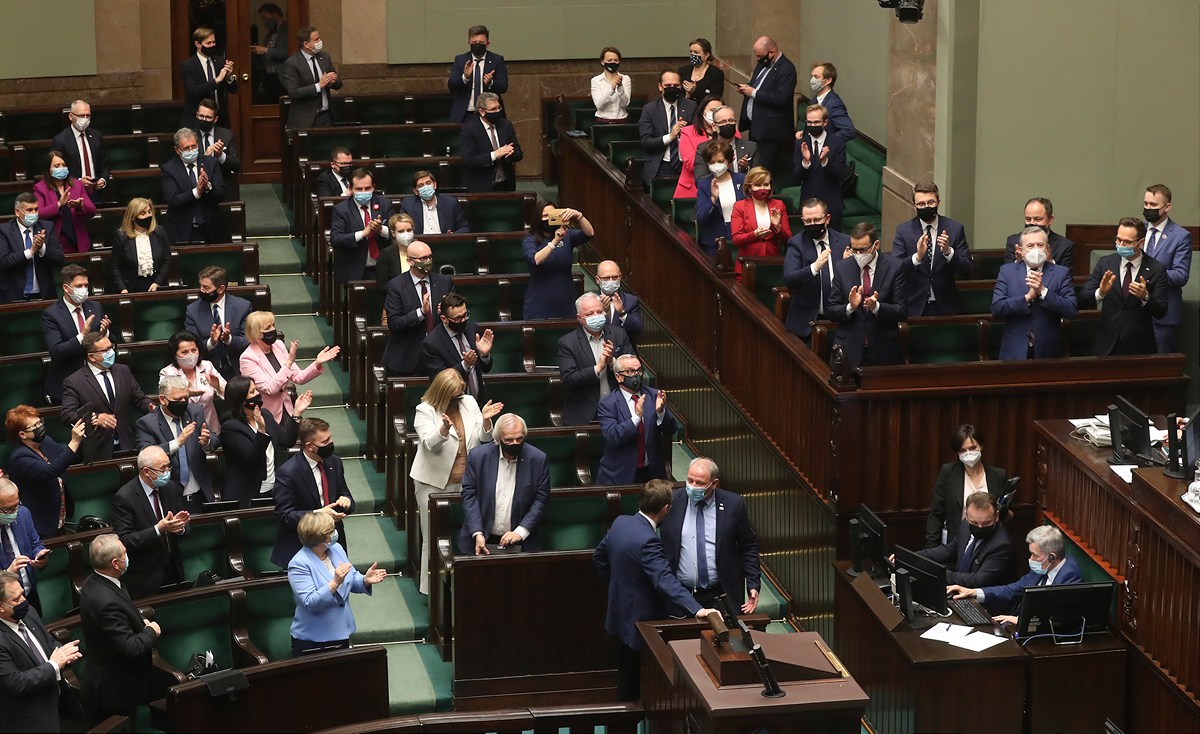 On Tuesday, Poland’s parliament, the Sejm, passed the National Recovery Plan bill, which fulfilled a key step that would permit Poland to gain access to European Union recovery funds. The measure passed with a large majority, which saw 290 MPs out of 460 voting in favor of the ratification, 33 were against and 133 abstained.

According to data from parliament’s website, 211 Law and Justice (PiS) MPs voted in favor; 20 were against (Solidarity Poland fraction) and two did not take part in the vote.

From the Left party, 46 out of 47 MPs voted in favor of the bill, as did 22 Polish People’s Party (PSL) MPs (one abstained). All five MPs from the Poland 2050 group also voted for the National Recovery Plan. Out of the four Kukiz 15 party, two MPs were in favor, one against and one abstained. One unaffiliated MP voted against the bill.

Among the Civic Coalition (PO) MPs, 127 abstained. Only 1 MP had voted in favor of the ratification and two had not participated. Three Polish Affairs MPs also abstained, and all 11 right-wing Confederation MPs opposed the bill.

The plan is to be ratified now by the upper chamber of the Polish parliament — the Senate.

Prime Minister Mateusz Morawiecki thanked all those MPs who had votes for the ratification despite their party allegiances.

“This definitely was a breakthrough vote,” he said, assuring that he “received it as a very positive one because it turned out that there was a very large majority in parliament which was aware that we must jointly carry out actions for the good of our homeland.”

“Today, Poland most definitely was victorious. The hard work of Poles will be supported thanks to all the different infrastructure investments,” he added. The prime minister pointed out that while there had been much emotion in the parliament on Tuesday, there were political groups and MPs who voted for Poland.

The ratification of the decision of the European Council from December 2020 on the EU’s own resources by all EU member states is necessary to activate both the Multi-Annual Financial Framework for 2021-2027 and the EU Recovery Fund. Poland is meant to receive €169 billion from the EU budget and Recovery Fund over the next few years.

Each EU member state must prepare and send a National Recovery Plan to the European Commission which is meant to be the basis for receiving funds from the EU Recovery Fund.

On Monday afternoon, Poland had officially filed all necessary documents from the National Recovery Plan to the European Commission.