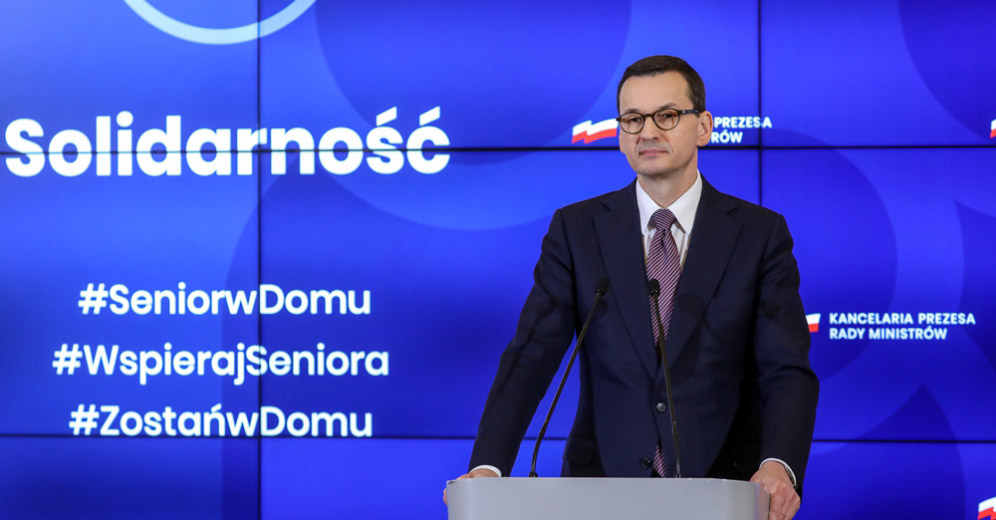 “We will not be able to avoid this storm entirely,” he said in the video posted to Facebook but promised that a planned €47 billion financial “shield” is meant to protect the Polish economy during the “battle” ahead.

The prime minister said that the total value of the anti-crisis shield will amount to at least 10 percent of the Polish GDP, the largest Polish support package in history.

The battle will be for not only the economy but also Polish companies and workplaces, said Morawiekci.

In the video, he stressed that many companies have ceased activity and global supply chains have been cut. Now, both financial experts and the leaders of the largest countries warn that the consequences of the economic crisis will be severe.

Hard times are ahead of us, but we must be united and care for our loved ones even more.

The head of the Polish government thanked trade unions, business and entrepreneurs for participating in talks. He promised that the government will do everything to stop the pandemic while also protecting the Polish economy along with its companies and employees.

“Hard times are ahead of us, but we must be united and care for our loved ones even more,” Morawiecki said.

The so-called anti-crisis shield announced on March 18 foresees €1,100 micro-loans for entrepreneurs and an extended program of de minimis guarantees from the Polish National Development Bank for small and medium companies (the level of loan security will increase from 60 to 80 percent).

There will also be support for leasing for companies facing severe financial issues, with €373 million planned for re-financing leasing agreements for Polish transport companies.