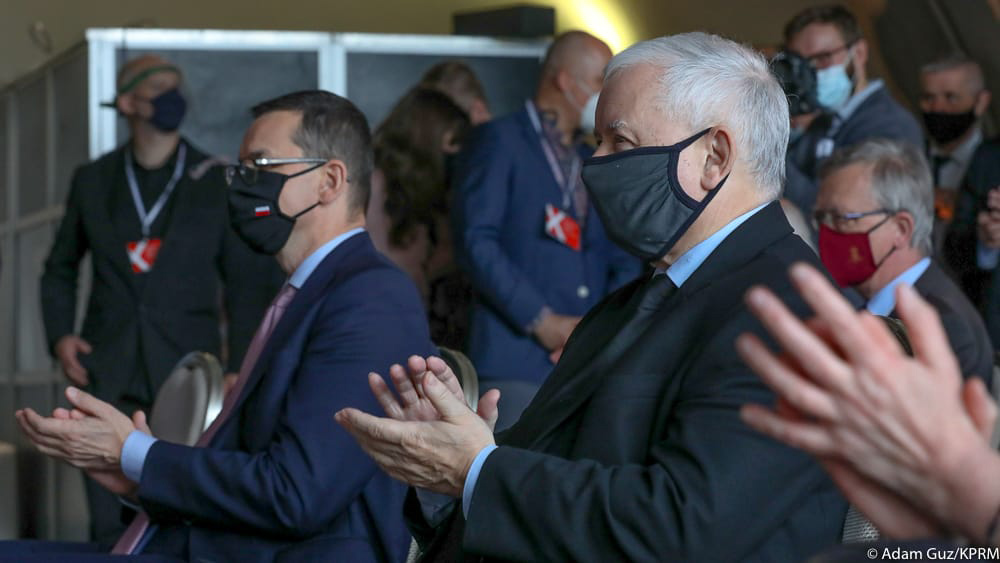 Polish Prime Minister Mateusz Morawiecki called for the foundation of the new capitalist system, which would approach the issue of employment, the environment and the financial system from a new perspective during remarks he made during the “Poland – A Great Project” congress.

During his speech at the congress, Morawiecki emphasized the role the congress played in creating a concept to reconstruct the Polish state. He stated that it was during the previous nine editions of the congress that key elements of building a more united, efficient and strong Poland were initiated.

He added that without the congress, it would be impossible to fix the Polish republic.

The prime minister stressed the current challenges lying ahead for capitalism and the changing world, noting that humanity has found itself at the beginning of a new epoch defined by the pandemic.

Morawiecki said that “one of the main manifestations of this epoch is the absolutely unprecedented drops in GDP”. He stated that in the second quarter of 2020, the United Kingdom’s economy shrunk by over 20 percent and the United States’s by over 30 percent.

Apart from a challenge involving the reconstruction of economies after the crisis, Morawiecki warned about the challenge concerning creating a new capitalist system for Poland and the world.

He added that its foundation should be a new, proper approach to three areas: employment, the natural environment and financial system and currencies.

He urged leaders to reflect on these issues, as it was important to “reassess them not only to rebuild economies after the pandemic in a year or two, but also to conduct a proper restructuring of the economic order in ten or twenty years.”

Morawiecki also underlined that Poland in particular will face changes in production technology during this reconstruction, which will involve limiting the role of humans in that production.

He said that overcoming unemployment in Poland in recent years will now be confronted by the phenomenon of replacing human work with robots and automation.

The prime minister explained that the creation of a new economic order must involve an honest energy and climate transformation which will respect the natural environment.

Referring to the topics discussed at the congress, the prime minister said that the world is facing turbulent changes due to the coronavirus pandemic.

Morawiecki went on to say that Poland’s interest includes “the strengthening of NATO and the transatlantic community in the face of threats behind our eastern border, both near and far-eastern threats, where China’s power is growing. We can’t bury our heads in the sand.”