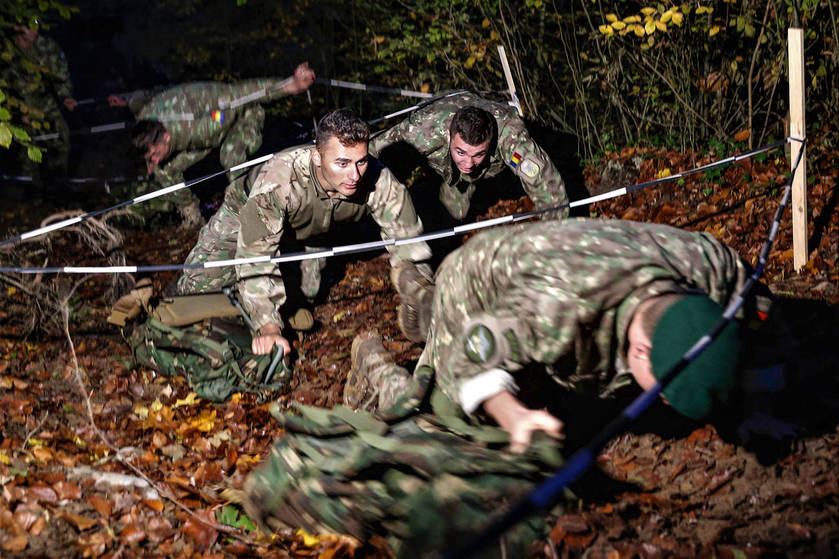 Most civilians wouldn’t even venture out in nature on a November day with temperatures just around 5 degrees Celsius (41 degrees Fahrenheit) but pouring rain only added tot he challenge. Army scouts are expected to complete their missions under any conditions.

The first day of the two-day event was a bit easier on competitors, featuring a cross-country relay race in full equipment followed by target shooting at a shooting range.

The second day put soldiers to the test with a lot crawling in mud and leaves, paddling in inflatable boats, hauling ammunition crates, and finding designated and hidden objectives.

“Afterwards, I had cramps everywhere, even my eyeballs”, one private of the Hungarian Army’s Gergely Bornemissza Scout Regiment told Magyar Nemzet.

Eventually, the contest was won by the Polish team. The event is held in Hungary every year around Nov.11, the day of Saint Martin of Tours, a 4th century bishop born in the Roman province of Pannonia, currently the territory of Hungary. Saint Martin is the patron saint of army scouts.