Poll: Only 46% of Czechs want to be vaccinated, but a fifth remain undecided

About a third of respondents refuse vaccination, but that figure is lower than a previous survey 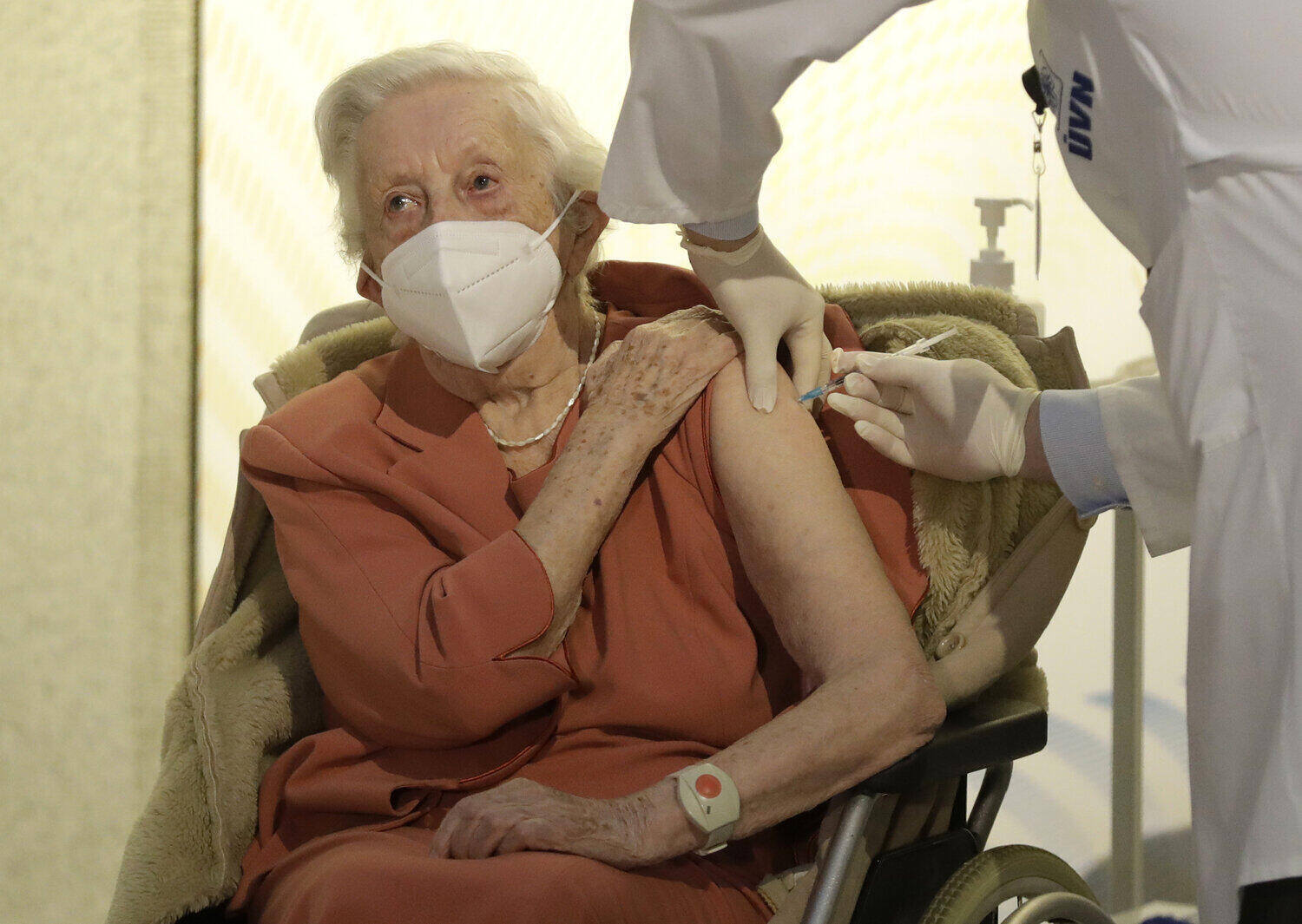 According to a survey conducted by the European National Panels, the willingness of people in the Czech Republic to get the COVID-19 vaccination rose to 46 percent in January. In the previous three months, about a third of people were interested in being vaccinated. Most willing are people above 55 years of age, while people between 25 and 34 are on the opposite side of the spectrum.

Twenty-eight percent of respondents feel now certain that they want to be vaccinated, while another 18 percent are leaning towards vaccination. Between October and December, between 11 and 14 percent of people were unconditionally interested in the vaccine.

At the same time, there are fewer people who do not want to get vaccinated at all, representing a third of respondents. However, in the previous three months, between 43 and 49 percent completely refused vaccination.

People who have not yet decided have remained slightly below one-fifth of the total. About two percent of people cannot be vaccinated, for example, for health reasons.

Of people over the age of 55, up to 62 percent are willing to receive a coronavirus vaccination, while only 30 percent want it in the group aged between 25 and 34.

“The gender imbalance is also an interesting feature: more than half (55 percent) of men would be vaccinated, but only 39 percent of women,” the survey said. People from Prague and Central Bohemia are more willing to be vaccinated.

Of those interested in vaccination, 56 percent would prefer a dose from a general practitioner. This is preferred mainly by older people and more often by inhabitants of villages rather than cities. “This preference may reflect respondents’ confidence in their GP, but potentially also the fear of visiting places where there is a higher risk of contracting COVID-19,” said the authors of the survey.

Eleven percent of respondents said they would prefer their vaccination from a vaccination center 3 percent prefer a hospital. Almost a third of people do not care where they are vaccinated, the survey also showed.

People mostly obtain information on vaccination from news media, followed by public experts and scientists, as well as social media. “The official websites of the Ministry of Health or the websites of other state institutions are only in fourth place,” said the authors of the survey.

They compare the willingness to get vaccinated in individual countries with the use of an index, which is now at 50 points for Czechia and Poland. Slovakia is higher with 52 points, in Hungary it is 44 points and in Bulgaria 34 points.

The results of the survey also show that between last October and January this year, 30 percent of people in the Czech Republic tested for coronavirus. Fourteen percent underwent PCR tests, 12 percent antigen tests, and the remaining 4 percent underwent both types of tests. The most common reason for the test was the symptoms of COVID-19. The infection was detected in 31 percent of those tested.

A survey between Jan. 15 and 18 found out information on a sample of 2,400 people aged 15 and over. It was a continuation of the National Pandemic Alarm project, which has been monitoring the public’s attitudes and moods regarding the coronavirus pandemic in five European countries since last March.