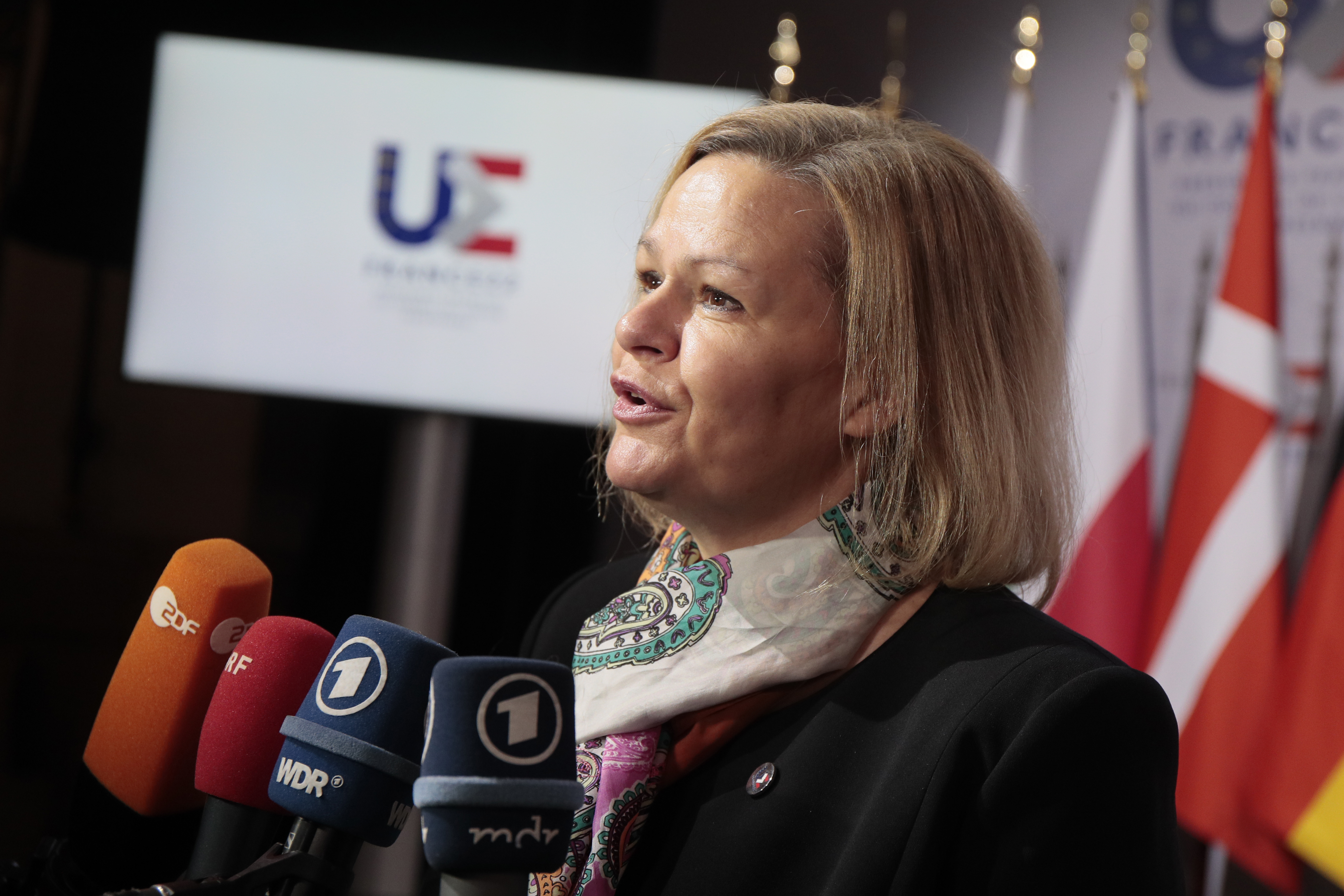 German Federal Minister of the Interior Nancy Faeser (SPD) continues to be under pressure because of her guest article in a left-wing extremist “Antifa” magazine.

After Junge Freiheit made the case public on Wednesday and also asked the Federal Ministry of the Interior for a statement, the Bild newspaper took up the story on the weekend. The CDU interior expert Christoph de Vries spoke of a highly explosive scandal.

“How should the employees of the Office for the Protection of the Constitution, whose job it is to defend the free-democratic basic order, feel when their top employer gets in touch with enemies of the constitution?” de Vries asked.

“A federal interior minister who wrote a guest article for a left-wing extremist newspaper six months ago has completely disqualified herself for her position,” CDU member of the Bundestag, Matthias Hauer, tweeted.

According to Hauer, Faeser should, as a minister, fight enemies of the constitution instead of supporting them.

“I will not overlook the fact that left-wing extremists and other radicals also pose a threat to our democracy and our country. The path of not cooperating with any kind of extremists remains the only correct one,” he added.

Faeser had last year published a guest article in the Union of Persecutees of the Nazi Regime (VVN-BdA) magazine, which has the title of “Antifa.” At that time, she was SPD leader in Hesse.

In its current annual report, the Bavarian Office for the Protection of the Constitution (BfV) lists the VVN-BdA as “the largest left-wing extremist organization in the field of anti-fascism in Germany.” It also affirms that it works “with openly left-wing extremist forces.” The VVN-BdA represents anti-fascism that ultimately even regards parliamentary democracy as fascist and therefore fights it.

Christian Conrad, a lawyer working on press rights issues, pointed that the BfV report on the VVN-BdA and its associations with extremism were published in April 2021. Faeser published her guest article in Antifa magazine, which is run by the VVN-BdA, in July 2021, just months later.

Under the heading, “NSU 2.0 enlightened?” Faeser writes about two threatening letters that she received from the so-called NSU 2.0 and explains that the “fight against fascism and right-wing extremism, against racism and ethnic ideologies” is part of the “political DNA of my party.” One must stand up “against right-wing ideas, threats, and violence,” she demands. And that means “every day and in every place.”

Even after repeated requests from Junge Freiheit, Faeser and the Federal Ministry of the Interior did not comment on her article. And that, although Faeser herself recently said: “Anyone who does not stand firmly on the ground of the Basic Law has no place in the authorities.”

On Thursday, the Union interior expert Stephan Mayer (CSU) blamed the federal interior ministers for carelessness in dealing with left-wing media. The process was, according to him, “highly worthy of criticism and not acceptable.”

“Even if I don’t want to imply that the current interior minister is close to Antifa herself, it was at least extraordinarily instinctive and thoughtless to express herself as an author in the association magazine,” added the CSU member of the Bundestag.

In the meantime, Faeser has spoken out, writing on Twitter:

The allegations made by the “Junge Freiheit,” the AfD and then the BILD newspaper and CDU MPs are transparent. I have always taken a clear stance against right-wing extremism and all enemies of open society – and will continue to do so.”

The almost pathological fixation on “right-wing extremism” — even where there is none — ultimately leads to a threat to security in this country. Especially if you not only trivialize left-wing extremism, but also make deals with it,” wrote Peter Borbe.

Journalist Philip Plickert responded to Faeser by asking her: “And how do you feel about Antifa?”