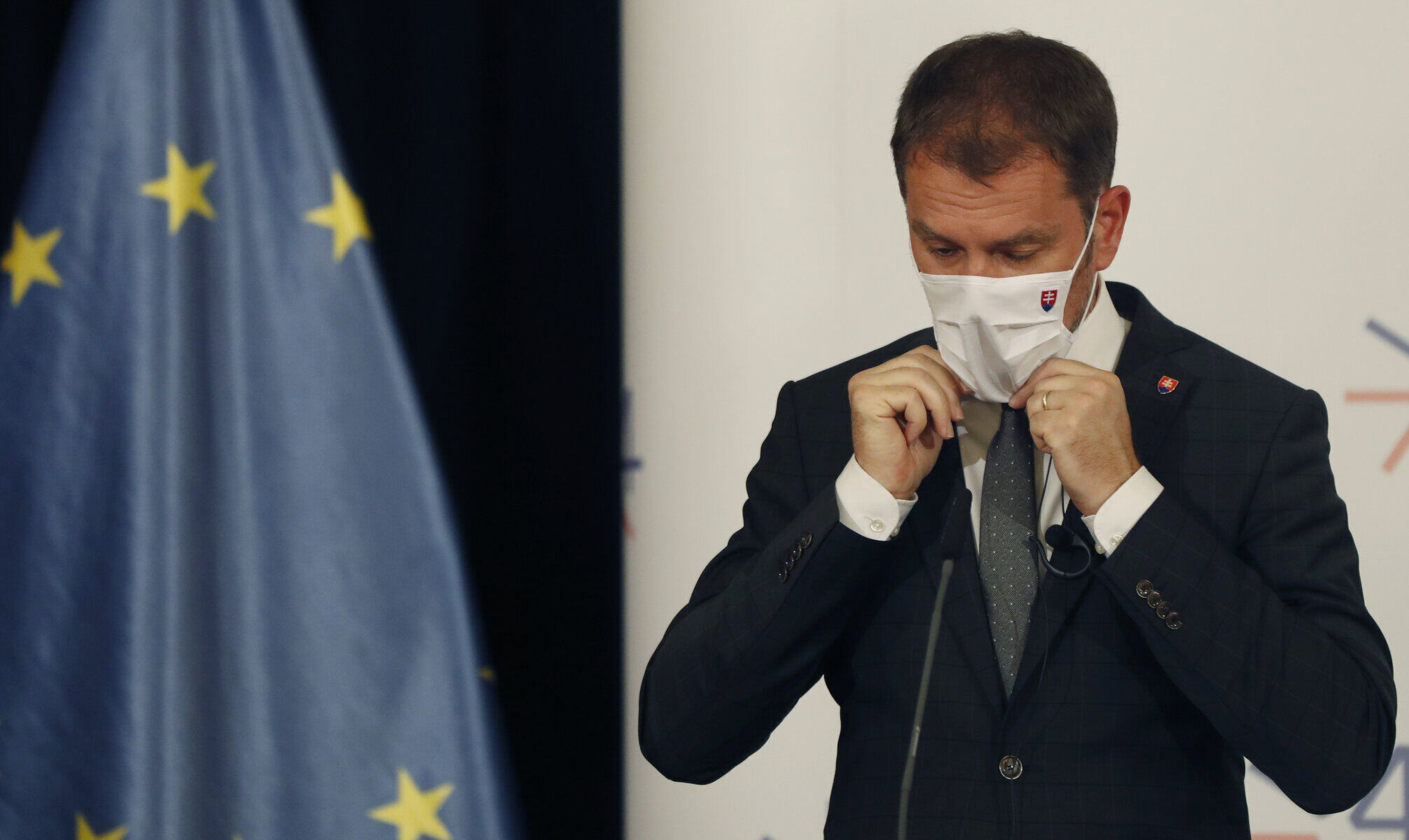 On Sunday, Igor Matovič, of the Ordinary People and Independent Personalities party (OĽaNO) announced that he was resigning as Slovak prime minister. He is expected to be replaced by the current Minister of Finance Eduard Heger (OĽANO), while Matovič would take over Heger’s office.

The government crisis erupted about a month ago when Matovič imported the Russian Sputnik vaccine to Slovakia.

Richar Sulík, the chairman of the coalition party Freedom and Solidarity (SaS), welcomed Matovič’s resignation and stated that he was ready to return to the post of minister of economy, which he left because of the government crisis.

At a meeting of the OĽaNO leadership, Matovič suggested that there be an exchange between him and Heger.

“We can all trust Mr. Heger fully,” Matoviš assured.

According to the resigning prime minister, Matovič would hold the post of minister of finance in the new government.

“Don’t worry, it will be fine,” Matovič concluded.

The speaker of parliament and We are Family party member, Boris Kollár, supported this step, saying, “Seventeen members of our parliamentary club will support Prime Minister Heger.”.

“I welcome this step by Prime Minister Igor Matovič, which will end the crisis in the coalition that inadvertently traumatized the whole of Slovakia. I firmly believe that we will come together and move on together,” added Kollár.

The chairwoman of the For the People party, Veronika Remišová, praised Matovič’s statesmanlike gesture, which she says gives the coalition a chance for a new beginning.

“Unnecessary conflicts in the coalition are detrimental to Slovakia, and during the coronavirus pandemic they are an insult to the citizens, regardless of whether they take place in parliament, government or coalition councils,” Remišová said. “We want mutual communication and cooperation within the coalition to be significantly improved, and today’s decision is a step towards succeeding together.”

Remišová emphasized that after 12 years of governments led by the social-democratic Direction party, the current coalition is the first to have a genuine interest in purging Slovakia of corruption with a large mandate. The current governing coalition of OĽaNO, We are Family, Freedom and Solidarity, and For the People currently has a constitutional majority in parliament.

Heger has thanked those who have voiced their support for his new role as prime minister.

“I appreciate it. I will also ask for support from For the People and Richard Sulík’s Freedom and Solidarity Party for support,“ said Heger. “If I get their support, I will ask the president for a meeting to agree on the way forward.”

The Freedom and Solidarity Party (SaS) has announced that it appreciates Matovič’s move and is returning to the governing coalition.

“We accept Eduard Heger’s offer. We are ready to return to the government and continue working,” said the SaS party in a statement.

“We accept Igor Matovič’s proposal. It is time to lay down our arms and work,” SaS Chairman Richard Sulík said at a press conference. “I want to invite Igor Matovič to lunch or dinner. I’ll cook him something good.”

The chairman of the SaS Party confirmed that he himself is ready to return to the post of minister of economy, Ivan Korčok is returning to the head of Slovak diplomacy and Branislav Gröhling should be the Minister of Education again.