‘This isn’t your world anymore,’ BLM activists shout at elderly Portland woman as they attack her with paint

Protesters poured paint on her while shouting aggressively 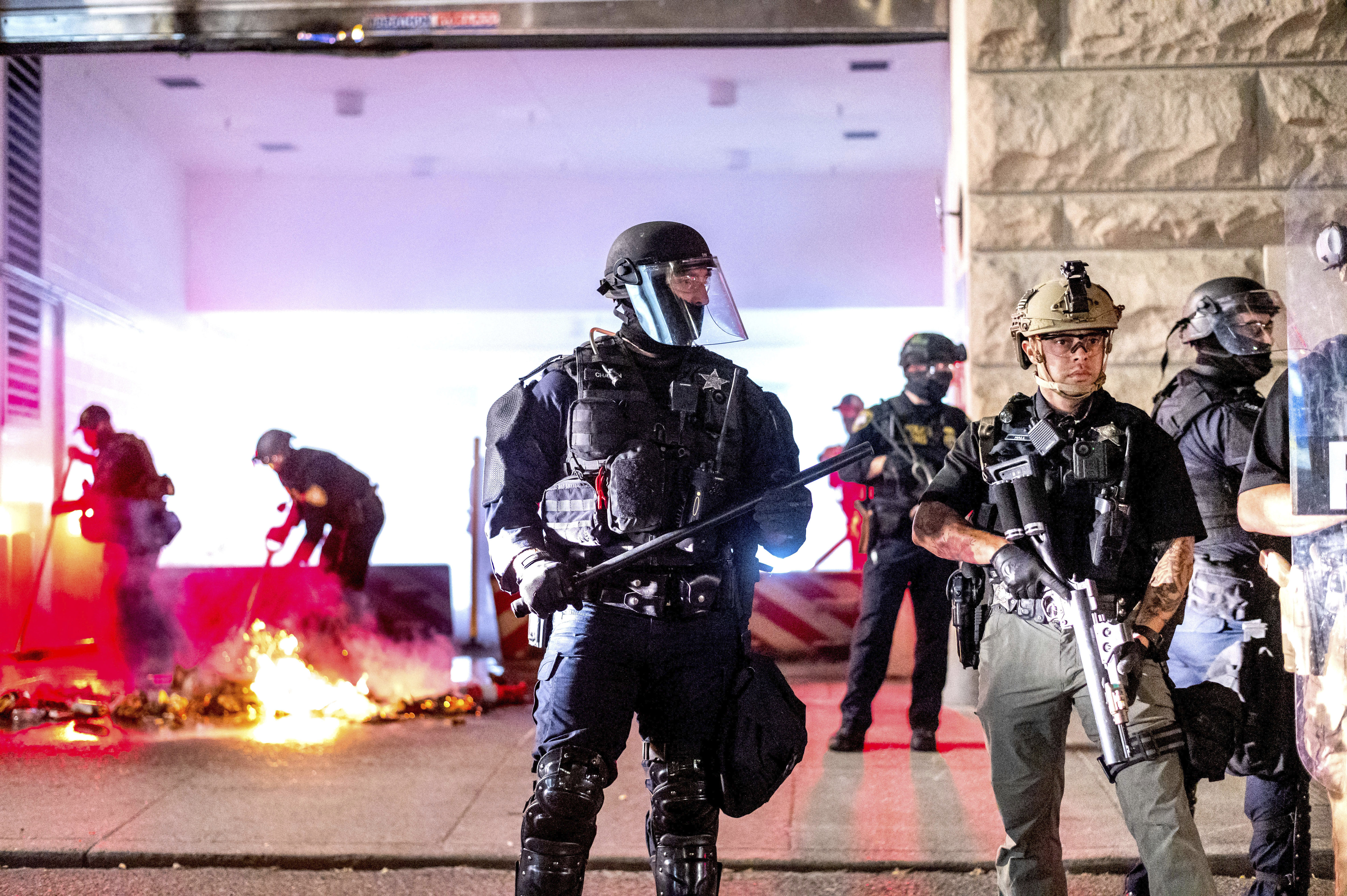 An elderly woman who tried to stop destructive Black Lives Matter protesters in Portland from targeting a building facade in her neighborhood was targeted with a paint attack and verbal abuse on Saturday.

For her speaking out, she earned aggressive verbal attacks from protesters who poured paint on her while shouting at her, “This isn’t your world anymore.”

“Put your mask on, bitch!” someone then shouts at the woman.

A video capturing the incident shows an elderly woman arguing with protesters. According to the media, the woman living in the neighborhood attempted to stop the protesters from destroying one of the buildings.

Woman standing in way of people splashing paint, gets splashed herself pic.twitter.com/MbODxdgxny

Ongoing demonstrations in the United States have often resulted in violence against people and property, with the woman just one of the latest victims of attackers.

The incident was confirmed by the local police on Twitter, with the attack taking place in the eastern district of Portland where protesters and federal forces clashed sharply last month.

“An unknown woman was confronted by a group near the East Precinct,” Portland police said on Twitter, saying the woman was completely stained with paint.

Portland police later stated that one officer was injured after being hit with a large stone on his shoulder.

Another video shared by the Portland Police captures a different woman with a walker trying to extinguish a fire set by a group outside of East Precinct.

An unknown woman attempts to extinguish fire set by group outside of East Precinct. https://t.co/ThNzfCFjMK

Portland has seen continuous protests since rioting broke out following the death of George Floyd in Minneapolis on May 25.

On Wednesday last week, an arson attack on a Portland’s East Precinct prompted Mayor Ted Wheeler to lambast protesters, saying, “You are not demonstrating, you are attempting to commit murder.”

Wheeler, who made the remarks during a press conference with Portland Police Chief Chuck Lovell, had previously defended protests in the city.

Video was released from inside the precinct documenting the moment protesters attempted to burn it down with police officers still inside. The precinct had already been the target of multiple arson attacks.

Overnight on 8–9 Aug, hundreds of antifa descended on the @PortlandPolice union building again in north Portland. They blocked the road, started street fires & tried to burn down the union hall again. Video from inside shows the arson attack #PortlandRiots https://t.co/WAvyCdYjVm pic.twitter.com/mpHi9fQAcr

Portland’s authorities are scrambling to contain nightly attacks occurring despite the federal government withdrawing federal officers from the city to help calm protesters. The protesters claim it is not enough and are demanding the complete abolishment of the police department.