PM Orbán: “If we don’t organize this region between Germany and Russia, then foreigners will.” 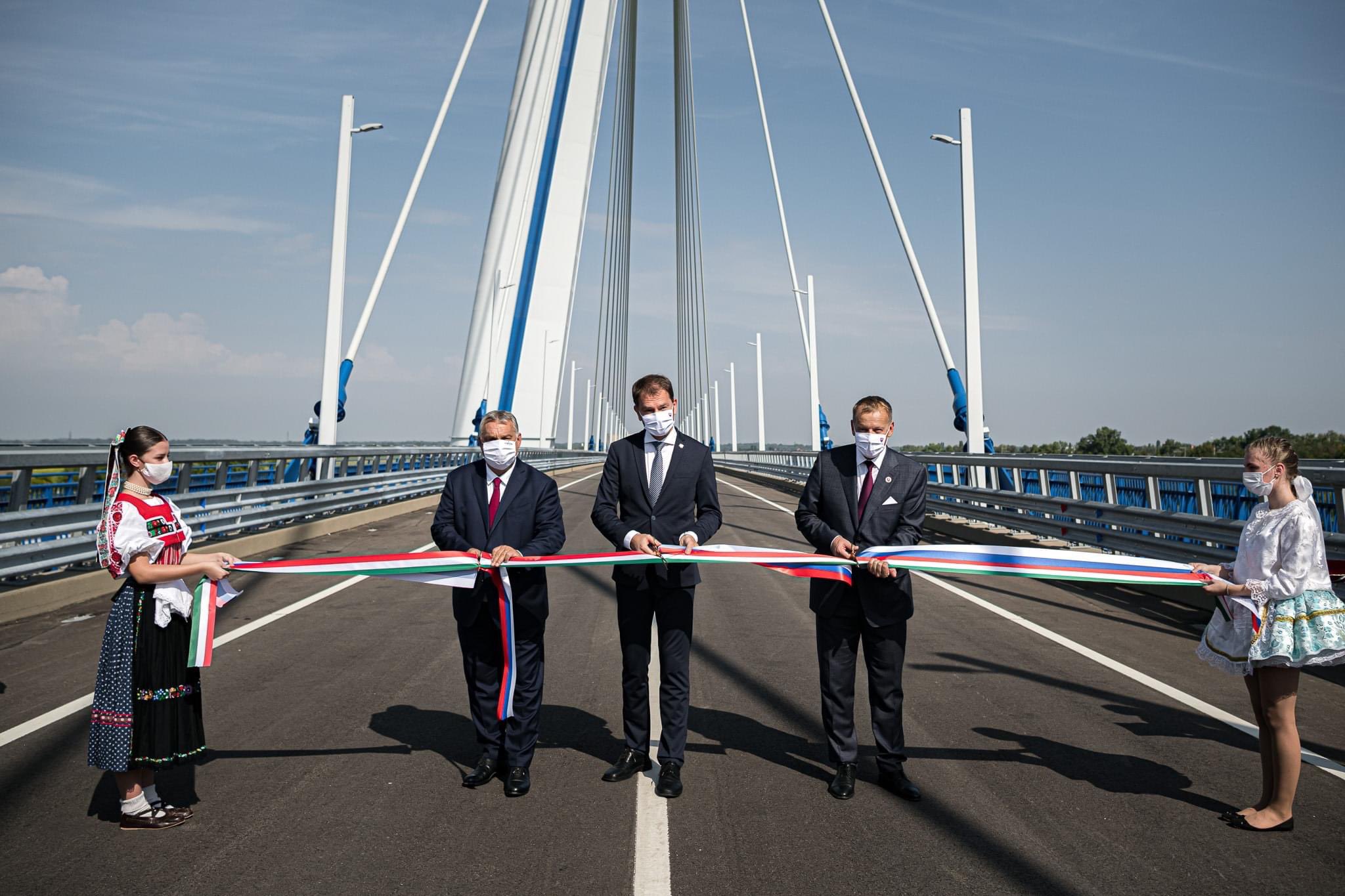 At the inauguration ceremony of a new bridge over the Danube River linking Slovakia and Hungary, Prime Minister Viktor Orbán said, “Today, Europe is being built in Central Europe by the Hungarians, Slovaks, Czechs, and Poles,” while adding a warning that if Central Europeans did not organize the infrastructure of the region, foreigners would do it for them.

“Both countries are beautiful and both lie in an important location,” Orbán continued, “If we don’t organize this region between Germany and Russia, then foreigners will.”

The Hungarian prime minister said the bridge also serves as a symbol of Central European countries being at the forefront of building a new Europe as well as rapidly improving bilateral relations between Hungary and Slovakia.

“This inauguration proves once again that the Danube does not divide, but unites the Hungarian and Slovak nations,” Orbán said at the ceremony jointly held with Slovak Prime Minister Igor Matovič and Slovak Speaker of the House Boris Kollár.

Matovič said that while it might be somewhat ironic to open a road bridge during border closures caused by the coronavirus pandemic, the symbolic meaning is even more powerful.

“Regardless of the fact that there may be further measures related to the pandemic, we are able to demonstrate we can build bridges uniting our nations and will continue to do so in the future,” he said.

This was the second Danube bridge inaugurated by Orbán on the Slovak-Hungarian border, with the first opening in 2001, halfway through his first term as prime minister.

Orbán added that there are two other major regional infrastructural projects awaiting completion, including a continuous motorway from Poland through Slovakia and Hungary to Greece, whose Hungarian stretch is not finished yet. The other is a rail link between the four capitals of the Visegrád countries.

Orbán emphasized that by 2025, another nine Hungarian highways will extend to the country’s borders.

“Hungarians get excited by what’s ahead of us,” the prime minister said.

He also said that Hungarian-Slovak economic ties are at an all-time high: Slovakia is Hungary’s third largest foreign trade partner and the 840 Slovak companies operating in Hungary provide over 4,000 jobs.

Speaking to conservative Hungarian daily Magyar Nemzet, Tamás Matyi, foreign policy analyst of the think-tank 21st Century Institute said that while economic relations have always been good, the Visegrád cooperation was instrumental in improving bilateral relations, which were near freezing point around 2010.

“The turning point was the re-election of Viktor Orbán in 2010, who insisted on building a serious strategic and economic partnership with [then Slovak Prime Minister] Robert Fico,” Matyi said. He also praised Matovič, who made a historic gesture towards Hungary on the 100th anniversary of the Treaty of Trainon.

“On the 100th anniversary of Trianon he did something no Slovak leader has done before in the 30-year history of the country: apologized to Hungarians for past mistakes,” Matyi said, adding that the treatment of the ethnic Hungarian minority in Slovakia was and will remain the pivotal element in the two countries’ relations.