The nurse threw fist-sized rocks at the police officers, but that is not what is being shared on social media 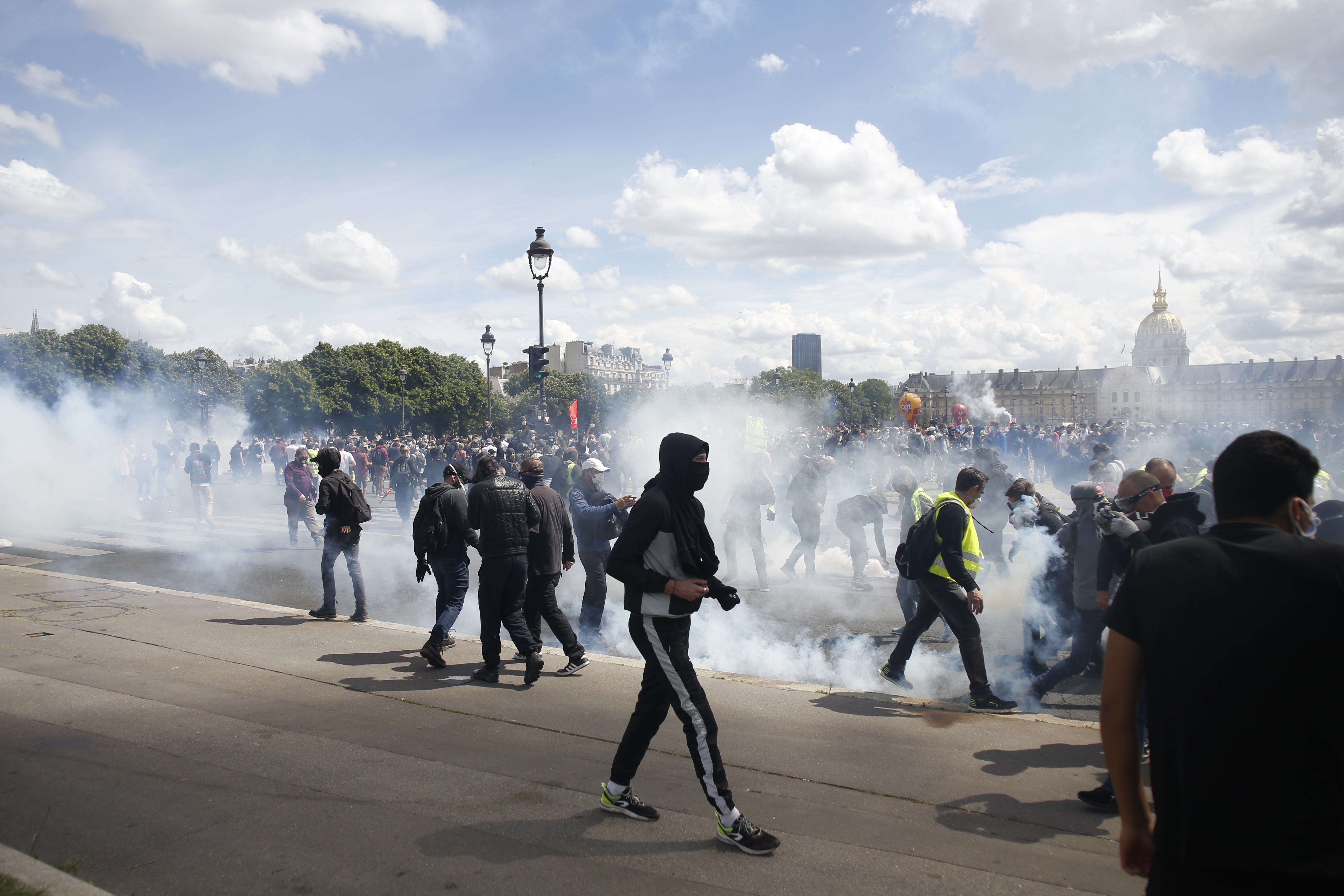 Uproar over the arrest of a French nurse during a violent Paris protest on Tuesday has garnered headlines about police brutality both in France and in the international media, but many outlets are either overlooking or not reporting on video of the nurse launching stone projectiles at the police before her arrest.

The healthcare rally in Paris demanding better hours and more pay began peacefully and saw doctors and nurses demanding the government overhaul the hospital system. The protest descended into rioting once extremists and anarchists began flipping over cars and garbage bins, which forced police to use tear gas to disperse them.

The arrest of a protesting French nurse identified as 52-year-old Farida caused outcry on social media after footage of the nurse being tackled to the ground by French police officers and consequently arrested went viral. In the video, a female police officers shortly drags the 52-year-old nurse by her hair.

The video captures Farida screaming, “I am a nurse!” and pleading officers for her inhaler, as she said she has asthma, but the police led her away from the scene. In protest, people gathered in front of the police station where she was transported to.

As it turned out, the picture painted by social media was considerably one-sided. In another video, the allegedly innocent nurse can be seen throwing fist-sized rocks at police officers, which the viral video omitted to show.

A Twitter user posted the video of her throwing rocks, writing “This nurse hurls cobblestones at police and then yells at the police once arrested. She thought her white coat gave her the right to kill cops?”

The nurse also shows no signs of breathing difficulty while she was attacking police officers.

Global media outlets tried to use the incident to highlight alleged police brutality, with Euronews running the headline, “Debate on police brutality continues as arrested nurse is freed from custody“

Other media outlets like the Daily Mail emphasized that the police “dragged” the 5-foot nurse by her hair. The outlet did not publish the video of the nurse throwing stones at the police.

Police officers can suffer serious injuries from being hit by a projectile, including traumatic head injuries and concussions. Despite her actions, activists have started a “Free Farida” campaign. Taha Bouhafs, an anti-racism activist based in Paris, said Farida was “traumatized” by her arrest and suffered bumps and cuts but no serious injuries.

Farida’s daughter, Imen Mellaz, claimed that “nothing anywhere justifies an arrest like that. Not when someone is in a white coat, not when they are 1.55-meters (5ft), not when they are facing up to robocop,” said Mellaz, who said that Fardia caught coronavirus while working for a nurse — a claim which has not been verified.

During the protest in Paris, 32 arrests were made in connection with the violence.

Title image: Youth walk through tear gas during a hospital workers demonstration Tuesday, June 16, 2020 in Paris. French hospital workers and others are protesting in cities around the country to demand better pay and more investment in France’s public hospital system, which is considered among the world’s best but struggled to handle a flux of virus patients after years of cost cuts. France has seen nearly 30,000 virus deaths. (AP Photo/Thibault Camus)