Zemmour: ‘Islamo-leftism means making Muslims the new revolutionary base to replace the French proletariat. Before, the enemy was the bourgeois, today it is the White man’ 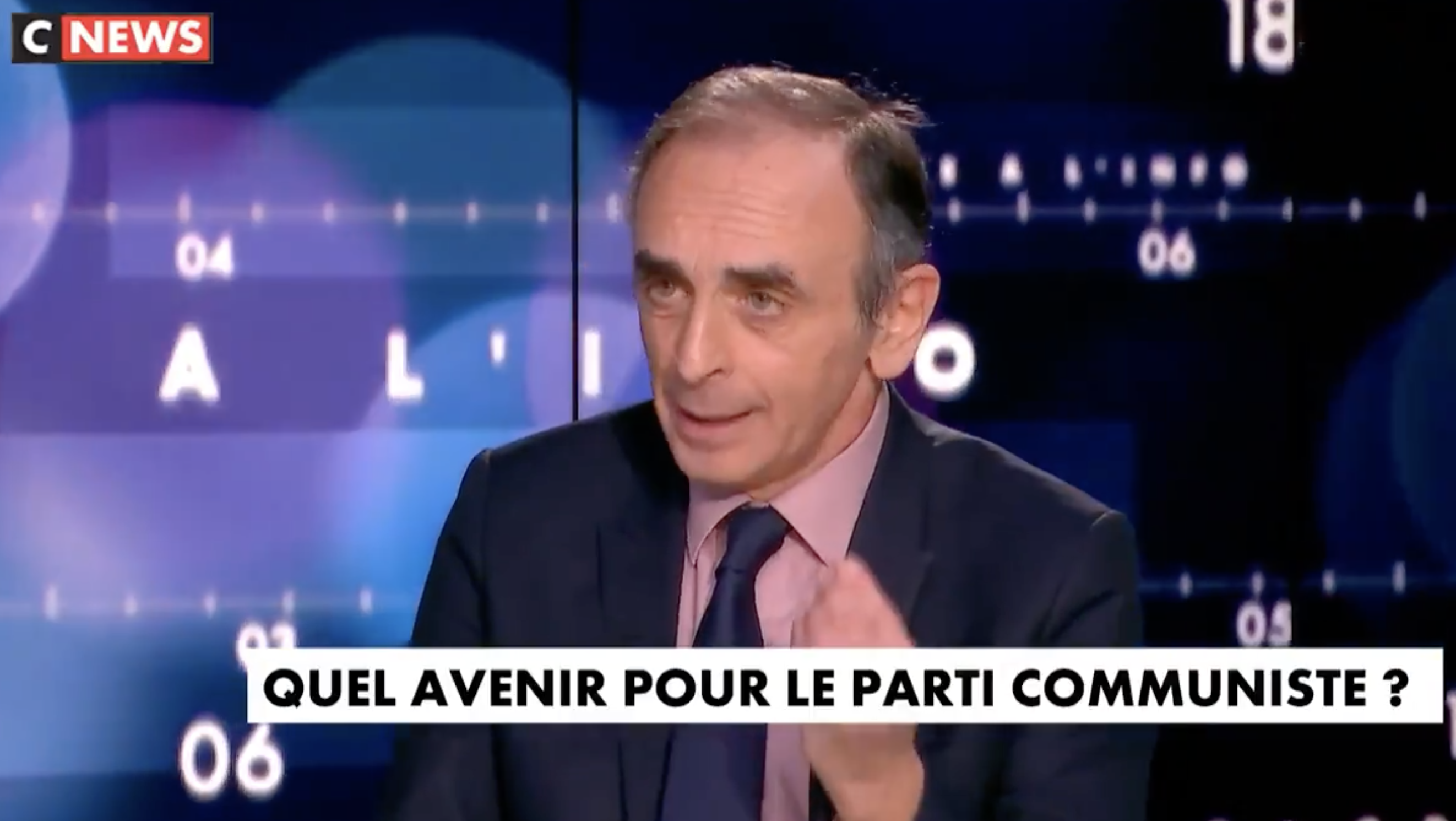 French author, polemicist, and anti-liberal philosopher Eric Zemmour has drawn a parallel between “Islamo-leftists” and communists, asserting that the former have substituted their arch nemesis, the bourgeois, with White people – whom they would like to see replaced by the “Muslim proletariat”.

Zemmour, one of the preeminent thinkers on the French right, contends that the new political alliance formed between Islamists and leftists, called Islamo-leftism in France, is nothing less than the communist movement of the 21st century, the political magazine Valeurs Actuelles reports.

French philosopher Pascal Bruckner has described Islamo-leftism as “the fusion between the atheist Far-Left and religious radicalism”. For Bruckner, many on the far-left aim to use Islamism as a “battering ram” to take down capitalism and cancel individual rights. On the other hand, Bruckner asserts that Islamists — purely as a tactical means to carry out their true goal of instituting an Islamist totalitarian theocratic government — pretend like they’ve joined the ranks of the left in its opposition to capitalism and racism.

During an interview segment on television program Face à l’Info, Zemmour, among other things, explained and defended the use of the term “Islamo-leftism”, describing it as “the conviction that Muslims, the Muslim proletariat, will replace the traditional workers’ proletariat, the French, of yesteryear and that will be the new revolutionary base”.

“These Islamo-leftist movements have taken up the methods of the communists,” he continued. “Islamo-leftism means making Muslims the new revolutionary base to replace the French proletariat. Before, the enemy was the bourgeois, today it is the White man.”

The next step, he said, is to “identify the enemy: the bourgeois yesterday, today the White man” and lastly, “demand of this enemy, of class yesterday, of race today, that he submit and acknowledge his guilt”

“Today, we ask White men to put one knee to the ground for the crimes of their ancestors, which are eternal, inexpiable, exactly as the bourgeois or traitors to the communist cause were made to do in order to atone for their crime,” Zemmour said.

Recently in France, the term Islamo-leftism is not exclusively used by right-wing figures like Marine Le Pen and Eric Zemmour, but also by liberals and globalists like philosopher Bernard Henri-Levy, and prominent ministers in President Emmanuel Macron’s government.

Earlier this year, in mid-February, French Minister of Higher Education Frederique Vidal warned about the spread of Islamo-leftism in the country’s academic institutions, saying: “I think that Islamo-leftism is eating away at our society as a whole, and universities are not immune and are part of our society.”

During a television segment on CNews, Vidal announced that she would be ordering the Nation Center for Scientific Research (CNRS) to open an investigation into Islamo-leftism so as to “distinguish academic research from activism and opinion”.

For her comments, the French minister was lambasted by the French as well as the left-wing press. Days later, Bernard Henri-Levy penned an editorial in the French weekly political magazine Le Point, where he defended Vidal’s statements, warning that the ideology which unites the far-left and Islamist extremism is replacing the anti-totalitarian and progressive tendencies normally associated with the left, with ideas that are backward, anti-feminist, and obscurantist.