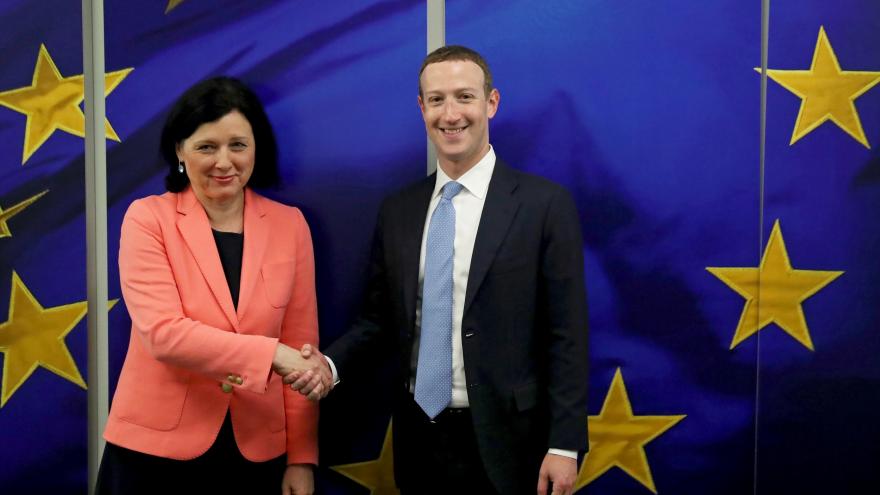 Jourová, who has been active pursuing Hungary and Poland during Article 7 hearings that question the rule of law in those countries, said that Facebook must decide whether it wants to be “a force of good or bad”.

With the new rules, Vestager says he wants, among other things, to protect privacy and to avoid discrimination in connection with the development of artificial intelligence.

At the weekend security conference in Munich, the founder of Facebook admitted that rules set by governments could benefit Big Tech in the long term.

However, there is worry that tech giants, which are already censoring conservatives, may be empowered by new regulations to silence critics of liberalism and open borders.

For example, MP Beatrix von Storch from the Alterntiv für Deutschland (AfD), an anti-immigration party in Germany, had her Twitter account suspended for harsh comments critical of Islam. More recently, British conservative activist Katie Hopkins had her Twitter account suspended for violating so-called “anti-hate policies”. Hopkins had been a favorite of Donald Trump, who retweeted her a number of times. She has also been highly critical of immigration to Great Britain and radical Islam.

Given Jourová’s pro-migration sentiment, close relationship with George Soros, and calls for Hungarians to resist Hungarian Prime Minister Viktor Orbán, there is concern that Zuckerberg is meeting EU representatives who may be looking to steer the conversation on Facebook towards their own agenda.

The question then arises who dictates what is harmful speech, what constitutes “disinformation”, and what are the boundaries of freedom of expression in Europe?

For now, the Facebook CEO appears to be open to more regulation.

“I believe good regulation may hurt Facebook’s business in the near term but it will be better for everyone, including us, over the long term,” Zuckerberg wrote for the Financial Times before the meeting.

Jourová says she intends to fight “disinformation this year as part of the new EU executive action plan, a topic she says she discussed with Zuckerberg.

“We agreed on the need for greater data and algorithms transparency that should make the company more resilient to online manipulation,” Jourová said after the meeting.

At the weekend security conference in Munich, Zuckerberg said that his company deletes more than a million fake profiles every day and recently revealed over 50 coordinated disinformation campaigns, for example, from Russia, Ukraine or Iran.

Jourová said Monday that although Facebook was coming around to the European approach on regulations, it would be unfair for the company to rely solely on regulation by the authorities.

“Facebook cannot push away all the responsibility,” because regulations will never solve every problem, Jourová said. “It will not be up to governments or regulators to ensure that Facebook wants to be a force of good or bad.”