Law and Justice (PiS) has changed the local election into a plebiscite: for or against the “Good Change”. Piotr Zaremba warns that if PiS does not win enough local governments (“Sejmiks”), the opposition will crown themselves the winners. 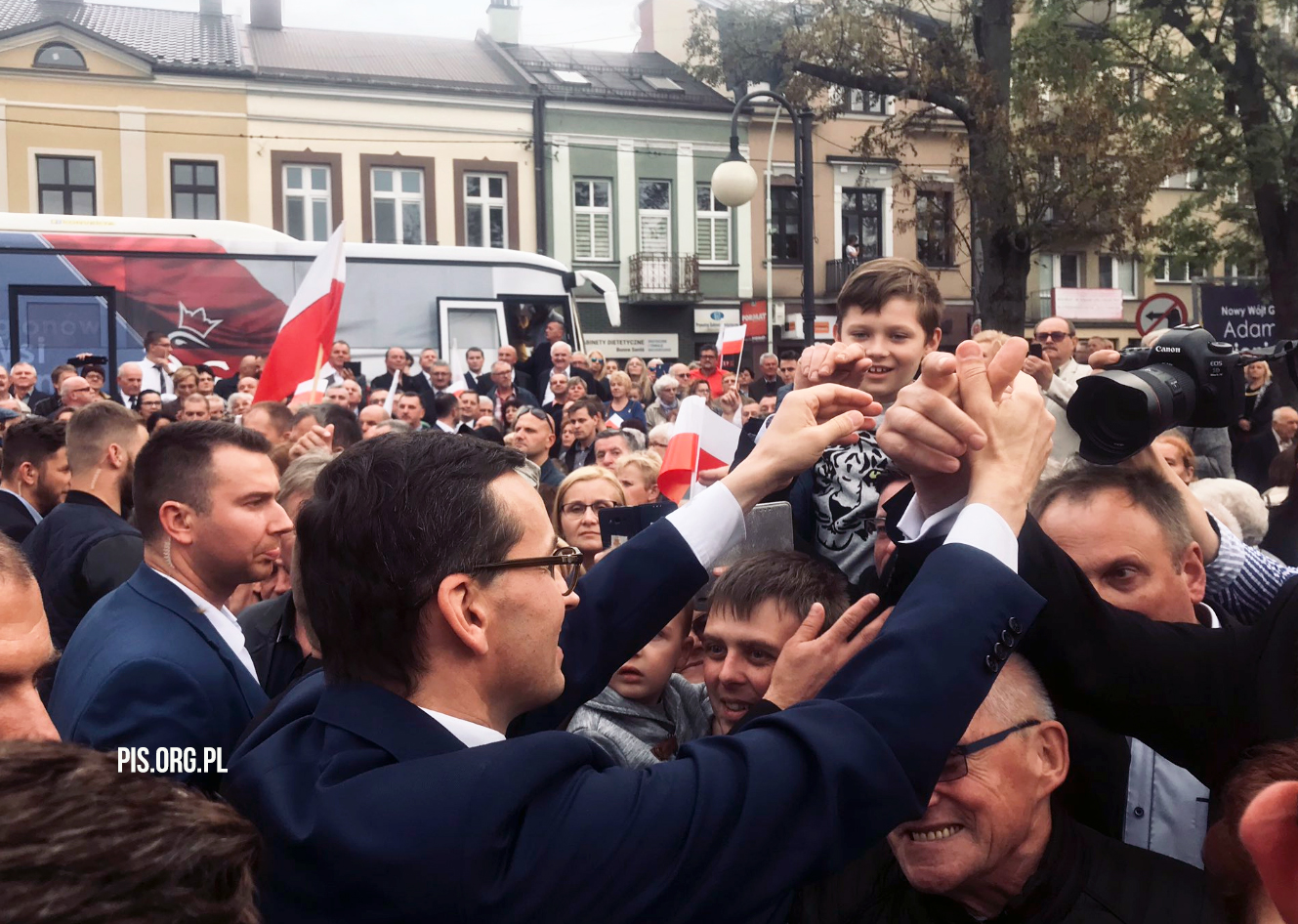 This is the first time that party leaders have been so engaged in a local election campaign, which has become “centralized”. The tiring journeys of Mateusz Morawiecki have turned this campaign into a test of his position.

Why does PiS need such a dress rehearsal before the next two campaigns (the parliamentary and presidential elections)? Does it leaders believe that their accomplishments on a state level are enough to guarantee the support of self-governments which have always been difficult for them to obtain? Do they really believe that the PM presenting himself as a determined technocrat will succeed in large towns which have till now rejected the Right?

PiS debated its social benefit programs, fighting the VAT mafia and protecting the national treasury. Civic Platform (PO), on the other hand, continuously returned to the topic of defending the rule of law and Poland’s isolation in Europe. PO’s program of giving even more autonomy to self-governments doesn’t seem too well thought out either.

No one really bothered debating the self-governing model

No one really bothered debating the self-governing model. Morawiecki even went so far as to try to blackmail local governments: to choose our people, because only they will be able to cooperate with the central government.

Although PO’s government had threatened local governments in the past, they never publically announced it. More so during a campaign.

What about the candidates, however? PiS has put forward younger candidates in its most important battles in large cities. They fought using slogans opposing many local arrangements. People such as PiS’ candidate for Mayor of Warsaw, Patryk Jaki, have valiantly fought on hostile ground.

Meanwhile PO has also sometimes reached for new faces. The main issue is that their current administrations have often been accused and criticized of working in the interests of lobbyist groups. This is especially true for PO’s candidate for Mayor of Warsaw, Rafał Trzaskowski over whose head hangs the shadow of the “criminal group in the city hall”.