A key French minister has long been pushing for the EU to punish Poland for laws designed to protect traditional family values, writes Oliver Bault for Remix News 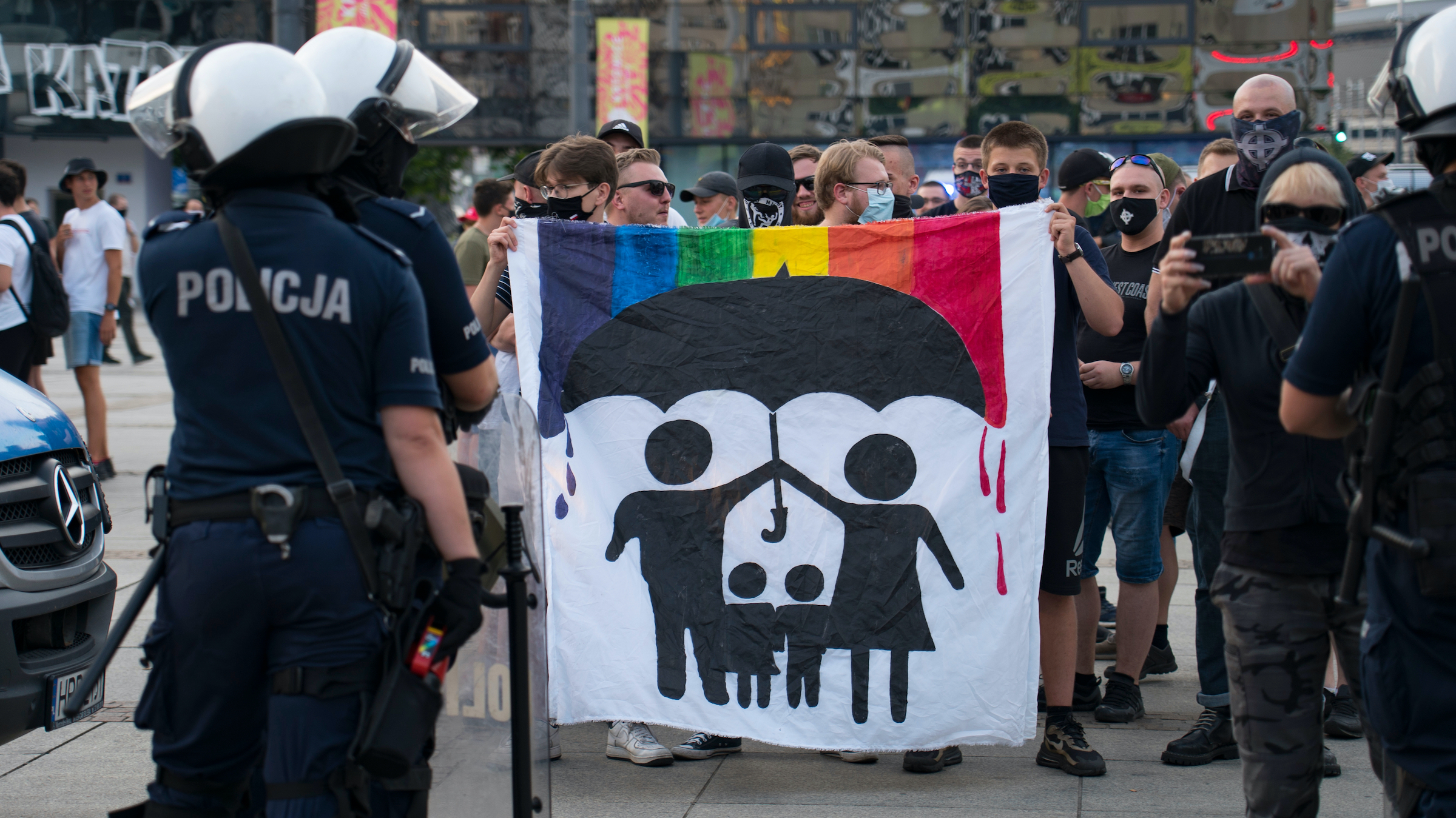 If some people still believe that the new mechanism making the payment of EU funds conditional on the rule of law will only serve to protect the EU’s financial interests, Frenchman Clément Beaune is here to disabuse them of this notion.

Beaune is the voice of the French government in European politics, serving as the secretary of state for European Affairs in France’s foreign affairs ministry. He is also said to be close to Emmanuel Macron, and he was his special adviser on European issues before joining the Castex government in July 2020.

During Beaune’s June 8-9 visit to Poland, he decided to make the issue of LGBT rights central to his visit, protesting the existence of what he now calls “LGBT ideology-free zones”, also referred to as “LGBT-free zones”, thus relaying a notorious news story based on misinformation that he himself had done much to create in France. After his return from Poland, he repeatedly explained in the French media that the EU’s new rule-of-law mechanism should be used to financially sanction Poland on an issue that effectively did not exist.

These Polish municipalities and regions wrongly described in the media and by Beaune himself as being “LGBT ideology-free zones” or “LGBT-free zones” are governed by local authorities who have signed a special declaration. It can be either a Local Government Charter of the Rights of the Family — in which there is no mention of LGBT people or LGBT matters whatsoever — or declarations by which some Polish local authorities declare that they will not impose the ideology promoted by the LGBT lobby on their citizens within the scope of their competences (e.g. in the schools they run), and promise to adhere to the principles of the Polish constitution, without any discrimination and respecting the freedom of parents to choose the kind of education they want for their children.

To learn more about the reality of what Beaune erroneously calls “LGBT ideology-free zones” (as these are by no means territories where it would be forbidden to profess the postulates of the LGBT lobby, as long as it is done in compliance with the law), see on the European Center for Law and Justice website this article about the blackmail exercised by the European Commission against some of the local authorities concerned.

The Polish declarations are not legally binding, were adopted by local authorities on the territory of a sovereign foreign state, and validated several times by courts of that state as not discriminating against any minority. Nevertheless, Frenchman Clément Beaune insists that the European Commission, with the support — or so he hopes — of a majority of his counterparts in the EU Council, should already sanction Poland by means of the brand-new rule-of-law mechanism. This is all the more surprising that the European Court of Justice has not even yet had the time to rule on the legality of this mechanism which is being challenged by Poland and Hungary, and also that the European Council had promised it would in any case not be used for ideological purposes.

Regardless of these considerations, on March 11, the day after his return from Poland, Beaune declared in an interview on public radio France Inter, referring to the country he had just visited:

“I want engaged diplomacy. That means that we should speak the truth and put the pressure on. Here is a very concrete example: today the European Parliament will vote on a resolution that declares the European Union a ‘freedom zone’ for LGBT rights. For the activists on the ground, these words count and this support counts, because they are fighting in the name of European values and rights. And then there are very concrete means: at the end of the year we adopted a mechanism that makes the payment of European money conditional on respect for the rule of law. ”

On the same day, the gay magazine Têtu published an interview with the French secretary of state. It bore the title: “‘LGBT-free zones’: Clément Beaune calls for the use of the infringement procedure against Poland”. In that interview, the secretary of state for European Affairs once again called for Poland to be sanctioned by means of the “rule-of-law” mechanism.

Têtu is the magazine where Beaune came out as gay last December, informing the public about his own sexuality. Knowing all French media would make it their number one news of the day, he could not miss such an opportunity to castigate Poland by saying: “I come from a family in which people were deported as Jews only two generations ago. It echoes in my mind. I wouldn’t want people to say that I’m fighting against ‘LGBT-free’ zones because I’m gay. (…) However, as secretary of state for European Affairs, I have an additional responsibility. I have to fight to spread tolerance.”

At the time, he declared his intention to go to an “LGBT-free zone” in Poland, as he called it, but then on the first day of his March visit to Poland he informed his countrymen in L’Obs that the Polish government had refused him such a possibility. The Polish Ministry of Foreign Affairs denied this was the case, and the matter almost caused a diplomatic incident. Beaune then backtracked on his assertion that authorities banned him from visiting a “LGBT-ideology free zone”, speaking only of “pressure” that had allegedly been exerted on him by the Polish government.

But Beaune went on the offensive again on the program “Nous, les Européens” (We, Europeans) broadcast on March 14 on the public television channel France 3 on a segment entitled “Poland: fighting for one’s rights”.

He was asked the question, “What about the EU in this fight for universal rights? Do you feel that it is up to the task?”

He responded that it was “not enough yet, but I think things have changed a lot. The European Parliament has passed by a very large majority a resolution that may be only symbolic but which declares the European Union a freedom zone for LGBT rights. The EU has been very active in the fight for women’s rights in Poland. This is a subject that we are talking about today, while we weren’t talking about it a year ago. I believe that we have contributed, in the media, in the political struggle, in the associative struggle, to bringing this to light. And then we must go beyond words, there are actions that have begun to be taken, such as the fact that European funds will henceforth be conditional on respect for a certain number of elements of the rule of law. I think we need to broaden the conditions and go further.”

Speaking of “women’s rights”, Beaune was referring to the “right to abortion”, which does not exist in European and international law. However, since in his mind Poland is violating this non-existent European right with its strict abortion law, he wants the EU to withhold payments of European funds to that country. He is thus demonstrating a deep lack of understanding of what the rule of law is.

There is strong evidence that targeting Poland over LGBT issues has long been on his agenda. On July 29, 2020, three days after his appointment to the Castex government, he had already declared on France Inter about Poland: “There are, for those who don’t know yet, areas in Poland, sometimes declared by municipalities, called ‘LGBT-free’, i.e. shops and city center districts where it is said that people, because of their sexual orientation, are not welcome.”

After formulating what was clearly a lie about Poland, the newly appointed secretary of state for European Affairs in the Castex government continued: “This is obviously scandalous, frightening, and it is within the EU that this is happening…  I am not content to denounce it: we must have sanction mechanisms… That is why it is important to fight for the rule of law so that today a country that does not respect the basic values of media independence and respect for people’s rights is financially sanctioned if necessary. We do not have this tool yet, but we have launched it with this budget and I hope we will have it within the next few months.”