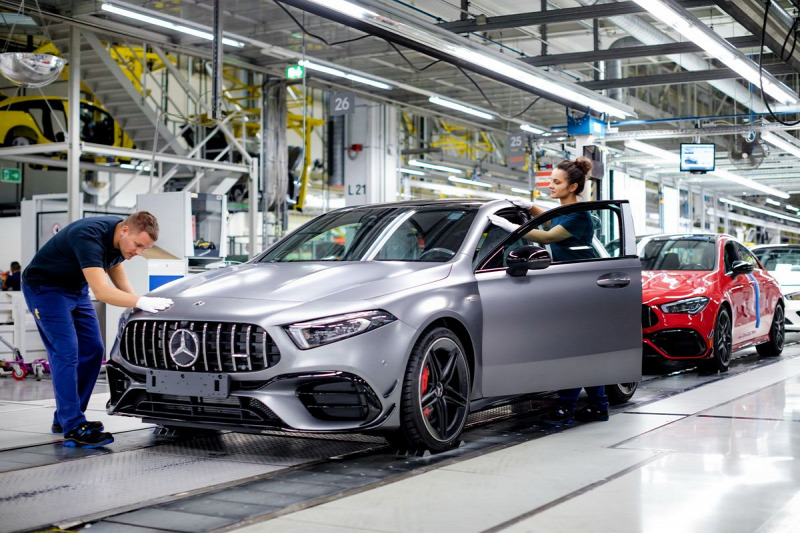 Here is the latest and perhaps the best stamp of approval for Hungary’s economic policy: the Hungarian economy has never been evaluated as favorably by the leaders of German companies as it is now. Yet, we are still recovering from a 5 percent decline last year, and life, along with the economy, is only just beginning to return to normal. Still, economic relations between Germany and Hungary are extremely intensive and show dynamic development even after the economic shock of the coronavirus pandemic.

As for the big headline numbers, Germany has traditionally been a leader in Hungary’s export markets with a share of around 30 percent. Moreover, if we consider each province as an independent country, Bavaria and Baden-Württemberg are in themselves the most important markets for export products produced in Hungary.

There are a very few not familiar with the saying: “If Germany sneezes, Hungary will catch a cold.”

Nowadays, the close relationship between the German and Hungarian economies is customary. The statement is backed by facts. Namely, we have been able to reach a new record every year since 2016 in terms of the volume of trade in Hungarian-German economic and trade relations. The value of our exports to Germany stands at about €30 billion.

German-Hungarian economic and trade relations are important not only for us, but also for Germany. If we take the Central European region, trade with the Germans has already reached the German-French level, and overall there is more German capital in this region than in China. And if we look at the trade with individual countries, our country has reached the level of Sweden.

In any case, according to this year’s economic report of the German-Hungarian Chamber of Industry and Commerce (DUIHK), German business leaders operating in Hungary would again choose Hungary as an investment destination more than ever before, most of them would expand their domestic activities, and the mood index has greatly improved.

More about the specifics: 88 percent (!) of company executives would still implement their investment in Hungary in the same way as before. In addition, in terms of Hungary’s economic performance and the rate of growth this year, the leaders of German companies agree with the Hungarian government. While German-Hungarian political relations could be, to put it mildly, better, there is no shadow over economic relations.

Furthermore: it may come as a surprise, but the perception of the Hungarian administration among German managers has improved, there are now more people who are satisfied with this area.

What can the future bring? The developments of the large German car manufacturers — Audi, Mercedes and BMW — are still gigantic compared to the size of the Hungarian economy, but more and more German small and medium-sized entrepreneurs are relocating, usually as second-tier suppliers of multinationals.

The future may expand in the sense that many companies may relocate their production activities from Asia to Europe, and it is a novelty that almost half of them have targeted our region and Western Europe.

That is, German capital is looking for its place and is looking at the Central European region with the same confidence as the world beyond Austria. The leap is even more impressive if we consider that in 1989, with the exception of a few joint ventures, German investments were scarce in Hungary.