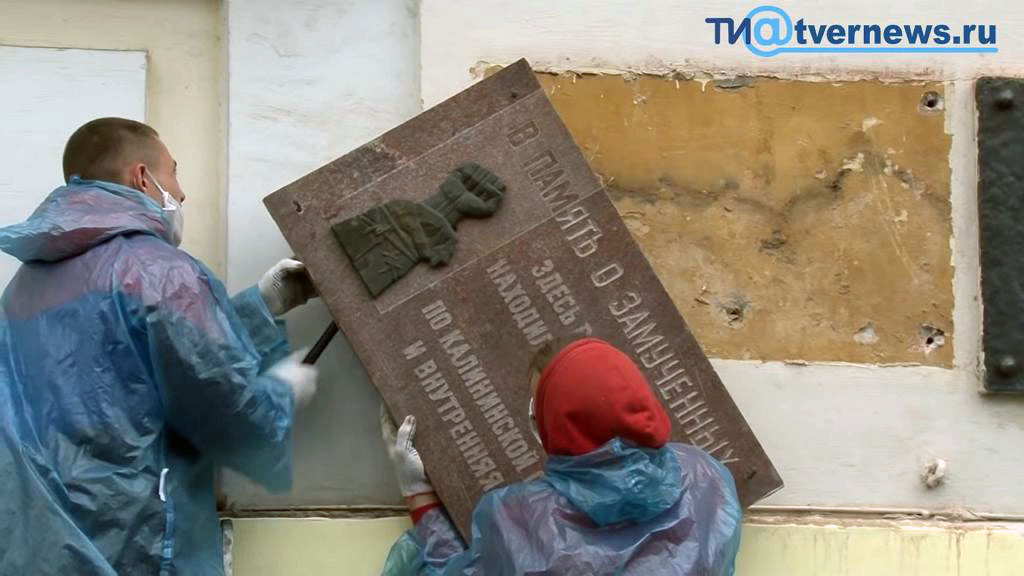 The Polish Institute of National Remembrance (IPN) on Friday protested the removal of plaques near Moscow commemorating the 1940 Katyń Massacre of 20,000 Polish officers by the Russian NKVD.

The move by Russia comes as no surprise.

The IPN accused Russian authorities of erasing history by removing the plaque which hung in the building of the former Soviet NKVD headquarters in Tver, located near Moscow. The Polish organization pointed out that dismantling the plaques dedicated to Polish victims from 1940 is an action that aligns well with the traditions of Soviet totalitarianism.

“Shame” is a strong word, as in Polish history, its use has a very emotional connotation. It is a word use only for special cases, and this is one of those cases.

“Shame!” shouted minister Jan Józef Kasprzyk in reaction to this scandalous act, using the correct and appropriate traditional use of the word in the Polish language. All Polish institutions which should be outraged, including ministries and the IPN, were.

It is not a mystery as to why these plaques were dismantled. After all, Poland reminds the world of the truth of what “the end of the war” was for Poles. As the oblivious and poorly informed celebrate the “victory” of the Soviets over the Nazis, they forget that the Soviets never left Europe.

The suffering of the German occupation had ended for Poles and many others but Soviet enslavement had just begun.

Poles being outspoken about this fact has driven Russia’s Putin mad with rage.