The responsibility to resolve the current pro-abortion protests and stop the spread of the pandemic lies not only with the government but also ourselves, writes Solidarność Weekly Editor-in-Chief Michał Ossowski 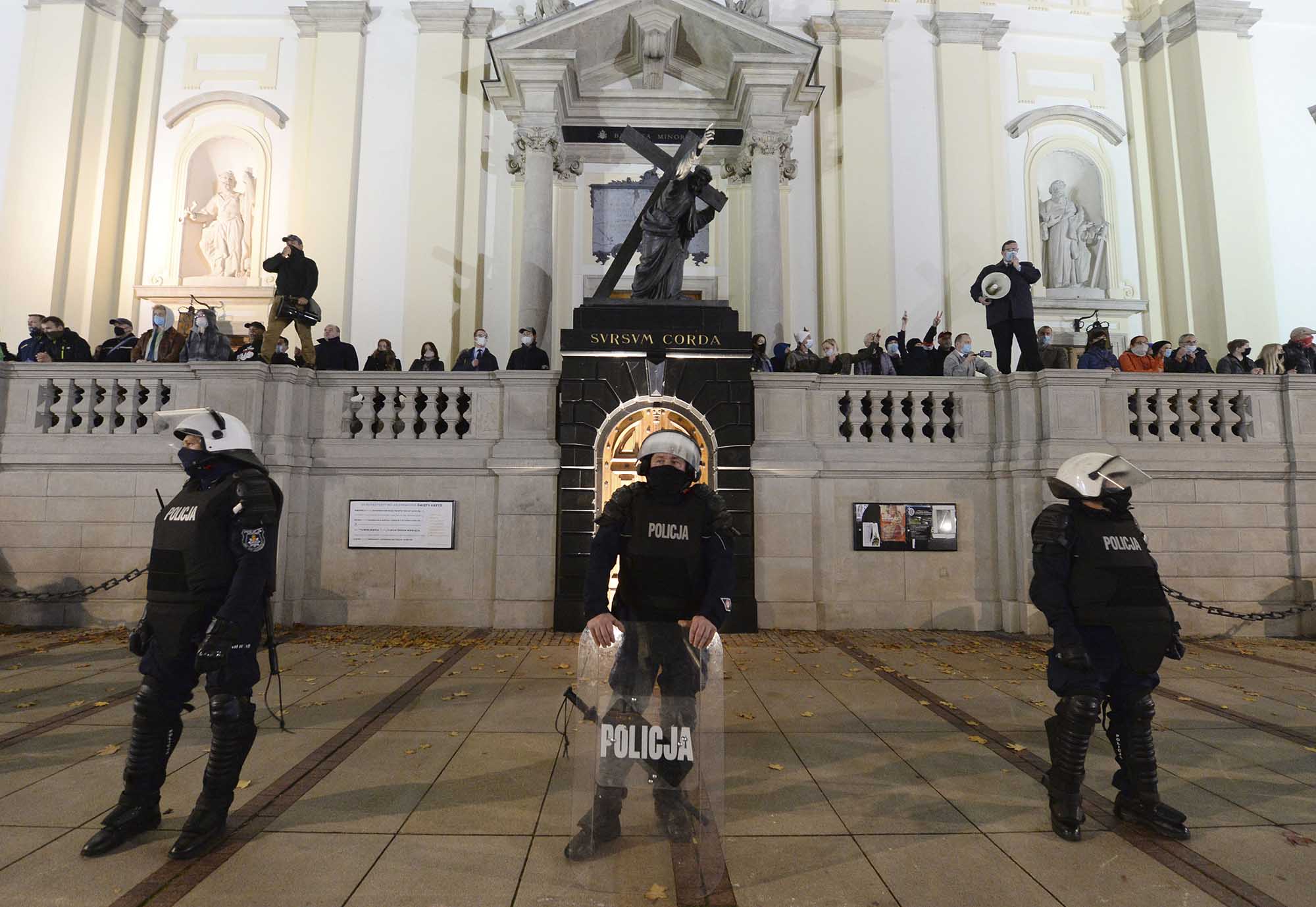 Violating the holiness of a mass and disrupting people in the midst of prayer cannot be explained by any kind of fight for the rights of women. Profaning the death of anti-communist heroes, vandalizing the statues of John Paul II, and trashing the soldiers of Poland’s independence underground? These are not even acts of vandalism, but just wickedness.

“Everyone has a right to go out into the streets and shout out their demands. We, unionists, did that many times, but every freedom has its boundaries,” Piotr Duda, the current head of Solidarity trade union, wrote in his statement.

The boundary of this freedom is the freedom of another person and their right to their own beliefs, freedom of expressing their faith and respect for symbols important to them.

In the last few days, we have observed events which have broken this boundary decisively after pro-abortion protests unfolded following the Polish Constitutional Court’s ruling that eugenic abortion was unconstitutional.

Parents and schools have encouraged children and teenagers to participate in the protests in the name of women’s rights at a time when the Polish health care system is reaching its limit due to the pandemic. With their actions, they are putting people’s lives at risk.