The EU did not order more vaccines because of Eastern Europeans and France, German media claim 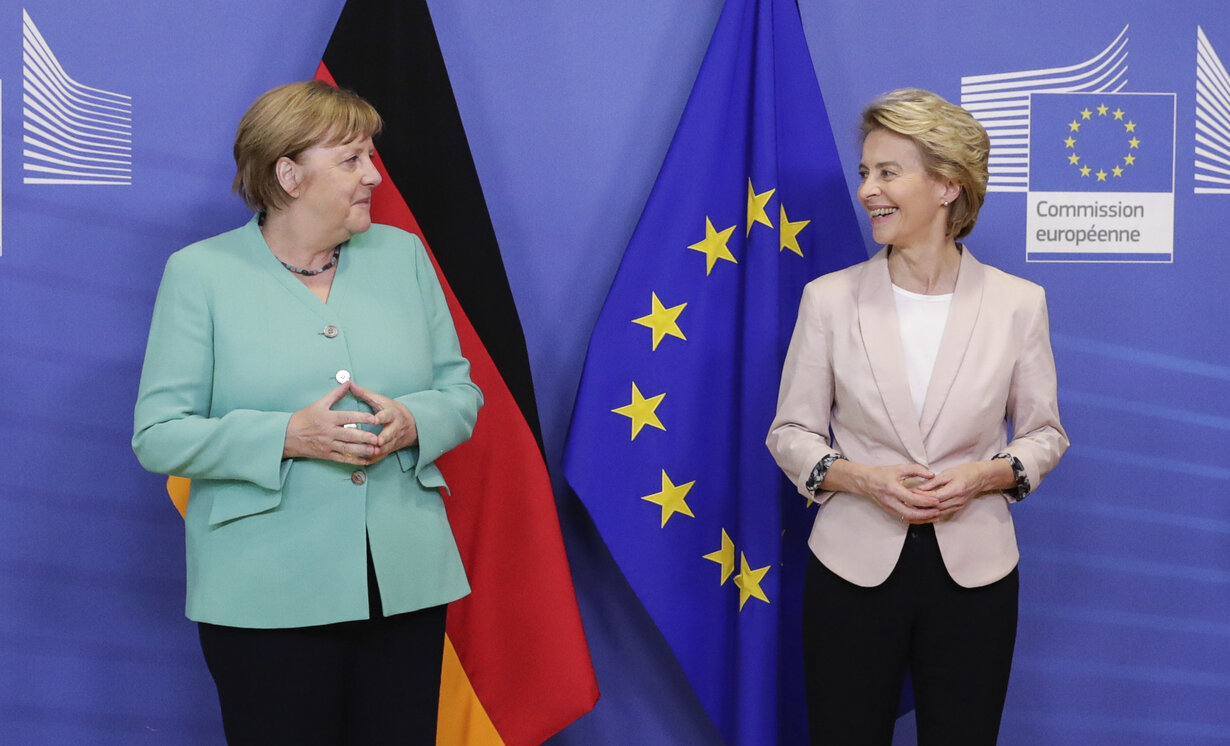 In Germany, there is a heated debate about the EU’s reasoning behind not ordering more doses of the coronavirus vaccine from Germany’s BioNTech. Some German media believe that the European Commission has succumbed to pressure from Eastern Europeans who feared the price would be too high. Attempts by France to push through the vaccine by the French company Sanofi allegedly also played a role.

Not a manifestation of “artful negotiation,” but a “debacle.” This is how journalist Jan Fleischhauer from the German weekly Focus described Brussels’ strategy in buying vaccines. He accuses the European Commission of not buying enough vaccines from the German company BioNTech because the representatives were looking too much at the price.

“When you buy basic goods, if you don’t know which supplier is simply makes promises and who will actually keep their word, in the end, you order the amount that would be sufficient from everyone in any event. But that is exactly what the European Commission did not do,“ the commentator wrote. Instead, Brussels focused on the fact that “the vaccine is too expensive for Eastern Europeans.”

German media report that Eastern European countries initially had reservations about the BionTech vaccine, which the German company distributes in cooperation with the American pharmaceutical conglomerate Pfizer, initially due to the high price. They preferred a significantly cheaper vaccine from AstraZeneca. The pressure of Paris, which pushed the vaccine from the French company Sanofi, also supposedly played a role in the decision.

Brussels decided to order more vaccines from different manufacturers in November. “When we negotiated the purchase of vaccines, it was not certain which would be the first to be approved. We tried to ensure the widest possible range of sources,“ said Commission spokesman Stefan de Keersmaecker.

According to the list of purchase prices of vaccines published in December by Belgium’s budget secretary Eva de Bleeker, the EU wanted to buy one dose of the vaccine for 1.78 euros (46 korunas). In contrast, the vaccine from Pfizer / BioNTech cost 12 euros (314 korunas). According to the Washington Post, the EU bloc pays much far less for vaccines than the United States, except for Moderna, which was directly involved in the US government’s development.

However, according to Fleischhauer, the lower price is outweighed by the fact that vaccination is slower in Europe than in the United States or Israel, which also pays more for vaccines. “But in Brussels, of all things, they decided to save money on a vaccine that could end an emergency state.”

“Those who now criticize the EU for ordering only two or three times the amount requested did not know which of the announced vaccines would be most promising in August, and would otherwise write headlines such as ‘Giant waste: the EU ordered millions of unnecessary vaccine doses’ or ‘Unnecessarily billions,'” commented German MEP Daniel Caspary.

Bet on the wrong horses

However, other German politicians, such as Bavarian Prime Minister Markus Söder, are convinced that the EC bet on the wrong horse and blatantly ignored the right one. “It is difficult to explain that a very good vaccine is being developed in Germany, but elsewhere people are vaccinated faster. The EU has ordered too few vaccines and relied on the wrong manufacturers,“ said Söder.

The EU’s vaccination strategy also surprised BioNTech boss Ugur Şahin. “The assumption was that many other companies would come up with vaccines,” he explained as to why the EC had failed at the start of a vaccination campaign that was faster in other countries. “But then at one point, it was clear that many would not be able to deliver (vaccines) so quickly,” he told Spiegel in an interview.

According to Spiegel, BioNTech even offered the EC a larger number of vaccines, but Brussels refused. Spiegel attributes the decision to pressure from France, which was pushing a vaccine from Sanofi.

The French nationalist approach contrasts sharply with that of Chancellor Angela Merkel, who has chosen a “naive and submissive” attitude towards the EC because of “solidarity” with other European countries, Fleischhauer noted in his commentary. “What we (Germans) do not understand is that other countries do not give up their national interests simply because we are leading by example in Europe,” the commentator added.

The daily Bild claims that Merkel has forced the health ministers of Germany, France, Italy and the Netherlands, who have formed an alliance in regard to the coronavirus vaccine, to hand over the purchase of vaccines to Brussels. The four ministers wrote a “humiliating” letter to European Commission President Ursula von der Leyen, in which they handed over the helm when buying EC vaccines.

German Health Minister Jens Spahn defends Germany and the EU. According to him, Germany has ordered enough vaccines, but the problem is production capacity. Wolfgang Schäuble, President of the Bundestag, has previously rejected the criticism, saying that developed countries should not accumulate a vaccine at the expense of poorer ones.

Title image: German Chancellor Angela Merkel, left, speaks with European Commission President Ursula von der Leyen prior to a meeting at EU headquarters in Brussels, Wednesday, July 8, 2020. Germany had just taken over the European Union’s rotating presidency and has had to chaperone the 27-nation bloc through a period of deep crisis for the following six months and try to limit the economic damage inflicted by the coronavirus. (Stephanie Lecocq, Pool Photo via AP)