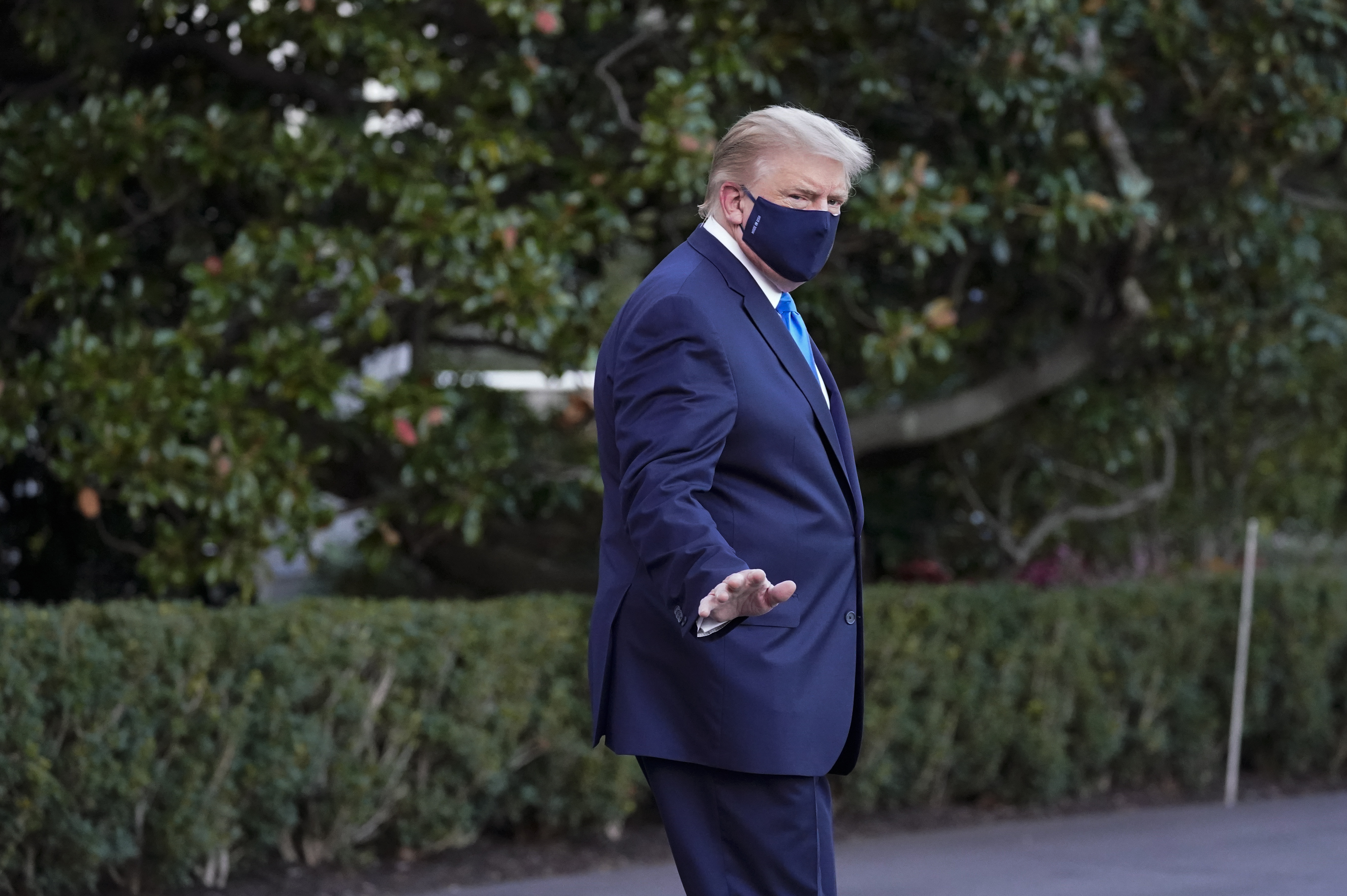 Donald Trump’s virus infection exploded like a bomb in the world press, igniting the campaign machines and propaganda units in the United States and beyond, which all sprang into action the moment the news hit the wires.

In fact, they knew this could happen, and that in such a circumstance, everyone would have to follow a completely different strategy. With the president campaigning from quarantine, it could even be seen as a winning move in today’s completely crazy world.

Democrats have nothing to lose, and that is quite evident from how deep the standard of the campaign has sunk on their side. Trump, according to their messaging, is a crazy, racist murderer hated by everyone, and this message is spread across all appropriate forums. The word goes out on the super-democratic social networks, which are also censored specifically for political reasons, telling us how to deal with the situation when one of our family members votes for Trump, the sp-called killer.

We are smart and liberal, we are inherently good and, normally, wouldn’t stoop to such lows, but the Gospel is clear: Trump is the dragon to be defeated, who always loses in the end, even in the folktales.

Somehow, even the character of Borat, who is played by English comedian Sasha Baron Cohen, made an appearance. Cohen, whose bourgeois ennui has lost much of its appeal in recent years, timed the announcement of his latest movie just so and while at it and congratulated Trump.

The message here is clear: the president is only loved by people like Borat, the distasteful and rude monster.

We cannot afford to be naive, because they are not either. Every little step is planned in advance, every seemingly accidental remark has been carefully weighed by strategists. This includes inciting the black community and exploiting the growing waves of violence, and harnessing the entire world press. It is noteworthy how vehemently the left-liberal British papers are campaigning against Trump, as if he were the leader of their country.

But this is a very dangerous game, as the huge noise also confuses the very ones who generate it, and makes them believe that Trump is in fact hated by everyone. The press may lament that the president is the devil himself, but it only serves to get the liberal elite to repeat the mantra to themselves until they believe that everyone thinks it too.

It had been that way for four years. Everyone confirmed in that little circle that they would then definitely stand up for Hillary Clinton, only for it to turn out that the world was different than they thought it was. And this is certainly very similar to the behavior of our liberal elite who find fault in the electorate after every “failed election” — in other words, an election that did not go their way.

Four years after Trump’s victory, Democrats keep mentioning that Hillary Clinton got more votes, so in fact she should have entered the Oval Office, and keep making that claim even though the United States has a well-established electoral system.

A virus epidemic is also a campaign ploy if sharp media minds and. The illness can bring votes or take them away, while the comedy on display has sunk to Borat’s level.

Title image: President Donald Trump waves to members of the media as he leaves the White House to go to Walter Reed National Military Medical Center after he tested positive for COVID-19, Friday, Oct. 2, 2020, in Washington. (AP Photo/Alex Brandon)